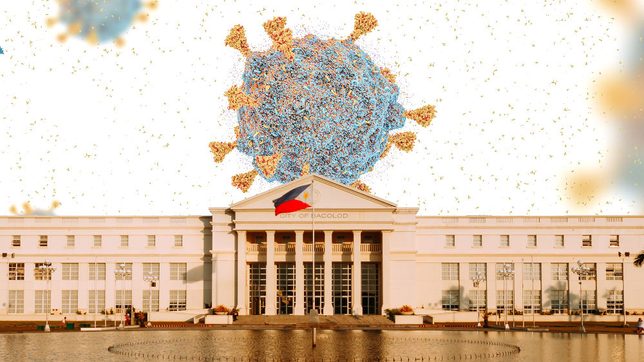 The city information office, in a press statement, also said health officials stationed at the BREDCO port in the city had seized a fake RT-PCR test result from an Iloilo City-bound resident of Hinigaran, Negros Occidental.

In a briefing with Leonardia and other city officials on January 3, Emergency Operations Center deputy head for contact tracing Dr. Rosalie Deocampo said the Omicron-positive patient was a 38-year old cruise ship worker who tested negative on a December 12 RT-PCR test in Florida.

He is fully vaccinated, receiving the Janssen vaccine in May 2021 and a booster dose in November, Deocampo said.

The returning worker traveled from Miami to New York where he took a 15-hour plane trip to Manila, arriving on the morning of December 15.

He developed symptoms on December 17 while undergoing mandatory quarantine in a hotel in Malate, Manila. He took the required RT-PCR test on December 19, his fifth day of Quarantine, and got his positive result the following day.

He transferred to the Overseas Workers Welfare Administration (OWWA) designated isolation facility in Manila on December 24 and walked out on December 31 with clearance as a fully recovered patient.

He immediately flew to Bacolod, where his wife fetched him at the airport.

Bacolod officials got word on Saturday, January 1, that the man had the Omicron variant.

Under DOH rules to prevent the spread of more infectious variants, city officials took the man and his wife to an isolation center and made them take RT-PCR tests.

They got the man’s positive result on the evening of January 3 but said the 36.7 cycle threshold indicates he “is less infectious. His wife tested negative.

The cycle threshold or CT value is the measure of the viral load of a patient, with a higher CT value pointing to a person being less likely to be infectious. The DOH takes random samples of patients with less than 30 CT value for genome sequencing to test for variants of concern.

Despite the man’s higher CT value, EOC chief Em Ang told Rappler they will extend his isolation for another seven days.

Deocampo explained that the Manila facility did not give the patient a second RT-PCR test because the patient was already asymptomatic from December 20 until December 31 and had already spent 16 days in quarantine/isolation centers.

It was not clear how the man answered the S-Pass question that asks if travelers have experienced COVID-19 symptoms, or tested positive, or been exposed to persons with COVID-19 in the last two weeks.

“This is apparently not a local case. This is an imported one based on the accounts made by the DOH and other experts. It so happened that his genome sequencing result came out late. But just the same, we have to take precautions,” Leonardia pointed out. – Rappler.com