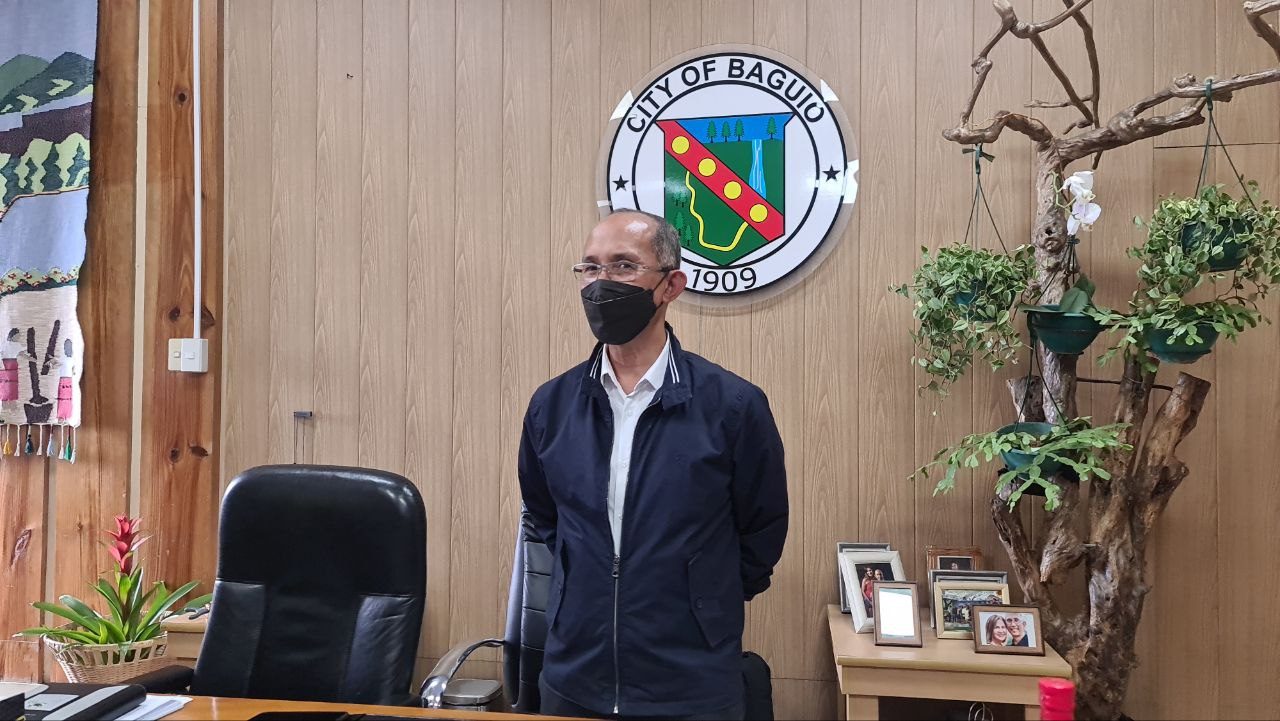 ACTION SPEAKS LOUDER. Mayor Benjamin Magalong said USec. Lorraine Badoy's accusations of government betrayal and collusion with communist rebels are baseless, and the RTF-ELCAC can attest to his contributions in the anti-insurgency campaign in the region.

Facebook Twitter Copy URL
Copied
'The only way we will be able to defeat and probably the best way to defeat the insurgents is through good governance,' Baguio City mayor Benjamin Magalong said.

During his March 22 press conference, the mayor expressed dismay for the “sudden attack,” saying NTF-ELCAC should have asked their regional counterparts about his performance as chair of the Regional Peace and Order Committee and co-chair of the regional-ELCAC.

“All they have to do is verify their facts. We have what we call fact-checking, due diligence, and due process. Sadly, due process was not observed, although they were saying that they were trying to get in touch with me,” Magalong lamented in mix English and Filipino.

According to him, accusing individuals without due diligence and due process is counterproductive and “creates more radicals, especially among family members.”

He said that NTF-ELCAC officials should be “more cautious and be more circumspect otherwise all the gains of the ELCAC will be lost.”

His appeal came after PCOO Undersecretary and NTF-ELCAC Spokesperson Lorraine Badoy, in a statement, accused Magalong of betrayal and protecting front organizations of the Communist Party of the Philippines-New People’s Army-National Democratic Front of the Philippines (CPP-NPA-NDFP).

Badoy, who is facing several red-tagging complaints before the Ombudsman, was reacting to Magalong’s order prohibiting posters in the city that red-tag activists, student leaders, and other Baguio personalities.

He made the directive during the March 12 dialogue with different cause-oriented groups in the city, who raised concerns about the intensified red-tagging campaign against government critics.

Magalong also assured members of the group that “as long as they are in the City of Baguio, they are safe.”

‘No right to judge’

Magalong acknowledged receiving several messages from NTF-ELCAC officials but failed to respond immediately. However, the mayor stressed that “it does not give [the NTF-ELCAC] the right to judge him immediately of betraying the country and the government.”

“It pains me that after all these years of service, fighting insurgents from the time I graduated in 1982 until I was Special Action Force, I was leading my men upfront, not from the rear, fighting this communist terrorist only to be disregarded in an instant,” he said.

The mayor explained that he has always championed good governance, including engaging all groups and listening to their concerns.

“The only way we will be able to defeat and probably the best way to defeat the insurgents is through good governance,” he said.

According to him, those who attended the dialogue “have some issues with the government but they will not ally themselves with the CPP-NPA.”

“I saw them and I know some of them and it is but right to protect their human rights instead of them being displayed without due process. You will post and put them there – what will happen to their family, to their children, are we not radicalizing them?” he added. He pointed out that the NTF-ELCAC at local governments should be partners in the campaign against the communist rebels.

“I was exposed to this attack, without due process, without due diligence, and if they can do this to me, how much more to small municipalities?” he added.

“(T)he disgraced spokesperson now utterly disrespects the independence of the LGUs by pressuring them to sing their tune, and as usual, accusing those against their line as in cahoots with the CPP-NPA,” the statement said.

TTU and the Cordillera Human Rights Alliance (CHRA) commended Magalong for standing on his commitment.

“We appreciate Mayor Magalong’s daring move to diverge from the tentacles of red-tagging by assuring the safety of rights defenders and remaining open for continuous dialogue. It speaks of his character, especially when contrasted with the talking heads of the national ELCAC,” TTU stated.

“We commend the statements and actions being done by Mayor Magalong to address red tagging and other rights violations against human rights defenders in the city, but we continue to challenge him to review the State policies that legitimize such,” CHRA said. – Rappler.com