Facebook Twitter Copy URL
Copied
'There is still so much to be done and pushing through with the elections next year will disrupt ongoing development projects and other crucial tasks,' says BARMM Local Government Minister Naguib Sinarimbo

Officials of the Bangsamoro Autonomous Region in Muslim Mindanao who are pushing for the postponement of their 2022 elections called on Congress to act on the proposed measure next week so that they could focus on their work and rid the BARMM of speculations and uncertainties.

Sinarimbo, who also serves as the BARMM spokesman, said the region’s officials were expecting senators to approve Senate Bill No. 2214 on Monday, September 6.

The Senate approved on second reading an amended version of SB 2214 on August 25, which postpones the region’s elections by three years. In effect, it extends the transition period and the term of BARMM’s transition body to 2025.

Sinarimbo said a House panel reconciled five versions of the proposal, and a committee report would be submitted to the plenary anytime soon.

‘Still so much to be done’

If enacted into law, the measure would give authority to the next president to appoint the 80 members of the Bangsamoro Transition Authority (BTA). Their terms expire on June 30, 2022, the same day the new Philippine leader assumes office.

Sinarimbo said BARMM Chief Minister Ahod Ebrahim has pointed out that “the call for extension is not for the incumbent to remain in office but to allow them to complete the essential task of building a strong Bangsamoro Region as agreed with the government.”

“There is still so much to be done and pushing through with the elections next year will disrupt ongoing development projects and other crucial tasks like the delineation of Bangsamoro waters, measures on taxes, and collection of fees,” Sinarimbo said. 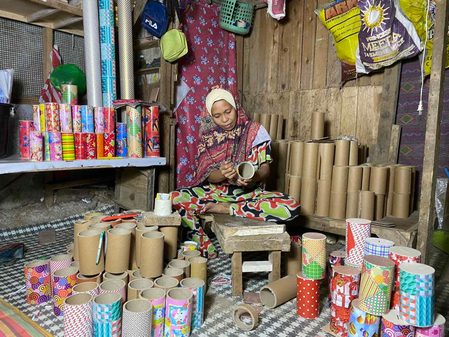 Besides, he said, the BARMM elections in 2022 would distract the region’s officials, especially members of the interim parliament, because they would be preoccupied with campaigning rather than completing their tasks.

‘Most crucial stage of peace process’

BARMM – created under the Bangsamoro Organic Law that was ratified through a plebiscite in February 2019 – replaced the Autonomous Region in Muslim Mindanao (ARMM). The expanded region includes the provinces of Maguindanao, Lanao del Sur, Basilan, Sulu, and Tawi-Tawi; and the cities of Lamitan, Marawi, and Cotabato.

BARMM Cabinet Secretary Asnin Pendatun said a transition period in a post-conflict setting “is the most crucial stage of the peace process.”

“It is during this period when new systems of governance, rule of law, and democratic institutions are put in place to sustain the legitimacy and gains of the peace process,” he said.

Pendatun said an extension would enable the BTA to prioritize tasks and see “the normalization process make significant progress in keeping with the CAB (Comprehensive Agreement on the Bangsamoro).”

He said the government has so far only given the former combatants 10% – or P100,000 each – of the agreed benefit package under the decommissioning program.