Batangas remains under GCQ despite lowest number of cases in Calabarzon

WALK. A beach in Batangas

Facebook Twitter Copy URL
Copied
To date, only the cities of Lipa and Batangas have their own fully functioning isolation facilities. Other municipalities are still using schools and evacuation centers, which are not properly equipped.

The province of Batangas will remain under general community quarantine (GCQ) for the month of December, despite having the lowest number of active cases in the Calabarzon region.

As of Monday, November 30, records from the Department of Health show that Batangas only has 598 active COVID-19 cases out of a total of 10,706 cases. This is significantly lower compared to the neighboring provinces of Cavite with 2,635 active cases, Laguna with 1,059, Rizal with 1,157, and Quezon with 989.

According to a high ranking official of the Batangas provincial Inter-Agency Task Force (IATF), the public has to understand that the number of active cases is not the only criteria used to determine quarantine classifications.

(The problem with Batangas is that its local government isn’t working; nobody’s setting up isolation facilities. We’re dependent on the national government’s Oplan Kalinga program. If we get placed under modified general community quarantine and cases rise, we won’t be able to handle it.) 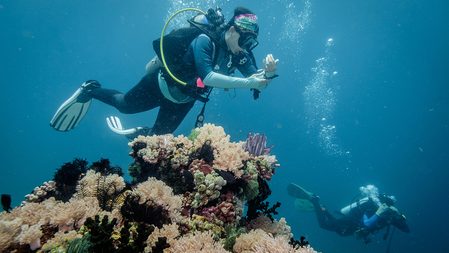 To date, only the cities of Lipa and Batangas have their own fully functioning isolation facilities. Other municipalities are still using schools and evacuation centers, which are not properly equipped. Even big companies in the province have not built their own isolation units, citing lack of budget as the reason.

(We have more than 700 contact tracers, and each town has an encoder, but we still don’t have isolation facilities.)

Aside from readiness and capacity, the official said hiring personnel is also a major concern.

(We need an unlimited number of personnel, but even though nurses are paid over P30,000 and doctors are paid P50-70,000, there are still no applicants; they’re all afraid.)

Some cities and municipalities in the province of Batangas have requested to be put under MGCQ, a matter the official said they will have to raise to the regional IATF for approval. – Rappler.com