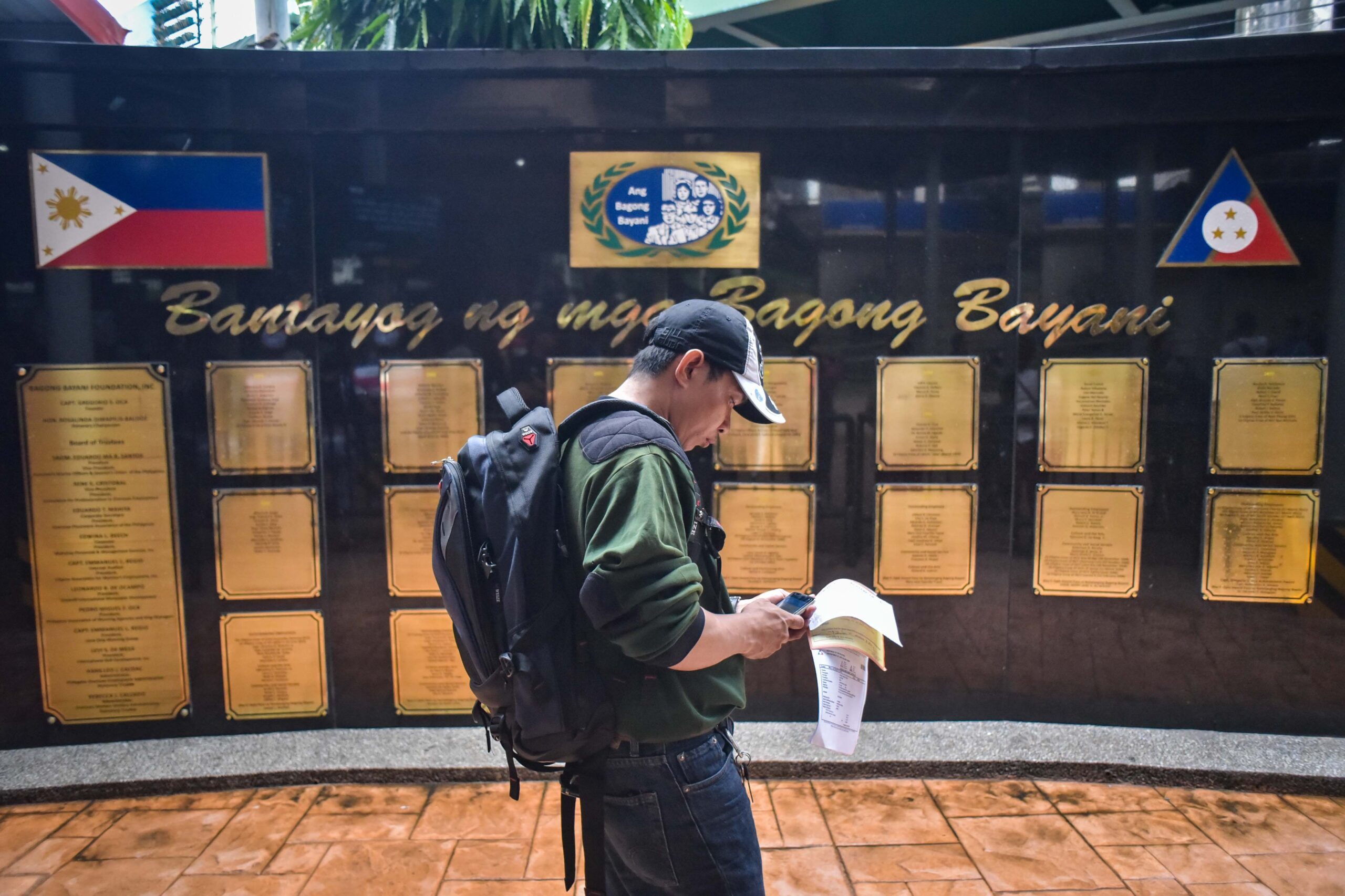 OFW. An overseas Filipino worker at the Philippine Overseas Employment Administration in 2017.

The amount is expected to be paid by December, when Saudi Labor Minister Ahmed al-Rajhi is scheduled to visit the Philippines.

Bello said the funds will be paid to OFWs who were forced to return to the Philippines after they stopped receiving salaries and benefits from their employers.

The announcement comes after Bello traveled to Saudi Arabia in the third week of October, where he met with Al-Rajhi in private to discuss the possible lifting of a Philippine-imposed suspension on Arab recruitment agencies that handled the deployment of OFWs whose salaries were left unpaid.

In a summary of the meeting from the Department of Labor and Employment (DOLE), Bello was quoted as telling Al-Rajhi that the Philippines would lift the ban “in exchange for the payment of salaries of the OFWs.”

The payment of P4.6 billion covers compensation of Filipino workers who were repatriated as early as 2016. The OFWs had won a suit on their unsettled pay, though the amount has yet to be paid by the Saudi government.

Bello said he was grateful his latest meeting with Al-Rajhi was “fruitful.”

Bello recently traveled to Saudi Arabia for the Abu Dhabi Dialogue, where he held talks with Asian countries on labor migration. The forum, DOLE said, was focused on promoting “safe, orderly, and regular labor migration in some of the world’s largest temporary labor migration corridors.” – Rappler.com