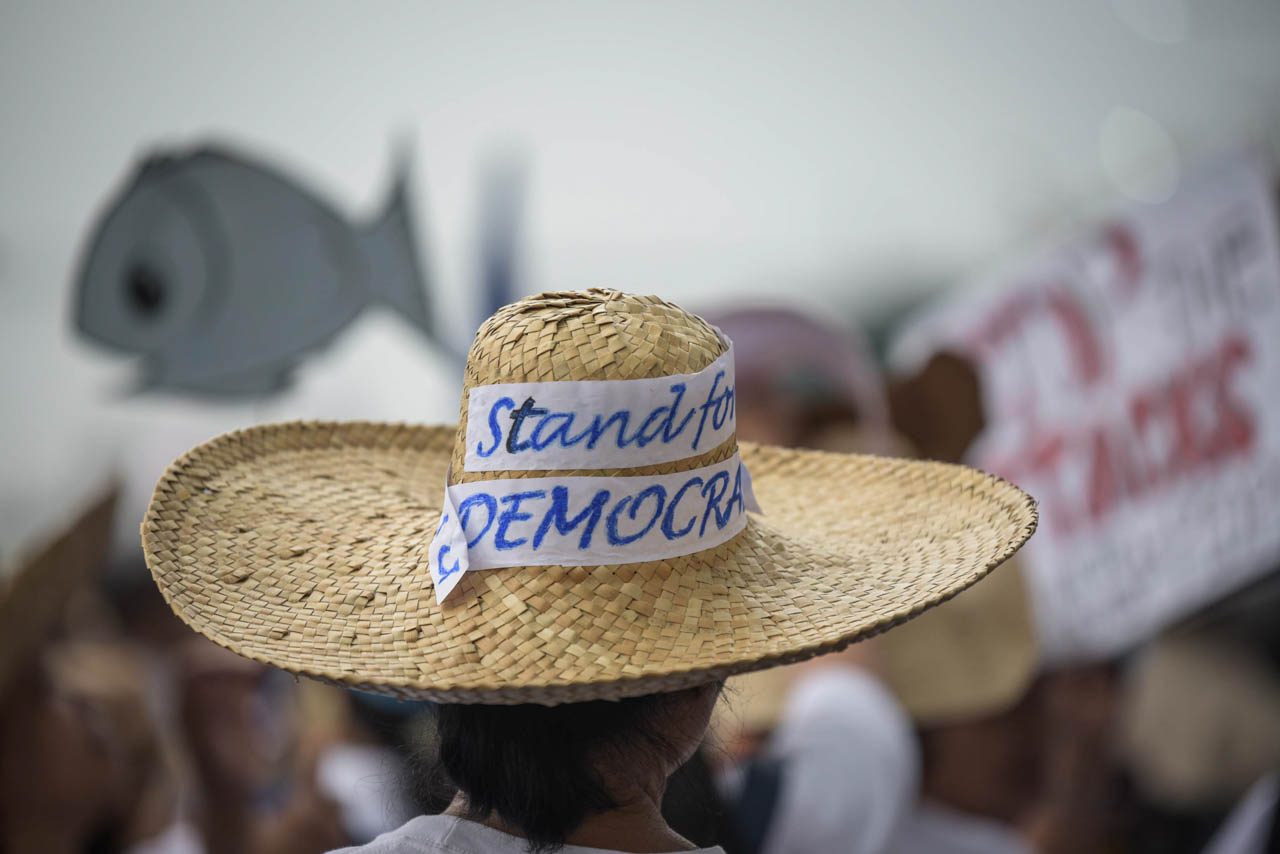 Despite heavy downpour, thousands rally along Commonwealth Ave. in Quezon City for the United People's SONA on July 22, 2019.

Facebook Twitter Copy URL
Copied
'We will allow to a limited extent demonstrations and protests because this has been the tradition for a very long time here in our city,' says Quezon City Mayor Joy Belmonte

Quezon City (QC) Mayor Joy Belmonte said on Tuesday, July 21, that protests and demonstrations are allowed in the city during President Rodrigo Duterte’s 5th State of the Nation Address (SONA) on July 27.

During a televised briefing aired on state-run PTV4, Belmonte said that protesters have to secure a permit to hold a rally, and should follow strict minimum health standards.

“We will allow to a limited extent demonstrations and protests because this has been the tradition for a very long time here in our city,” Belmonte said.

Belmonte, who had recovered from COVID-19, said that while they respect the right to expression and the right to air grievances, the city would impose strict protocols to would make sure that protesters follow the minimum health standards.

Belmonte said they will release guidelines for the conduct of protests in the city, including the number of protesters allowed in an area, the time period, and the areas allowed for demonstrations.

SONA protesters usually emanate from different points in Quezon City and converge along Commonwealth Avenue, marching to the Batasan Pambansa.

In SONA protests, activist groups usually deliver a counterpoint to the President’s report to Congress. The protests usually consist of marches and stage presentations, but Gamboa warned that mass gatherings continue to be prohibited under quarantine rules.

Malacañang had earlier said that despite the pandemic, Duterte will deliver his 5th SONA at the Batasang Pambansa Complex in Quezon City.