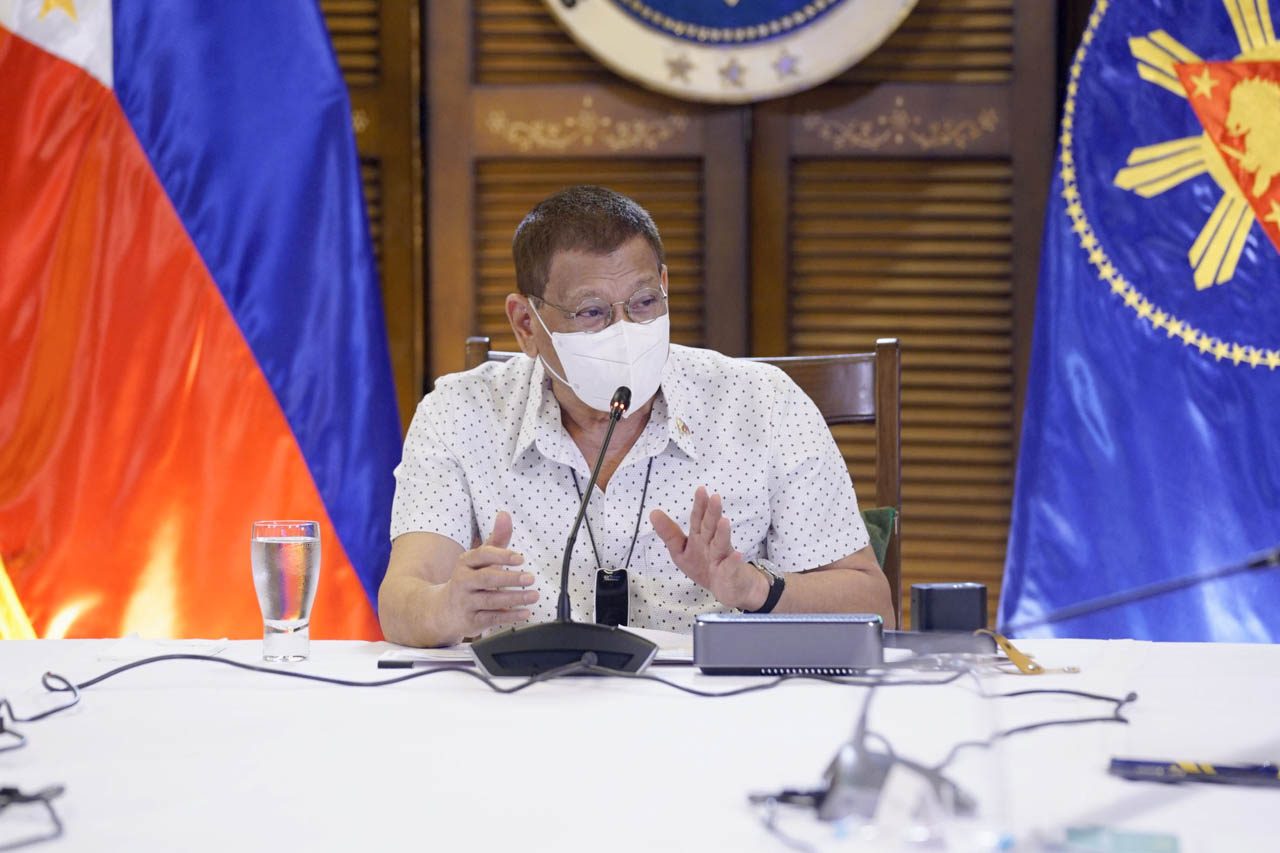 President Rodrigo Roa Duterte talks to the people after holding a meeting with the Inter-Agency Task Force on the Emerging Infectious Diseases (IATF-EID) core members at the Arcadia Active Lifestyle Center in Davao City on September 21, 2020. ARMAN BAYLON/ PRESIDENTIAL PHOTO

More than a quarter of the P140-billion fund provided by the Bayanihan to Recover As One Act cannot be spent on urgently needed pandemic response efforts because President Rodrigo Duterte is yet to approve its release.

Budget Secretary Wendel Avisado, on Thursday, October 22, broke down the components of the P46.2 billion in Bayanihan 2 fund requests that were currently pending before the Office of the President.

“Nakasaad kasi sa batas mismo (It says in the law itself) that only the President can approve of all of this,” said Avisado during a Malacañang press briefing.

P46.2 billion is more than 30% of the P140 billion fund set aside by Bayanihan 2 to help the country’s economy recover from the COVID-19 health crisis. A P25.5 billion “standby fund” brings the total of such funds to P165.5 billion.

Of this, only P4.15 billion has been released by the Department of Budget and Management (DBM) to agencies that would implement the various programs or give out assistance to needy sectors.

Roque could not say exactly why Duterte or his office was taking so long in approving the fund releases. But he told reporters to “ask again on Monday” (October 26) since he intended to ask Executive Secretary Salvador Medialdea about the matter before then.

“The OES (Office of the Executive Secretary) is just making sure that the funds are indeed needed and it will go to its intended beneficiaries,” said Roque.

Medialdea has not responded to Rappler’s queries as of writing.

It’s not clear how long the DBM’s Memorandum for the President on the budget releases has been with Malacañang.

But it’s been more than a month since Duterte signed Bayanihan 2 into law on September 11.

Senate Minority Leader Franklin Drilon called the slow release of funds “inexcusable and deplorable” while Senate President Pro Tempore Ralph Recto lamented that it would delay both assistance needed by families and the country’s economic recovery.

Avisado stressed that the DBM was not delaying the release of Bayanihan 2 funds on purpose and that the sluggishness of the releases was because the department wanted to be judicious about these funds.

(We can’t give out all the money because we know they still have much unspent funds. That’s part of our mandate on budget management.)

Apart from the P46.2 billion now awaiting Duterte’s go signal for release, the following fund requests are “on process,” according to Avisado.