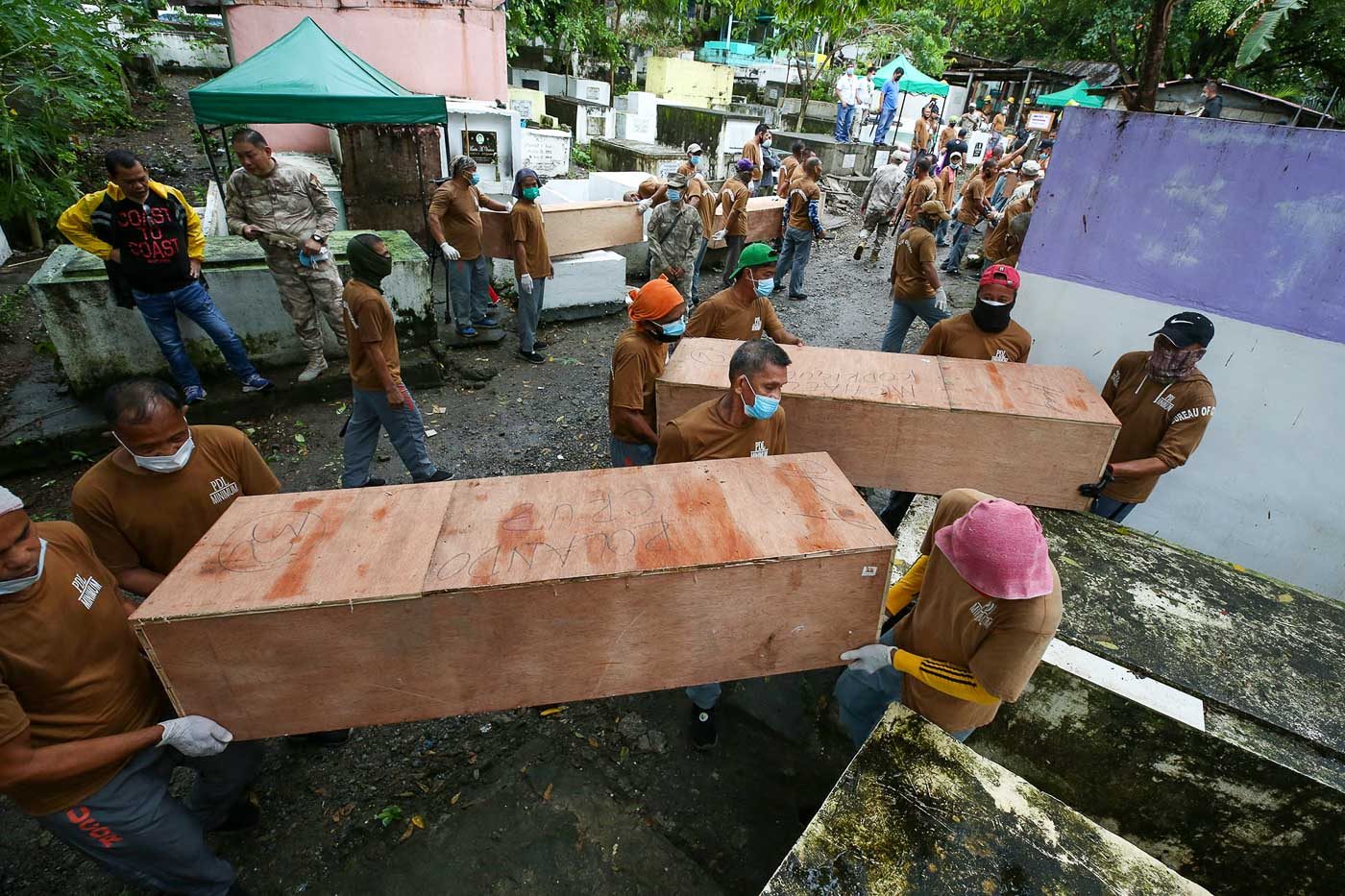 LAID TO REST. 60 persons deprived of liberty who died at the New Bilibid Prison (NBP) since December 2021 are buried at the NBP cemetery in Muntinlupa City on November 25, 2022, after a long overdue at Eastern Funeral Homes.

MANILA, Philippines – The Bureau of Corrections on Friday, November 25, said it buried 60 bodies of persons deprived of liberty (PDL) who died inside the New Bilibid Prison.

(Presently, out of the 176, we already buried 70 bodies. Only 106 are remaining at Eastern Funeral Homes, in which 60 will be buried. The 40 bodies that will remain, in case their relatives arrive, their consent would be asked for the autopsy.)

The BuCor official was referring to the 176 bodies of Bilibid PDLs, who were discovered by the authorities when they were working on the case of Jun Villamor, the alleged middleman in the Percy Lapid case. Villamor was killed inside the national penitentiary and his body was brought to the Eastern Funeral Homes, a Bilibid-accrredited funeral service.

Remulla: Cadavers of prisoners will be transferred to UP for autopsy The other 60 bodies will be buried next week, Villanueva said. The cadavers being buried are those who are already mummified, thus, cannot undergo autopsy.

Early in November, Department of Justice (DOJ) Jesus Crispin “Boying” Remulla said at least 120 cadavers will undergo autopsy under the University of the Philippines (UP) College of Medicine. DOJ chief Remulla said the justice department and UP will sign a memorandum of agreement for the autopsy, but he has yet to provide update on the signing.

During the Friday press conference, Villanueva said some of the families of the PDLs opted not to claim the bodies.

Villanueva cited that there were no claimants for the bodies so the bureau was compelled to take custody of the cadavers.

Based on the BuCor rules, families are given up to 90 days to claim the bodies of their dead loved ones. – Rappler.com