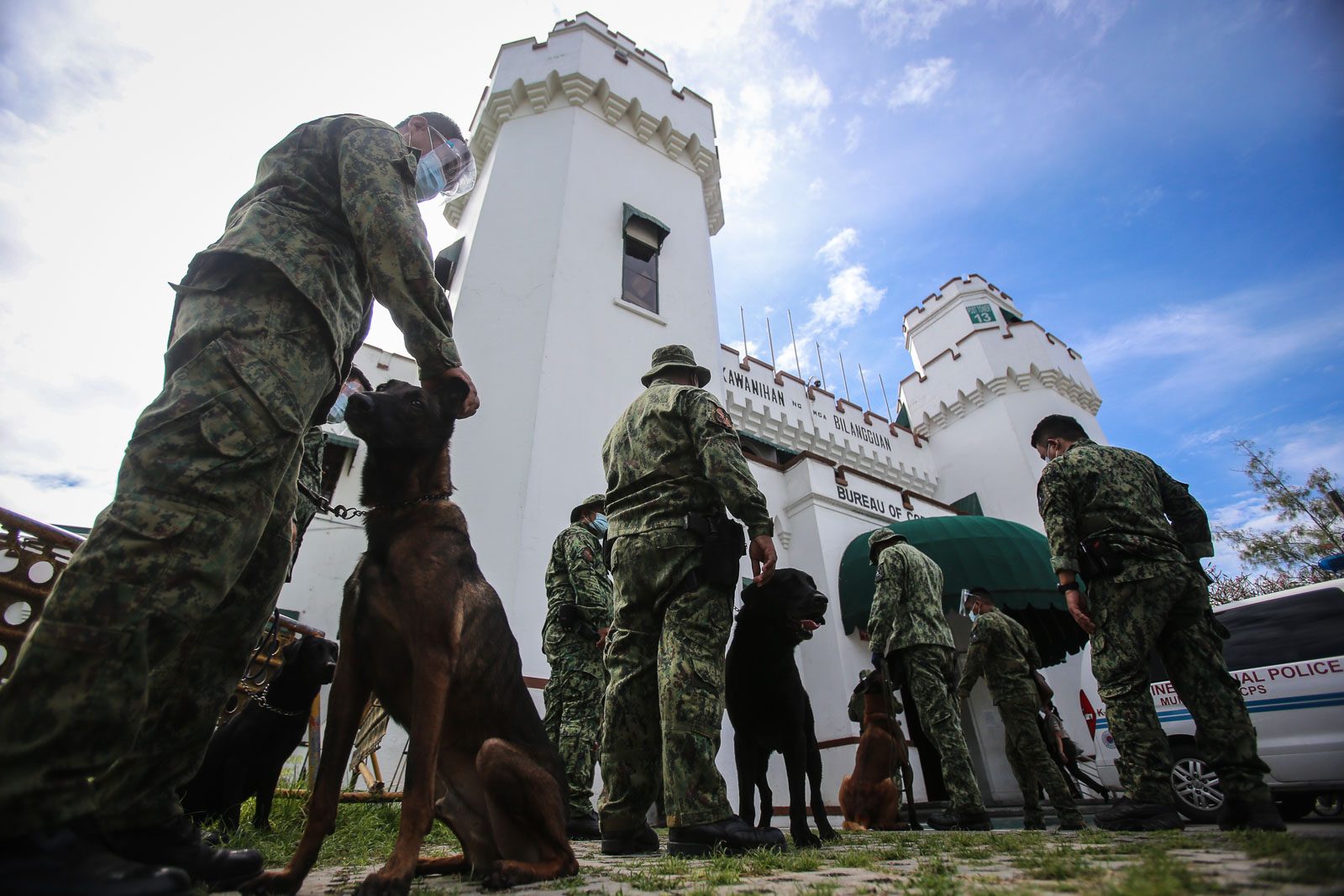 SECURITY. Armed Bucor personnel and the PNP Muntinlupa secure the entrance of the New Bilibid Prisons in Muntinlupa City after a riot broke out inside the national penitentiary in the morning of November 9, 2020.

At least 3 people were killed and 64 injured in a riot at the New Bilibid Prison on Monday, November 9, the second deadly brawl in just a month, prompting the Department of Justice (DOJ) to investigate the alleged negligence of prison officials.

Justice Undersecretary Emmeline Aglipay Villar confirmed the death toll and number of wounded, but added “we were told this might not be final yet.”

Police Special Action Force (SAF) and Special Weapons and Tactics (SWAT) teams have been deployed to the national penitentiary in Muntinlupa.

The Bureau of Corrections (BuCor) said “a free-for-all scuffle occurred at Maximum Security Compound” around 8:39 am on Monday.

It was only on October 9 when a gang brawl erupted also inside the Maximum Security Compound which left 9 dead, according to an initial toll by both BuCor and DOJ then. There have been no updates given since.

BuCor’s negligence would be investigated in light of the second riot, said Justice Secretary Menardo Guevarra.

“Definitely. These BuCor officials should have learned their lesson from the previous violent incident where several Persons Deprived of Liberty (PDLs) were killed,” said Guevarra.

Guevarra had already doubled down on BuCor the first time around, and ordered prison officials to report back “how such a violent incident could happen in the wee hours of the morning and last for hours, and why the prison authorities failed to detect and prevent such a huge gang war.”

“I will direct the National Bureau of Investigation (NBI) to conduct a parallel investigation or expand its ongoing probe into the previous violence,” said Guevarra.

“Usec. Gerald Bantag is on top of the situation and is closely monitoring and giving directions to the Operating Team,” the BuCor said in a statement.

BuCor is an attached agency to the DOJ but, the DOJ only has administrative authority over the bureau. Previous scandals in the BuCor had prompted Guevarra before to push for an amendment to the law so they could have more control.

During the pandemic, Bilibid has recorded a high number of deaths even as many of the convicts who died were never tested, Rappler’s investigations showed. High-profile drug convicts also died successively in a special building.

Guevarra had ordered the NBI to probe this, but the result of that inquiry is not yet known. – Rappler.com