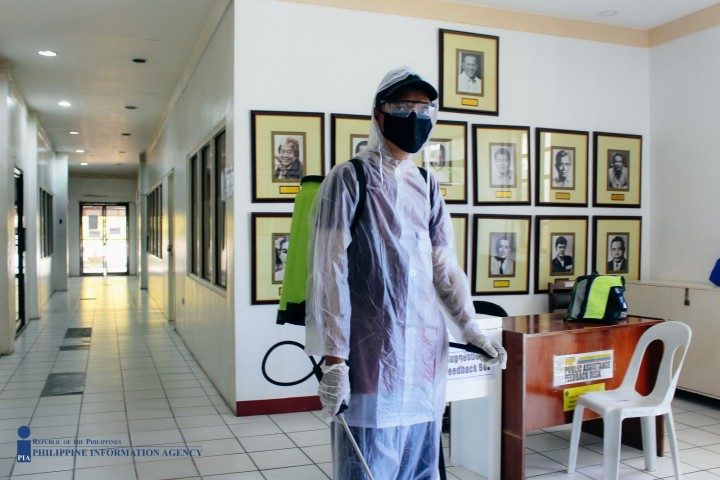 Facebook Twitter Copy URL
Copied
(1st UPDATE) Despite being under the rigid enhanced community quarantine, a family of 7 in Cagayan de Oro City is confirmed to be infected with the COVID-19 Delta variant

An entire family of seven, including grandparents, were isolated in Cagayan de Oro on Thursday, July 29, after they were found infected with the virulent Delta variant of COVID-19.

The family that included a 62-year-old grandfather and his 57-year-old wife, were immediately placed under isolation in an undisclosed temporary treatment and monitoring facility (TTMF) in Cagayan de Oro.

Mayor Oscar Moreno immediately ordered health officials to check if the highly infectious Delta variant had spread to the neighbors of the family in Barangay Balulang.

Moreno said if they found that the deadly variant had spread, he would order a granular lockdown in Barangay Balulang to stop it from further spreading.

“This is sufficient warning that local transmissions are taking a place,” Moreno said.

Aside from the family in Balulang, the city health office also found another Delta variant case in Barangay Canitoan.

Dr. Ted Yu of the Cagayan de Oro health office said this brought the number of Delta variant carriers in the city to 13, including the five cases discovered two weeks ago.

The discovery of new Delta variant cases came as President Rodrigo Duterte extended the strictest enhanced community quarantine (ECQ) classification of Cagayan de Oro on Wednesday until August 7 as COVID-19 cases continued to rise in the past weeks.

Yu said like the first Delta variant cases, the family was already sent home on July 18 after their swab tests for COVID-19 turned negative.

He said the Philippine Genome Center only informed them that the family was infected by the Delta variant on July 28.

“We had to ask them to return to the isolation facilty,” Yu told reporters during the daily press briefings in the city.

He said the entire family, which included the grandparents, an 11-month-old baby and a six-year-old girl, were brought to the isolation facility on Thursday morning. – Rappler.com

(Editor’s Note: An earlier version of this story said in the lead and in the subhead that it was a “family of 8.” It should be “a family of 7.” This has been corrected.)