RENEW. People wait for their turn to renew their business licenses outside city hall in Cagayan de Oro.

CAGAYAN DE ORO CITY, Philippines – The city government extended the deadline for the payment of local taxes and renewal of business permits by a month but rejected calls by businessmen for it to do away with penalties and surcharges incurred as a result of the pandemic.

Councilor George Goking, chairman of the city council’s trade and commerce, and ways and means committees, said the most that the local government could do was give business owners more time to settle their tax obligations.

City hall’s position, he said, was that it cannot legally condone penalties and surcharges retroactively.

Goking said city hall has obligations and its finances were tight.

“We need to generate revenues,” he said.

Mayor Oscar Moreno on Thursday, January 20, said city hall cannot resort to condonation because taxes are the lifeblood of the government.

But Moreno allowed the extension of the deadline for the renewal of business permits and local tax payments to ease the pressure on business establishments impacted by the COVID-19 pandemic.

Cagayan de Oro has been placed under the stricter Alert Level 3 category by the government until January 31 due to its rising number of COVID-19 cases.

The city council on Monday, January 17, approved the extension of the deadline for the renewal of business permits from January 20 to February 28 based on the request of the Cagayan de Oro Chamber of Commerce and Industry (Oro Chamber) due to economic losses brought about by the pandemic.

Oro Chamber president Ray Talimio said the group would appeal the decision of the city government not to forego the penalties and charges as a result of the pandemic.

“It is really possible,” said Talimio of the Oro Chamber’s appeal for city hall to do away with the penalties and charges incurred only during the pandemic. 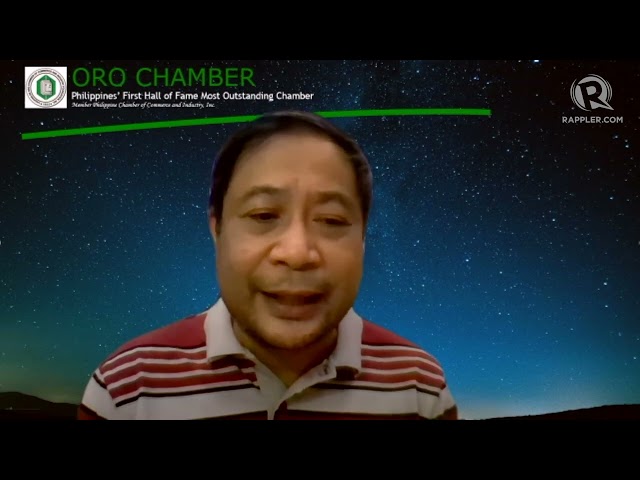 He said several local governments have done that to make things easier for business owners still suffering as a result of the pandemic.

Talimio said the city government would not lose much if it condoned penalties and surcharges because these were not factored in to begin with when officials prepared the local government’s budget for this year.

“We are in a pandemic. We are in a state of a national health emergency. It’s really justified,” Talimio said.

Goking said the Oro Chamber should appeal city hall’s decision but it should cite a legal provision that allows local governments to retroactively condone penalties and charges.

“The mayor contends that any exemption cannot be made even with the pandemic. If you (Oro Chamber) have a legal opinion on that, then we can work on something,” Goking said. – Rappler.com

CDO sweets and other treats: Memories of the good life in the old Kagay-an