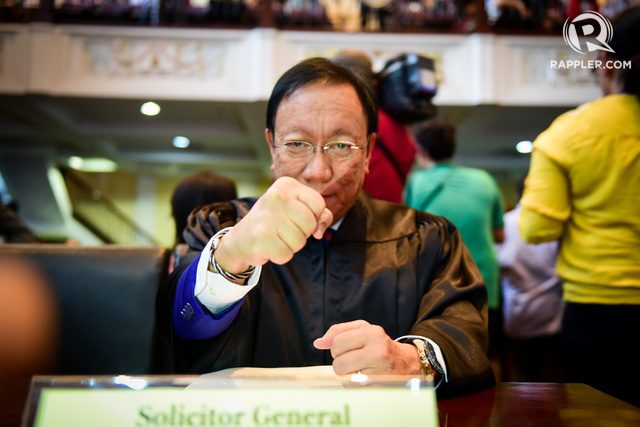 The Supreme Court holds oral arguments on the petitions of Sen. Leila De Lima vs Muntinlupa Judge Juanita Guerrero on the petition to nullify the drug cases against the detained senator and the arrest order by the Muntinlupa court. 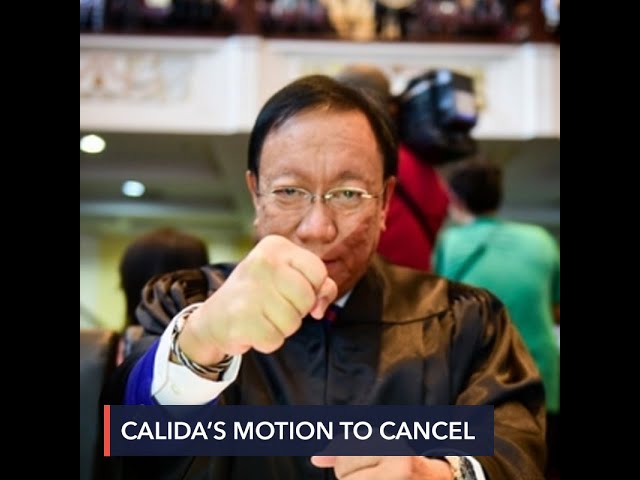 Solicitor General Jose Calida has filed an urgent motion asking the Supreme Court to cancel oral arguments over the anti-terror law, which the justices have initially scheduled for the end of September.

“In view of the logistical restrictions and health threats posed by the Covid-19 pandemic, as well as the provisions of the Internal Rules of this Honorable Court and pertinent jurisprudence, respondents respectfully move for the cancellation of, and propose alternatives to, the conduct of oral arguments,” Calida said in an urgent motion on Monday, August 24.

There are currently 29 petitions filed against the anti-terror law, and the Supreme Court said it would hold oral arguments by end of September “at the earliest.”

“The conduct of in-court oral arguments would necessarily entail the presence of the Chief Justice and the Associate Justices, at least 300 petitioners and their respective counsels, an estimate of 16 lawyers from the Office of the Solicitor General and their respective support staff, representatives from the respondents, and the members of the Office of the Clerk of Court,” said Calida.

“This clearly falls under mass gatherings that are prohibited in areas under General Community Quarantine,” said Calida.

Calida added even virtual oral arguments would violate mass gathering rules, because a group of people would still have to gather in one place.

“Note, as well, that some of these individuals are over 60 years old, who, according to the Inter-Agency Task Force (IATF), are even required to remain in their residences at all times,” said Calida.

Calida used the United States Supreme Court as an example, saying it has had to cancel 9 oral arguments during the pandemic, the first time it did since 1918.

But the Supreme Court pushed through with some oral arguments, via teleconferencing, and on big cases at that, involving President Donald Trump’s financial records. (READ: During pandemic, Supreme Court favors Duterte twice and makes others wait)

Calida said that if oral arguments were to be done virtually, the smoothness of the proceeding would not be guaranteed because of the “sheer number of parties and counsels and the uneven quality of local internet service.”

Calida said that they can just submit a memorandum, after which the justices can ask clarificatory questions.

In the urgent motion, Calida reiterated the government’s position that the Supreme Court has no jurisdiction over the petitions, and that the issue has not ripened into a justiciable issue because of lack of an actual controversy.

It is similar to the argument raised by Marcos-time solicitor general Estelito Mendoza who had asked to be an amicus curiae (expert resource person), urging the Court to dismiss the petitions based on lack of actual controversy. – Rappler.com