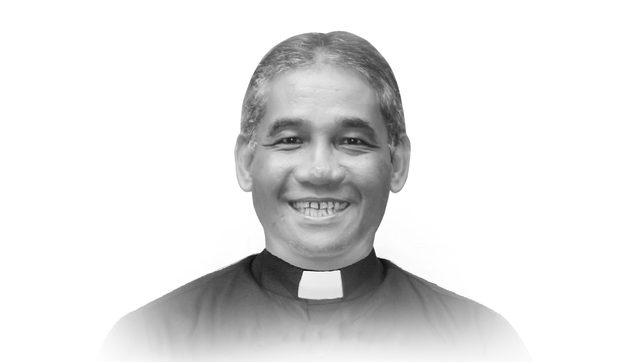 CATHOLIC PRIEST. A Catholic priest is among the casualties of Typhoon Odette in Cebu province.

CEBU CITY, Philippines – The Archdiocese of Cebu confirmed the death of Catholic priest Eliseo “Leo” Fernandez on Thursday, December 23, a week after Typhoon Odette made landfall in Cebu province.

Fernandez was the parish priest of the Santo Tomas de Villanueva Church in Badian town in southern Cebu.

“To our Brothers and Sisters in the Faith! It is with deep sadness to inform you that our dear brother priest, REV. FR ELISEO “LEO” FERNANDEZ is confirmed dead after identifying his body through his celibacy ring,” the Archdiocese of Cebu posted on its official Facebook account on Thursday.

The priest was first reported missing by Badian police on December 19.

The Archdiocese said his body was found floating on the shore near Toledo City on December 18, but it took several days before they could confirm that the body was Fernandez.

“Fr Leo’s brother also positively identified the ring as that of Fr. Leo’s because it also has his name engraved on it,” the Archdiocese said. “The clothes as described by funeral parlor personnel also matched the description of the ones worn by Fr Leo on the night he was washed away by the strong current,” they added.

This comes as the death toll continues to climb in Cebu island.

As of Thursday, December 23, the province confirmed 63 deaths here due to Odette, according to accounts by the local government units.

In Metro Cebu, there were 17 deaths reported in Cebu City, Mandaue recorded seven deaths, while eight casualties have been reported so far in Lapu-Lapu City.

This brings the total number of casualties in Cebu island up to 95.

The Central Visayas region so far has the most deaths due to Odette at 170, according to accounts by the Philippine National Police (PNP). This count may be different from the deaths reported by the individual LGUs and the Office of Civil Defense.

Not all local government units in the region have reported casualties in their locality due to the slow signal in most areas.

Aid has also been slow to reach the hard-hit areas of Cebu.

Malabuyoc town, one town that has been isolated from the rest of the province about an hour south of Badian, reported only receiving aid a week after it was hit.

Cebu Governor Gwen Garcia placed the province under a state of calamity on December 17. – Rappler.com