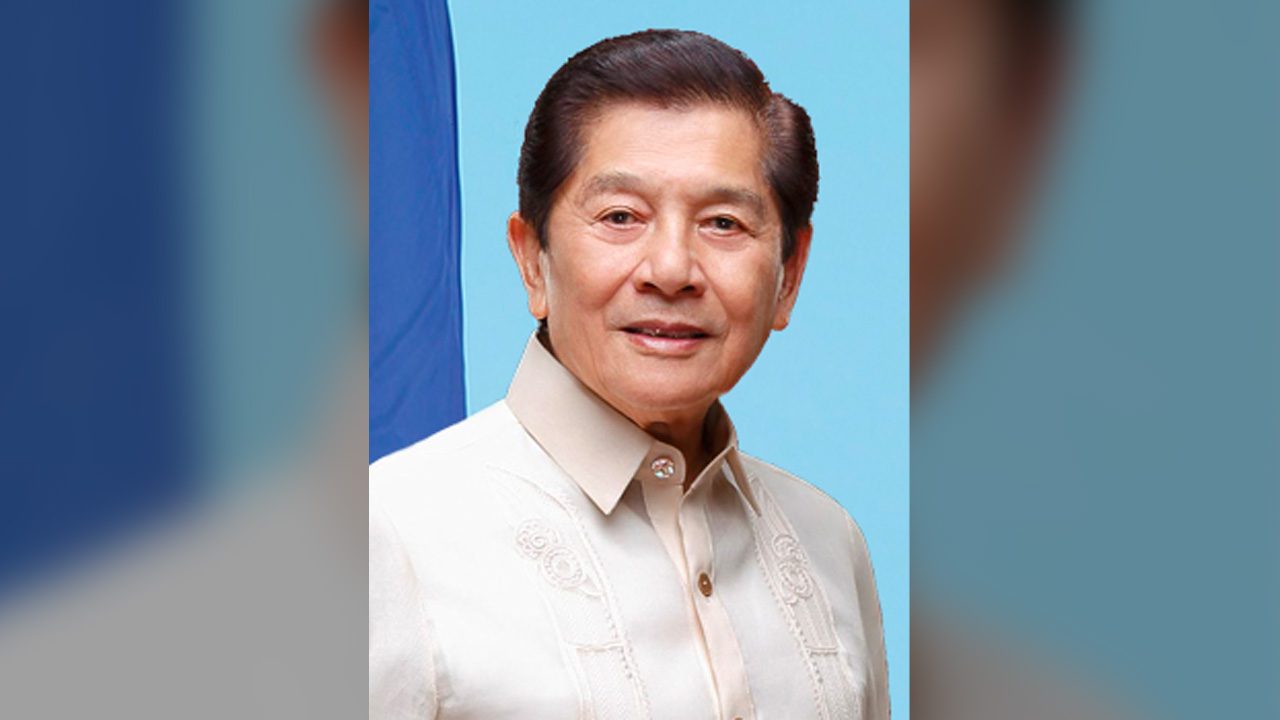 Facebook Twitter Copy URL
Copied
(5TH UPDATE) The veteran lawmaker, who never missed a day of work at the House of Representatives, was known as a champion of press freedom and the welfare of journalists

The House of Representatives Secretary-General Jocelia Bighani Sipin confirmed Del Mar’s death. Bighani said in a statement that Speaker Lord Allan Velasco will be issuing a statement on the veteran lawmaker’s death.

Del Mar served a total of 9 terms as congressman since 1986. He was reelected in 2019 and was still attending virtual sessions at the House of Representatives days prior to his death.

Del Mar was allied locally with former Cebu City mayor Tomas Osmeña and his party Bando Osmeña Pundok Kauswagan. He was a member of the Liberal Party (LP).

“We have lost a great Cebuano,” Cebu Governor Gwen Garcia said of Del Mar, whose death she learned about during a press conference on Tuesday afternoon.

“We didn’t even know he was sick. My sincerest condolences to the family of Congressman Raul del Mar. I pray the Lord grant strength to family during this difficult time. I pray for the eternal repose of his soul,” Garcia said.

She said that they served together in two congresses when she represented Cebu’s 3rd district in the House from 2013 to 2019.

“He was never absent. He would always arrive on time, and never leave until adjourned. He was that conscientious of his duty in the first district of Cebu City. He was well-loved and respected,” Garcia said.

Cebu City Mayor Edgar Labella declared a “week of mourning” – from November 17 to 22 – in Cebu City over Del Mar’s death. He said Del Mar sponsored “bills and resolutions that benefited a lot of Cebuanos” during his time in congress.

“With his death, we remember a coroful life of a public servant who who contributed to the development of Cebu” Labella added.

“While in the hospital, Representative Del Mar still proved his passion and commitment to public service, attending virtual plenary sessions and public hearings of the House of Representatives in order to fulfill his duties and mandate as a lawmaker,” Velasco said in a statement.

“Never a day in his job was he absent,” added the Speaker, who shared that he was planning to make Del Mar a deputy speaker.

LP also honored Del Mar and recalled that he was a “staunch advocate for the rights, safety, and welfare of journalists.”

“We condole with Manong Raul’s family and with Cebuanos on the passing of a statesman politician. We will remember him fondly as an ally, an advisor, and an exemplary public servant,” said LP president Senator Francis “Kiko” Pangilinan.

“Cong Raul has been our political and personal ally in the Liberal Party since 2012, and we have often worked together on various party matters. We remember his wisdom and immense experience as a public servant that has helped guide us time and again. It is a great loss,” Pangilinan added.

The Cebu Citizens Press Council mourned the death of Del Mar, saying he was an advocate for press freedom.

Del Mar was the principal author of Republic Act (RA) No. 11458 expanding the Sotto Law, which included journalists from broadcast and news agencies among the exemptions on revealing the source of published news or information obtained in confidence.