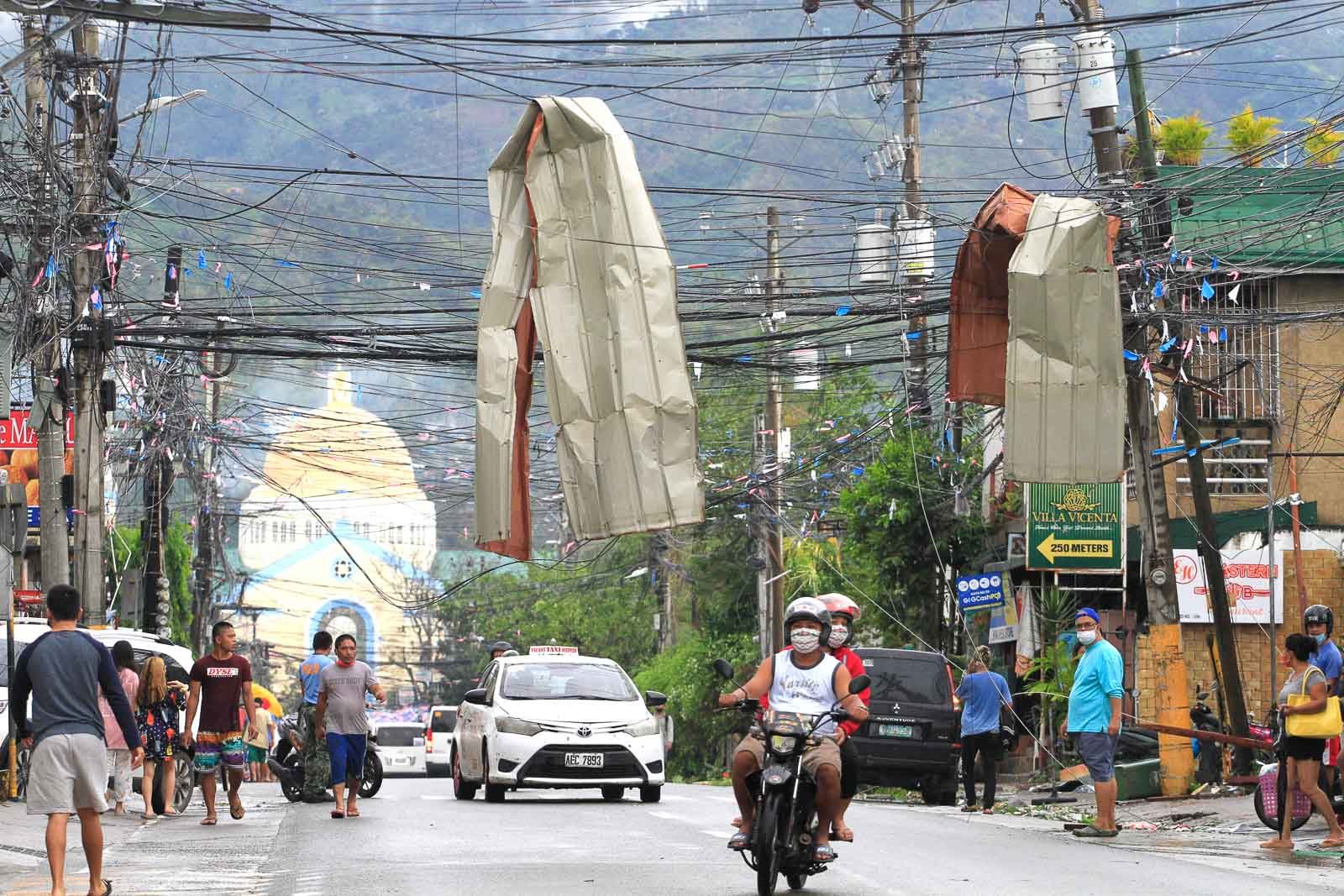 Cebu City residents clean up debris in the aftermath of Typhoon Odette after its onslaught midnight of December 17, 2021. Jacqueline Hernandez/Rappler

“Estimated damage is P1.7B and ang amo rang mahatag, as of now, is P1B, so asa mi mukuha sa remaining,” Rama said in a live-streamed press conference on Wednesday, December 22.

(Estimated damage is P1.7B and what we can give, as of now, is P1B, so where are we going to get the remaining?)

Rama also called on the national government to provide more aid to the premier Visayan city, still reeling from the destruction brought by the typhoon.

“We want our share of the assistance,” the city’s chief executive said.

Nearly a week after Odette pummeled the Visayas, the city was still in chaos. Most of the city remained without electricity, residents were struggling to find tap and drinking water, while others lined up for hours – or even camped out at gas stations, just to get a tank of gas.

Much of the debris can still be seen in the city’s streets.

Corrugated sheets that covered rooftops are still hanging on electric wires. Electric posts toppled by Odette’s fury are now propped up by wooden sticks. Cracks can be seen of the sides of concrete buildings. The walls of other structures were torn off by the typhoon’s howling winds.

According to the city’s data management chief, Martin Lorenzo Del Rosario, the data on the damage is an aggregate number based on surveys by the Cebu City Disaster Risk Reduction and Management Office and the Department of Social Welfare Services (DSWS).

Del Rosario added that the numbers could still increase as they were still waiting for a combined report from business establishments and the like.

Rama said that they will be distributing portions of the city’s P1 billion calamity fund to assist different sectors in Cebu City including agriculture, production of essential provisions, among others.

In the same press conference, Rama warned hoarders and businesses which are overpricing essential goods like water, to stop or else they will be arrested.

“We will look for them and arrest them. Tell me [where] I’ll go there and tell them that if you do not shape up, then I will arrest you,” Rama said.

Recently, there have been reports that the price of poultry meat has increased in areas of Cebu City’s markets.

In response to this, Rama directed the police and the city’s Business Permit and Licensing Office to vet said reports and apprehend business owners caught overpricing. 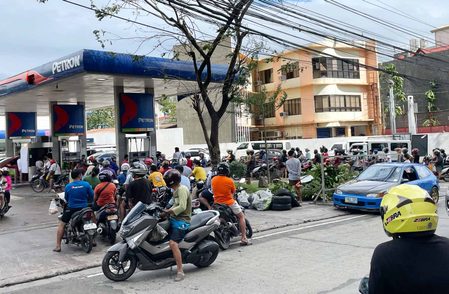 After reports of “fuel-hoarding” were found in multiple gasoline stations, Cebu Governor Gwendolyn Garcia decided to set limits on fuel purchases. Rama said that he considered issuing a similar order in the city last Tuesday, December 21.

But instead of taking similar measures, the Cebu City mayor ordered traffic and police personnel to impose a “No Stopping Policy” to prevent traffic congestion near gasoline stations. On the first day of the policy, however, many motorists were still seen lining up on the road for gasoline.

Motorists are only allowed to draw a maximum of 20 liters of fuel per purchase.

Buyers must also present proof that they have generators at home or in their establishments if they want to put in containers the fuel they purchase.

Rama urged the public to report incidents of overpricing to the LGU so they could check said erring businesses.

“Please, it’s Christmas and we have this malady. Please, don’t take advantage because if you take advantage, your enemy is me,” he said.

On Tuesday, the city promised to give P10,000 in cash aid to families of those the 15 who were killed by the typhoon.