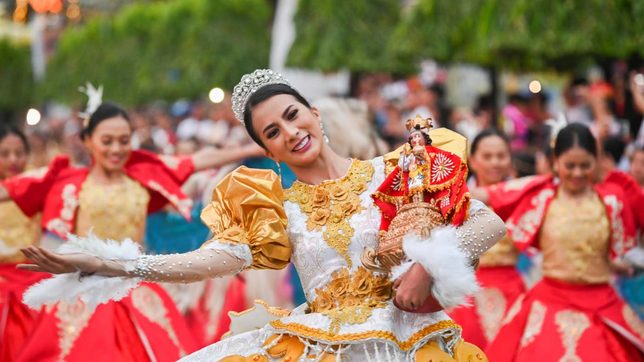 “We will definitely have Sinulog. It’s just a matter of what is the concept, what is the style, and what are the so-called iconic contemplated features,” Rama said in an interview with reporters streamed on Cebu Daily News Digital.

Rama said that next year’s celebration would likely be a hybrid of virtual and in-person shows.

“We’re looking forward [that] it will be side-by-side if massive vaccination is continually being accepted. And we will have a Sinulog that is a combination of virtual and physical,” Rama said. “Likely unorthodox, unconventional, innovative, and enhanced,” he added.

In January 2021, the city government and the Sinulog Foundation decided to postpone the virtual ritual showdown, the highlight of the Sinulog Festival, after the cancellation of physical events amid the post-holiday spike in COVID-19 cases.

Rama also reasoned that there are good reasons now to celebrate the festival because of the improved COVID-19 vaccination rate.

“As far as I’m concerned, there must be Sinulog. Last year, we had Sinulog and the year before it. The more reason for us to have Sinulog now,” he said. The mayor made the announcement as the city gets closer to reaching its vaccination target.

Health officials earlier reported that they have already administered first doses of the COVID-19 vaccine to 92% of the 719,000 eligible population as of Monday, December 6.

The city government would only need to vaccinate a little over 59,000 more residents to hit its target.

Once the vaccination target is reached, the mayor said the festival in 2022 could go back to being a fully physical activity.

The Augustinian Friars of the Basilica Minore del Santo Niño de Cebu previously said that the Fiesta Señor, or the Feast of the Holy Child Jesus, will hold all novena Masses online to prevent a COVID-19 spike.

The Sinulog Parade is normally held every third Sunday of January, on the last day of the Fiesta Señor novena.

Meanwhile, Rama also confirmed that the Cebu City Sports Complex (CCSC), the usual venue of the festival’s grand showdown, will be reopened on Thursday, December 16.

The mayor said that tha CCSC would be initially be utilized for pediatric COVID-19 vaccinations.

The city has recently ramped up its campaign for pediatric residents of whom 21,000 have received their first dose as of Monday, December 6. – Rappler.com