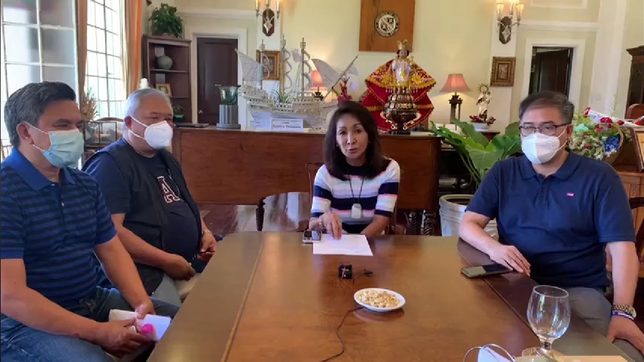 Photo is a screen shot from the virtual press conference streamed by the Capitol PIO.

Overseas Filipino Workers (OFW) and non-OFWs returning to Cebu will be swabbed again on the seventh day of quarantine on top of the required RT-PCR swabbing upon their arrival in the Province of Cebu.

“Dire sa Cebu, ang mga Cebuanos, i-swab sad (Here in Cebu, Cebuanos will also be swabbed). Pagka-gawas sa resulta (Once their results are released), they will be made to go home to their LGUs. Home quarantine and on the seventh day, we will include that, they will be swabbed again. Free of charge by the DOH,” Garcia said.

Earlier this week, on Monday, May 11, an ordinance was passed in the province laying down custom protocols for the direct swabbing of returning Cebuanos from abroad upon their arrival. The same ordinance says the returning Cebuanos from abroad will only need to stay in accredited hotels until their swab results are released. Then, they would be free to return to their home local government units subject to respective health and quarantine protocols.

This slightly veers from the recently established policy of the Inter-Agency Task Force for Emerging and Infectious Diseases for returning Filipinos from abroad, which places mandatory swabbing on the seventh day of quarantine. In the national policy, returning Filipinos also need to comply with 10 days of hotel quarantine and four days of home isolation upon their arrival in the country.

Densing commented on Cebu’s protocols, saying they were “innovative”, but have gaps that need to be reconciled with so as to adhere to national standards.

“While there are gaps, those gaps are actually reconcilable and this is a continuing dialogue. And the gaps are being addressed immediately by the governor and IATF,” he said.

According to her, the Mactan-Cebu International Airport Authorities had to cancel flights for May 14, and May 15 due to the shortage in quarantine hotel rooms.

In the same press conference, Garcia also said transient returning Filipinos or those merely passing through Cebu to get to their localities must present the following in order to be allowed entry into the island:

They will also be swabbed upon arrival. They will be required to stay in quarantine hotels even after the release of their results until their next flight schedule. – Rappler.com