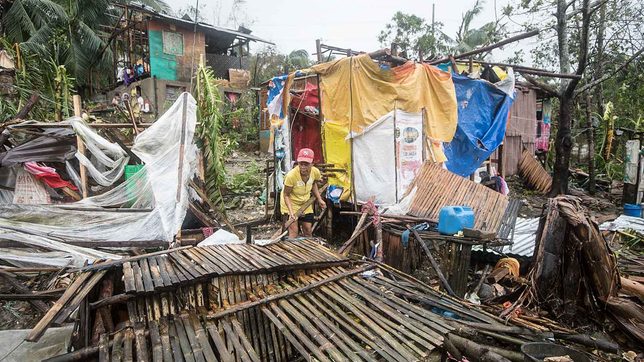 Facebook Twitter Copy URL
Copied
Board members will be allocated P10 million, and mayors P5 million each, to distribute after they submit an inventory of affected households in their jurisdictions

The Cebu provincial government will be providing assistance for the rebuilding of homes ravaged by Typhoon Odette, Governor Gwendolyn Garcia said in a press conference on Monday, December 27.

Under the system devised by the provincial government, affected households will each be provided with coupons carrying fixed amounts, which they may use to purchase rebuilding supplies in their local hardware stores.

“We will decide the amount per coupon. They will be given the liberty to choose unsa kabaga nga sin paliton, unsa ka baag ana plywood, unsa kabaga na lawanit (the thickness of the galvanized iron, the plywood, or the lawanit)” they will be purchasing, the governor said.

Garcia said she would soon be meeting with hardware, coco lumber, and nipa suppliers so they may be accredited by the provincial government. The coupons can only be used at accredited stores under the SugboNegosyo program.

The governor is also set to issue a price cap on hardware supplies needed for household rebuilding.

“We will be setting a price cap…. You can sell lower, but you can’t sell higher than that. If you want to be a partner of SugboNegosyo and you will charge higher than that, we will not pay you,” she said.

Board members and mayors are tasked to come up with an inventory of affected households under their jurisdictions.

In Cebu’s south, residents and local chiefs have reiterated that, apart from water and food, building supplies are among their immediate needs after Typhoon Odette wiped out almost 90% of homes.

Aside from house rebuilding assistance, road clearing is also among the provincial government’s top priorities to make the distribution of aid easier. The province is set to distribute its second round of relief goods to affected areas.

The province’s southern towns and cities are again accessible to four-wheeled vehicles. These include the municipality of Malabuyoc, which was once almost completely isolated from the rest of the island and accessible only to motorcycles.

One lane of Saliring Bridge, which connects Malabuyoc to its neighboring town of Ginatilan, is projected to be reconstructed for one-way use by Thursday, December 30. – Rappler.com