CHAOS. Crowds get rowdy as they gather outside the SM San Lazaro in Manila to get inoculated with the COVID-19 jab on Thursday, August 5, 2021, a day before Metro Manila reverts to enhanced community quarantine.

Facebook Twitter Copy URL
Copied
Some LGUs say the huge crowds stemmed from false information that unvaccinated people won't qualify for 'ayuda,' or won't be allowed to leave their homes at all

Multiple vaccination sites across the National Capital Region (NCR) and nearby provinces grappled with an unprecedented turnout of people desperate to receive a COVID-19 jab a day before the hard lockdown in the region.

In some areas, the chaos resulted in massive failure to observe minimum health protocols, seen as crucial at a time when the COVID-19 Delta variant threatens to further undermine the Philippines’ road to economic recovery.

In Manila, police estimated that the turnout on early Thursday morning, August 5, could go as high as 22,000 across four malls operating as vaccination hubs. The huge crowds even forced the city government to halt inoculation operations at SM San Lazaro.

Vaccinations were also suspended on Thursday in two vaccination sites in Las Piñas – namely the Las Piñas Doctors Hospital and SM Southmall – due to the influx of people. Disgruntled residents took to social media to express their frustration over the disorderly process.

The Las Piñas Public Information Office (PIO) told Rappler that the long lines stemmed from false information that unvaccinated people would not be able to receive supplemental aid from the national government.

(One main reason for the long lines is the fake news that people who have not received the vaccine won’t qualify for financial aid.)

In Manila, many residents who fell in line supposedly received false information that unvaccinated people would not be allowed to leave their homes.

(Investigators found that there was an influx of people because they were afraid of the news that they won’t be allowed to leave their homes and would be arrested if they have not received a vaccine.)

For the record, President Rodrigo Duterte had said he wanted police and barangay captains to restrict the movement of people unwilling to get a COVID-19 jab. During ECQ, only authorized persons outside residence can go out of their homes.

The Manila LGU said it was also surprised by the unusually high turnout in malls, with SM San Lazaro grappling with as many as 10,000 people before it halted operations.

He added that many of those who fell in line came from provinces such as Cavite, Bulacan, Laguna, and Rizal.

(Many of those who rushed to the sites did not know that they had to present a QR code before they become eligible for vaccination in Metro Manila.)

This is not the first time Manila’s vaccination system raised some eyebrows, as it does not provide a specific time schedule for people. In previous occasions, many had to fall in line for hours, as early as dawn, and sometimes, brave floodwaters.

Ensuring a safe vaccination process must be a top priority for LGUs in Metro Manila, especially as it targets to administer all 400,000 COVID-19 jabs set to be allocated to the region by the national government during the ECQ period from August 6 to 20.

The targeted daily vaccination output stemmed from the region’s goal to raise its vaccination coverage to 45%, only 5% shy of the “population protection” target. 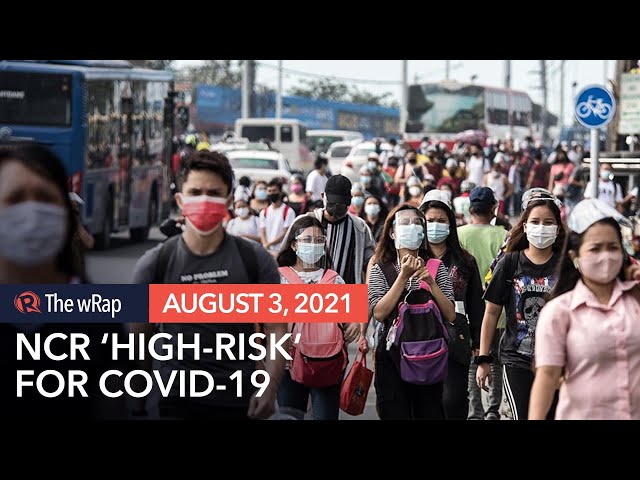 Metro Manila is no stranger to a coronavirus variant-driven surge, having experienced one in March. But the presence of the Delta variant threatens to make disorderly vaccinations a super spreader event. – Rappler.com