Tom and MIguel, not their real names, appear at a press conference accompanied by their lawyer Atty Aaron Pedrosa and gender equalitiy advocates at the Commission on Human Rights headquarters in Quezon City, to narrate the sexual abuse and harassment experienced at the hands of their teachers at the Bacoor National High School, on September 7, 2022. Jire Carreon/Rappler

MANILA, Philippines – The Department of Education (DepEd) said on Thursday, September 8, that administrative charges have been filed against five teachers accused of sexually abusing students at the Bacoor National High School (BNHS) in Cavite.

DepEd spokesman Michael Poa presented the agency’s preliminary investigation on the case during the joint press briefing with the Office of the Vice President.

“Out of the seven na teachers that were identified in the post, we have issued formal charges against five of them. I guess the question why only five out of the seven? We lacked evidence to identify the other two,” Poa said in Filipino.

The accused teachers were placed under “preventive suspension that is good for 90 days” as part of the filing of administrative cases against them.

Aside from the administrative charges, the accused teachers can still be sued criminally.

On August 29, the DepEd was alerted about incident following a viral Twitter thread that shared the alleged sex abuse experiences of some students with at least four teachers identified in the thread. The DepEd said that time that it was probing six teachers, but later on found that there were seven teachers identified. Rappler sources though said that there were four other abusers.

In a text message to reporters, Poa said that the five teachers were charged for “Grave Misconduct, Conduct Prejudicial to the Best Interest of the Sevice, and Violation of DepED Order No. 40, s. 2012.”

In a separate statement on Thursday, Poa said that the administration of Vice President and Education Secretary Sara Duterte has “zero-tolerance policy for all forms of abuses perpetrated in our schools, especially against our learners.”

“We understand that reporting experiences of sexual abuse and violence are often hampered by fear and feeling of embarrassment, but we urge Kindergarten to Grade 12 victim-survivors to report these incidents directly to the Office of the Secretary,” he added.

The DepEd is encouraging victims to directly reports incidents of abuses directly to them.

Sexually abused students on Wednesday, September 7, said they wanted to meet with Duterte to discuss how to make schools safe spaces for students.

“We’re calling for Sara Duterte, not just as the current DepEd head but also as a mother, to meet us for a closed-door open dialogue so we could talk about reforms in policies,” said Sophia Beatriz Reyes, lead convenor of Enough Is Enough (EIE). 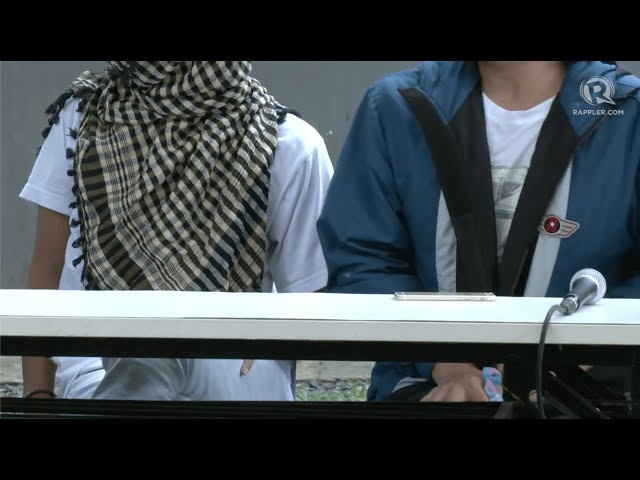 EIE is an organization formed by sexually abused victims from Bacoor National High School, Philippine High School for the Arts, and Far Eastern University Senior High School. The group is calling for the DepEd and the Commission on Higher Education to “decisively address the widespread cases of sexual abuse and harassment in schools. – With reports from Almira Coleen and Ashley dela Vega/Rappler.com