VISIT AFTER THE CRASH. PNP chief Dionardo Carlos visited the police officers injured in a chopper crash. The airbus was off to fetch Carlos in Balesin Island, Quezon on February 21, 2022. 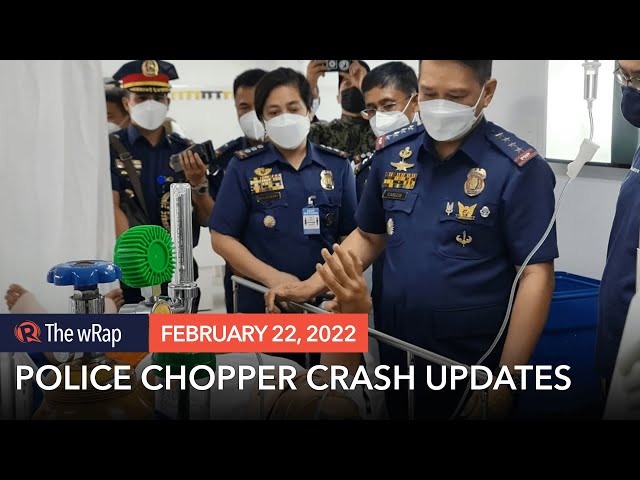 In a statement released to reporters on Tuesday, February 22, Carlos explained that he used the PNP airbus because of the supposed unavailability of a private vehicle in the luxury island.

“The following day, Sunday afternoon I traveled to Balesin island for private time and scheduled to return Monday morning via private transport. However, I was informed that due to unforeseen circumstances, said private transport would only be available in the evening of Monday,” the PNP chief added.

Carlos claimed that his usage of a PNP asset followed police rules:

“This prompted me to request for an admin flight to transfer/move me back to Camp Crame Monday morning so I can perform my duties. The flight directive was allowed and issued following PNP rules and regulations.”

Department of the Interior and Local Government (DILG) spokesperson Undersecretary Jonathan Malaya said the department sees no liability from Carlos. The DILG oversees the police.

“We don’t see any liability or anything wrong with a PNP air asset picking up the CPNP to go to an official function in Crame. The CPNP is [the] head of the police anywhere in the Philippines,” Malaya told Rappler.