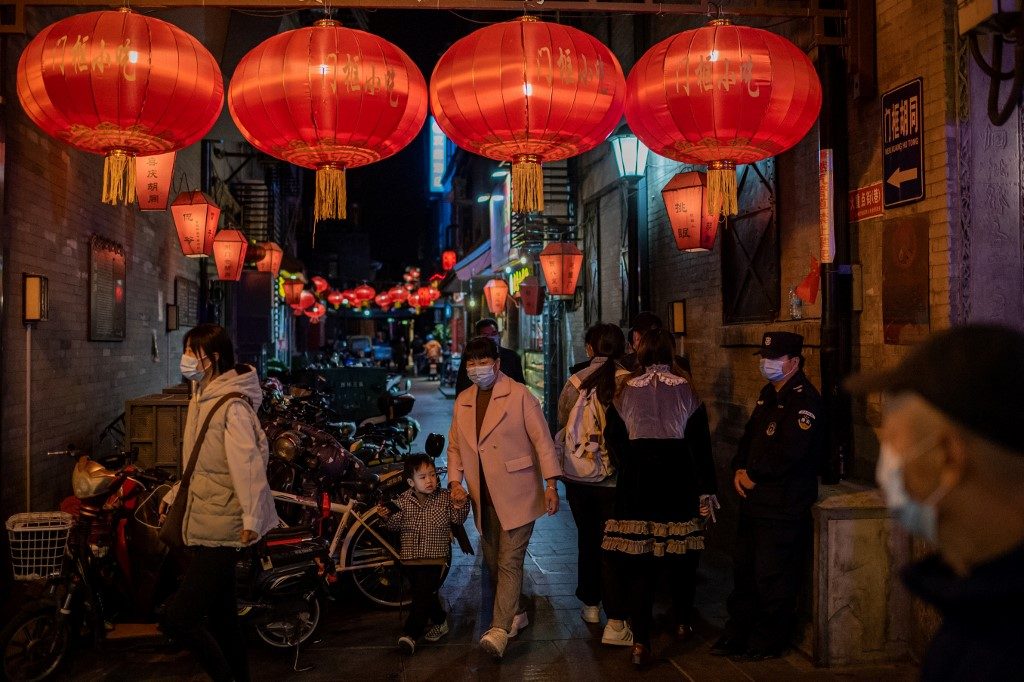 People wearing face masks as a preventive measure against COVID-19 walk on a street outside of a shopping mall complex in Beijing, China, on October 13, 2020. (Photo by NICOLAS ASFOURI / AFP)

China on Thursday, November 5, tightened entry restrictions on travelers coming from the Philippines, citing the the current COVID-19 situation in the country where transmission remained widespread.

In a statement, the Chinese embassy in Manila said that the Chinese government has suspended the entry of non-Chinese travelers coming from the Philippines to include those who hold valid visas and resident permits.

Holders of diplomatic, service, and courtesy visas are not affected by the latest move. Entry by non-Chinese nationals in the Philippines with visas issued after November 3, 2020, will not be also affected.

The Chinese government said foreigners who need to visit the country for emergencies could apply for visas at its embassy or consulates.

“The suspension is a temporary response necessitated by the current situation of COVID-19,” China said, adding the measures would be assessed as the situation evolved and adjusted accordingly.

Aside from the Philippines, China issued the same restrictions for the United Kingdom and Belgium.

Tourists coming from the Philippines, meanwhile, were still not allowed to enter, based on restrictions tracked by the Department of Foreign Affairs as of November 2.

China’s decision to limit travelers due to the COIVD-10 situation in the Philippines casts a shadow on the Duterte’s government’s response to the pandemic.

While the Department of Health has noted a 25% downtrend in the daily number of new cases over the past two weeks, the rate of people testing positive for COVID-19 remains above the ideal target of 5% recommended by experts to have the virus under control.

China, where the virus first emerged, is now seeing the opposite with infections largely controlled, making it one of the few countries in the world on track to economic recovery. – Rappler.com