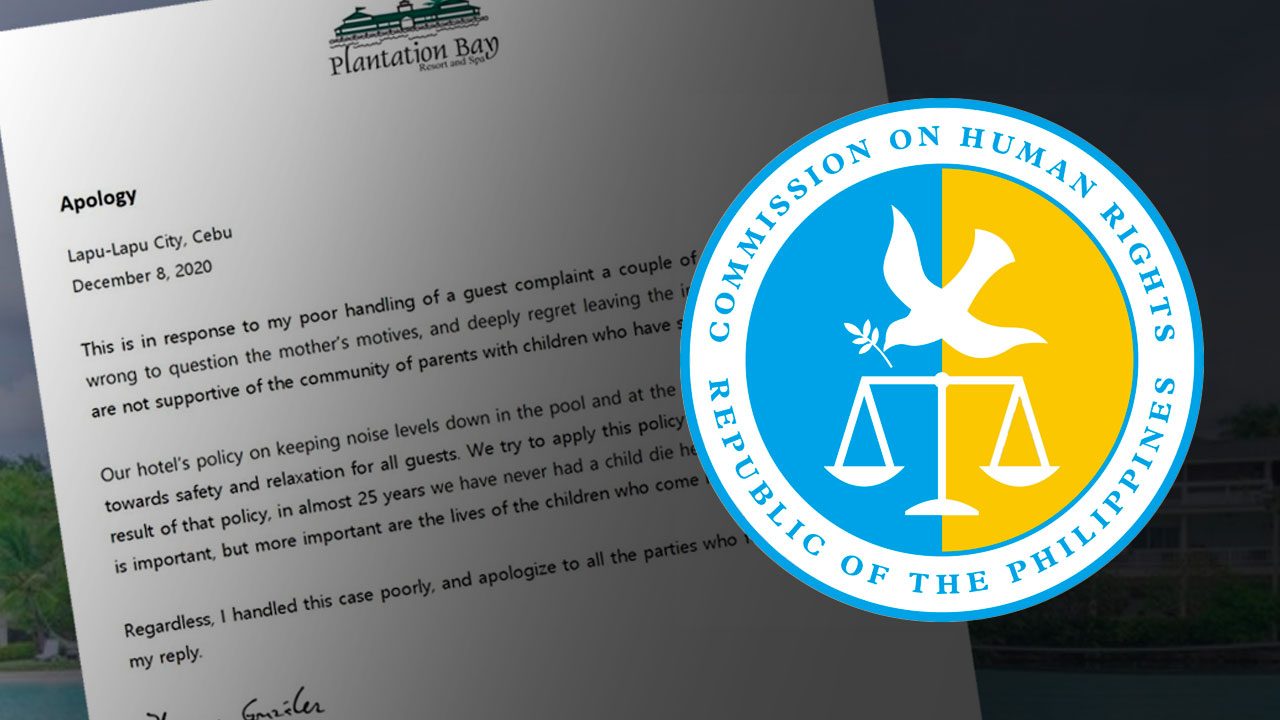 The Commission on Human Rights (CHR) launched its own investigation into the case involving the staff of Plantation Bay Resort and Spa who allegedly discriminated against a mother and her child with autism.

CHR Commissioner Gwendolyn Pimentel Gana told TeleRadyo on Saturday, December 12, that the probe of its regional office in Central Visayas is already ongoing.

(Our regional office in Region VII is conducting its own investigation….This issue is important because it involves the rights of a child and we are a signatory to the Convention on the Rights of the Child in the United Nations.)

The Philippines had signed the United Nations Convention on the Rights of the Child, which protects children against all forms of discrimination regardless of their ethnicity, gender, religion, language, abilities, or any other status.

“Ang batang may autism ay tinatawag na batang may special needs. Kailangan niya ng extra proteksyon at kailangan din ng magulang ng estado na protektahan ang karapatan ng kanilang anak,” she added. (A child with autism is described as a child with special needs. He or she needs extra protection, and parents and the state must protect the rights of the child.)

In a viral Facebook post, Cebu City resident Mai Pages said Plantation Bay’s staff had reprimanded her for her child’s noise even as she explained that her son had special needs. Pages said this was why she gave the resort a one-star rating on travel site TripAdvisor. 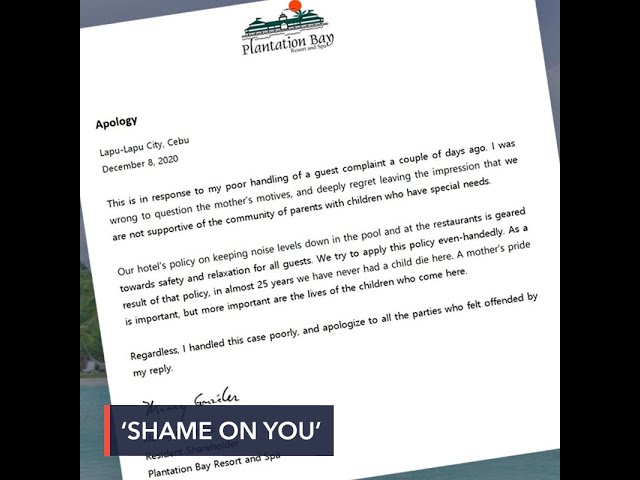 Resort owner Manny Gonzalez then replied that “uncontrolled shouting is not a symptom of autism,” triggering public backlash for his anti-autism remarks.

Gonzalez would later remove his controversial reply and instead posted an apology letter on Plantation Bay’s Facebook account.

The CHR is now the second government agency to look into the alleged discrimination case.

Last week, the Department of Tourism began probing into the Plantation Bay incident and said it will mete out “the proper administrative sanctions” on the resort.

Mayor Ahong Chan of Lapu-Lapu City, where Plantation Bay is located, also issued a statement saying all resorts in the city should be “havens” for persons with disabilities and senior citizens. – Mara Cepeda/Rappler.com