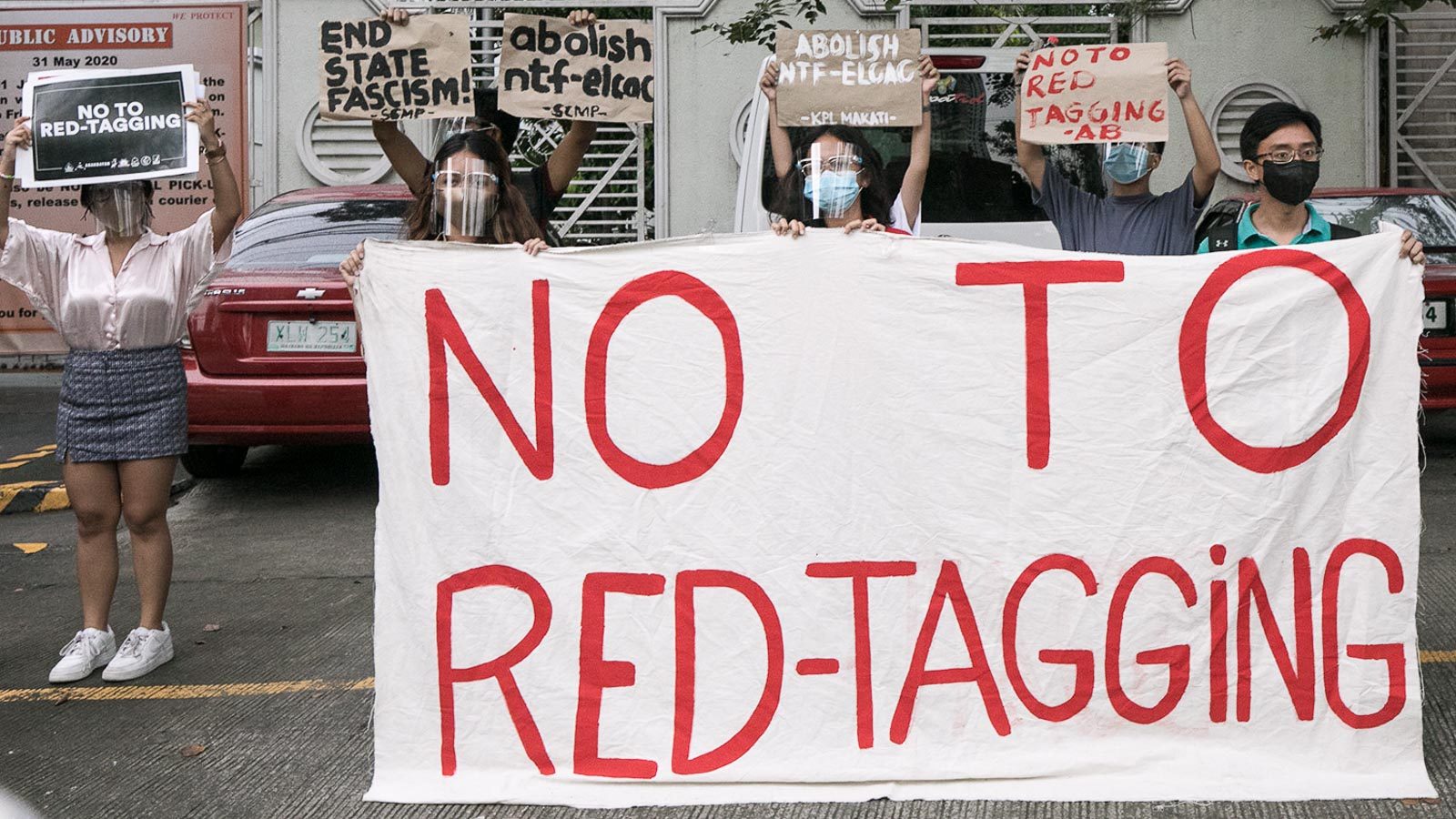 NO TO RED-TAGGING. Members of the League of Filipino Students hold a protest rally against red-tagging outside the Ombudsman on December 7, 2020.

Facebook Twitter Copy URL
Copied
'The taxes that serve as the lifeblood of the government are from the people and are presumed to be always intended for the greater good,' the Commission on Human Rights says

The Commission on Human Rights (CHR) on Monday, January 25, reminded the Duterte government to use its influence responsibly, in the aftermath of the latest red-tagging attempt by the Armed Forces of the Philippines (AFP).

In a statement, CHR spokesperson Jacqueline de Guia said that government actions that are funded by taxpayers’ money should not result in endangering people. (READ: Lives in danger as red-tagging campaign intensifies)

“This power to shape perceptions and options, coupled with the resources that enables them to do such, should always be put to good use,” she said.

“After all, the taxes that serve as the lifeblood of the government are from the people and are presumed to be always intended for the greater good,” De Guia added.

The statement comes after a Facebook post by the AFP Information Exchange falsely listed 27 people as “[University of the Philippines] students who became NPA (died or captured).” At least 7 of those named said they are considering filing a cyber libel complaint.

The AFP has since apologized for what Defense Secretary Delfin Lorenzana called an “unpardonable gaffe.”

While it noted the apology, CHR stressed that it continues to be a cause for “serious concern” considering it was not the first time that this happened. (READ: On social media, PH military declares war vs rights defenders)

The commission reminded the government, especially the AFP, of its obligation to “respect, protect, and fulfill the rights of all persons.”

“In this specific case, such obligation for human rights does not only include protecting groups and individuals from harm, but also involves ensuring that government actions do not put innocent lives in peril,” De Guia said.

The Facebook post from the AFP which tagged UP alumni as NPA rebels came after the Duterte government terminated the 1989 UP-Department of National Defense (DND) accord, which prohibits the police and military from entering the state university’s campuses without prior coordination with university officials.

This action is widely seen as an addition to Duterte’s intensified war on dissent, coming on the heels of the implementation of the anti-terror law. (READ: Duterte ushers in new level of danger for activists, human rights defenders)

Student councils and youth groups said it is a “desperate attempt” to silence dissent. – Rappler.com