The Criminal Investigation and Detection Group (CIDG) under the Philippine National Police has arrested the former councilor involved in the 2020 killing of Los Baños, Laguna mayor Caesar Perez, the CIDG confirmed on Wednesday, November 3.

Based on the CIDG’s initial report, former Los Baños councilor Norvin Tamisin was arrested by the personnel of the CIDG Batangas at around 5:01 pm on Tuesday, November 2, in Baguio City. Tamisin was involved in the death of Perez, who was killed inside the town’s municipal hall in 2020. 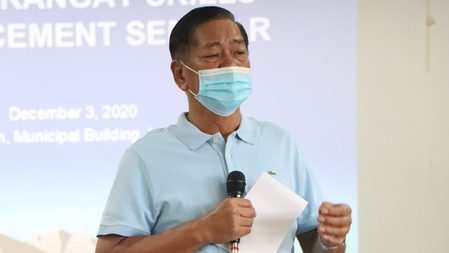 Personnel of the CIDG Baguio City and Laguna police also assisted in the operation against Tamisin, according to the CIDG. Tamisin was arrested by virtue of a warrant of arrest for murder charges filed against him.

The CIDG is currently preparing the complete report on Tamisin’s arrest.

On May 5, a special police task force that probed the case filed a murder complaint against Tamisin and a certain Glenn Arieta for their involvement in Perez’s death, according to a Philstar report.

Few days before Christmas 2020, on December 3, Perez was walking to the receiving area of their municipal hall when unidentified assailants shot the mayor twice to the head. The mayor was rushed to the hospital but later died.

The slain mayor was previously accused by President Rodrigo Duterte of being involved in illegal drugs. In 2017, Perez’s jurisdiction over their local police was removed due to his alleged involvement in the illegal drug trade.

Perez denied the allegations during his interview with ABS-CBN News in March 2019. He called the controversy “politically motivated” and alleged that a political rival was likely the mastermind behind his inclusion in Duterte’s “narco list.” – Rappler.com