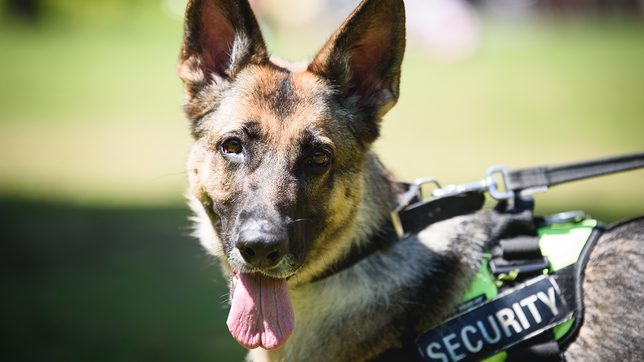 The Commission on Audit (COA) has set the guidelines for the adoption of retired government working dogs.

COA Circular No. 2021-011 dated October 15, 2021, which was uploaded on the COA website on Monday, October 25, also provides the proper disposition of culled working dogs or those that are no longer fit for work due to injury, disease, or poor evaluation performance.

The COA said the guidelines are necessary given the cost of caring for these animals, especially for agencies with limited resources, and to ensure that these dogs get “a modicum of decency in the remaining years of their lives.”

Under the circular, the primary mode of disposition is through adoption by interested individuals. They would be required to sign an adoption agreement form to get evaluated by the concerned agency’s Kennel Management Committee.

The dog’s handlers are given top priority in adoption, followed by the following:

The K9 unit of the agency should inquire on the status of the adopted dog at least once a year. Those who fail to provide adequate care for the adopted animal may face penalties under Republic Act (RA) No. 8495 or the Animal Welfare Act of 1998.

Another option for transfer of care is by donation to a non-stock corporation or foundations capable of treating and rehabilitating the dogs.

Under the guidelines, “green dogs” or those that have poor potential for K9 service despite training, and dogs less than 8 years old that received a poor performance evaluation, may be sold to interested parties through public auction or negotiation with buyers or transferred to another government agency.

The COA said that under RA 8485, euthanasia or the killing of non-working animals is unlawful except for three very specific grounds that require the examination and certification of a licensed veterinary officer.

These grounds are when putting the dog down “is deemed necessary to end the misery suffered by the dog,” when the dog has an incurable contagious disease that may infect the human handlers and the kennel, or when a dog has behavioral issues that make it unmanageable and a risk to public safety.

The COA also said that the resident auditor has the duty to evaluate the agency’s procedures and do inspections on the condition of the non-working dogs prior to adoption, transfer of custody, sale, or being put down.

The COA said one of the reasons for issuing the circular is to “institutionalize the guidelines on the disposal of unserviceable working dogs to ensure that funds and properties of the government are used with utmost transparency, economy, and efficiency.” – Rappler.com