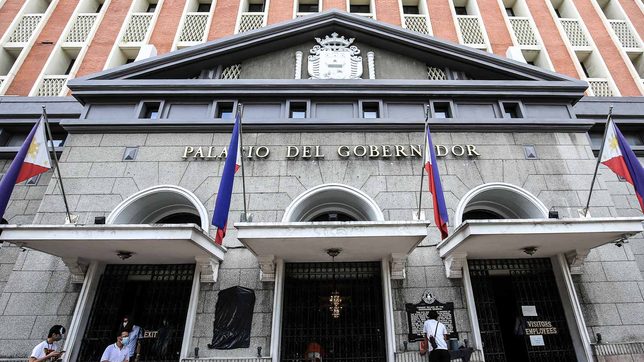 The Commission on Elections office in Intramuros, Manila on November 11, 2021. Rappler

Facebook Twitter Copy URL
Copied
'It is easier for everyone involved if there’s sobriety in this process, so this won't be a battle of speculation soundbites on air,' says Comelec spokesman James Jimenez

The Commission on Elections appealed to parties in ongoing Comelec cases to refrain from speaking to the press about the status of their legal rows.

“When their cases are in court, all lawyers know they are not supposed to talk about it to the media. What do they think the Comelec is?” Comelec Commissioner Rowena Guanzon tweeted on Monday morning, December 6. “Will lawyers for litigants please shut up?”

In a press briefing Monday afternoon, Comelec spokesman James Jimenez made the same appeal during his speech.

“Over the past two weeks, there have been several statements left and right, all trying to pressure the Comelec into deciding one way or another,” Jimenez said in a mix of English and Filipino.

“It is easier for everyone involved if there’s sobriety in this process, so this won’t be a battle of speculations and soundbites on air,” he added.

While Guanzon and Jimenez did not specify anyone, the statement comes in the middle of the brouhaha over the cases against former senator Ferdinand “Bongbong” Marcos Jr.’s 2022 presidential bid

Specifically, the legal counsel of the petitioners in the certificate of candidacy cancellation petition filed by Fr. Christian Buenafe and other civic leaders, as well as the Marcos camp, have been giving statements to the media about the status of the case.

For example, the Marcos camp had said on November 18 that the Comelec’s 2nd Division had granted their motion for extension to reply to the Buenafe petition a day before, even though Jimenez had insisted no resolution had been promulgated at the time.

Counsels for the petitioners – led by former Supreme Court spokesman Theodore Te – meanwhile, issued a statement on November 26, questioning the poll body’s “indefinite deferral” of the submission of memoranda for both camps. These memoranda are necessary for the case to be deemed for resolution by the division.

Jimenez on Monday warned that the Comelec could take actions should parties keep on talking to the media about the status of their pending cases.

“There are proper steps to take in case counsel are persistent in their disrespect of rule of pendente lite. It’s within the power of the Comelec to take them to task for it, but we’d rather not, obviously, since we’re all reasonable people,” Jimenez said. – Rappler.com