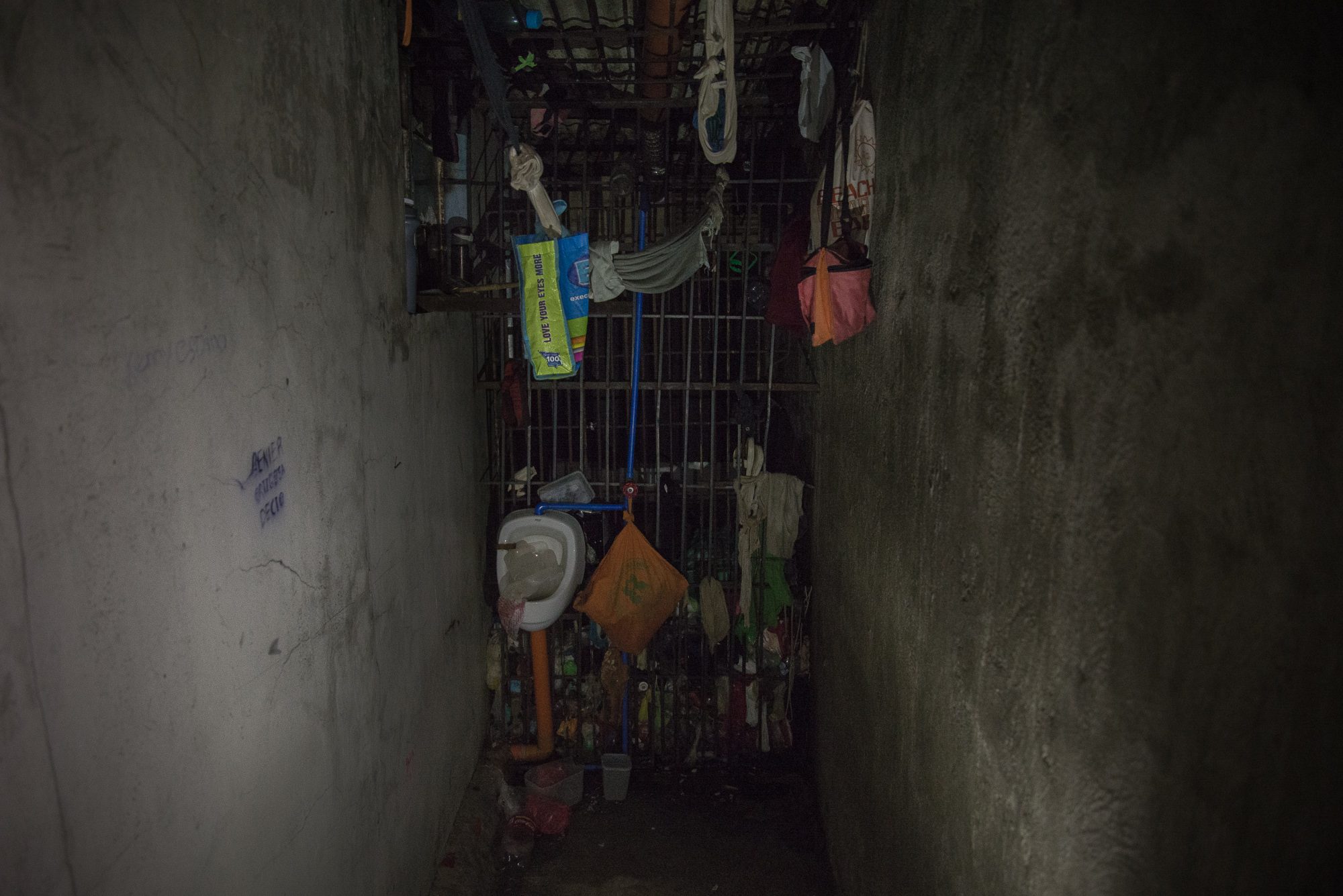 DEHUMANIZING. The small cell hiden behind a bookshelf at a Manila police station.

Facebook Twitter Copy URL
Copied
'Such practice may persist and may even embolden police officers and authorities who are inclined to engage in such wrongful practice,' the Commission on Human Rights says

The Commission on Human Rights (CHR) said on Tuesday, April 27, that the dismissal of the complaint against Manila cops over a secret cell is a setback in efforts to stop police abuse, including the illegal practice of hidden detention facilities where torture usually happens.

“The shocking and dehumanizing violations against the rights of detained persons in the Manila Police District (MDP) secret cell necessitate accountability,” CHR said in a statement.

“Scalawags among the police ranks will not be truly dealt with if those who have committed serious violations, particularly concerning fundamental human rights, are not held to account,” it added.

This comes after the Office of the Ombudsman cleared MPD Raxabago Station 1 cops of any criminal and administrative liability over the secret cell discovered in 2017.

A nine-page resolution dated December 2020 said that there was not enough proof that cops held at least 12 people in a dark, narrow space behind a bookshelf “in bad faith.”

But the CHR emphasized that the actions of Manila police not only violated human rights standards but their own protocols, going against “their very own mandate which is to ‘serve and protect.'”

“Such practice may persist and may even embolden police officers and authorities who are inclined to engage in such wrongful practice,” the commission said.

The CHR said it “remains firm” in pursuing cases against cops tagged behind Manila secret cell. It filed a motion for reconsideration before the Office of the Ombudsman on February 1, 2021.

“It is crucial that we work together in ensuring that grave abuses are held to account to prevent such abuses from happening again,” the commission said, as it urged the Ombudsman to review its decision.

“It is crucial that we preserve the faith of the people in the rule of law by demonstrating with resolve that justice can ultimately prevail,” it added. The secret cell discovered during a surprise CHR visit in April 2017 was described as “cramped, dingy, and fetid.” The cell, which had no electricity or functioning toilet, is “absolutely against the law,” CHR chairperson Chito Gascon told Rappler in 2017.

Aside from the CHR, the House committee on human rights also recommended the filing of charges against Manila police in 2018. – Rappler.com