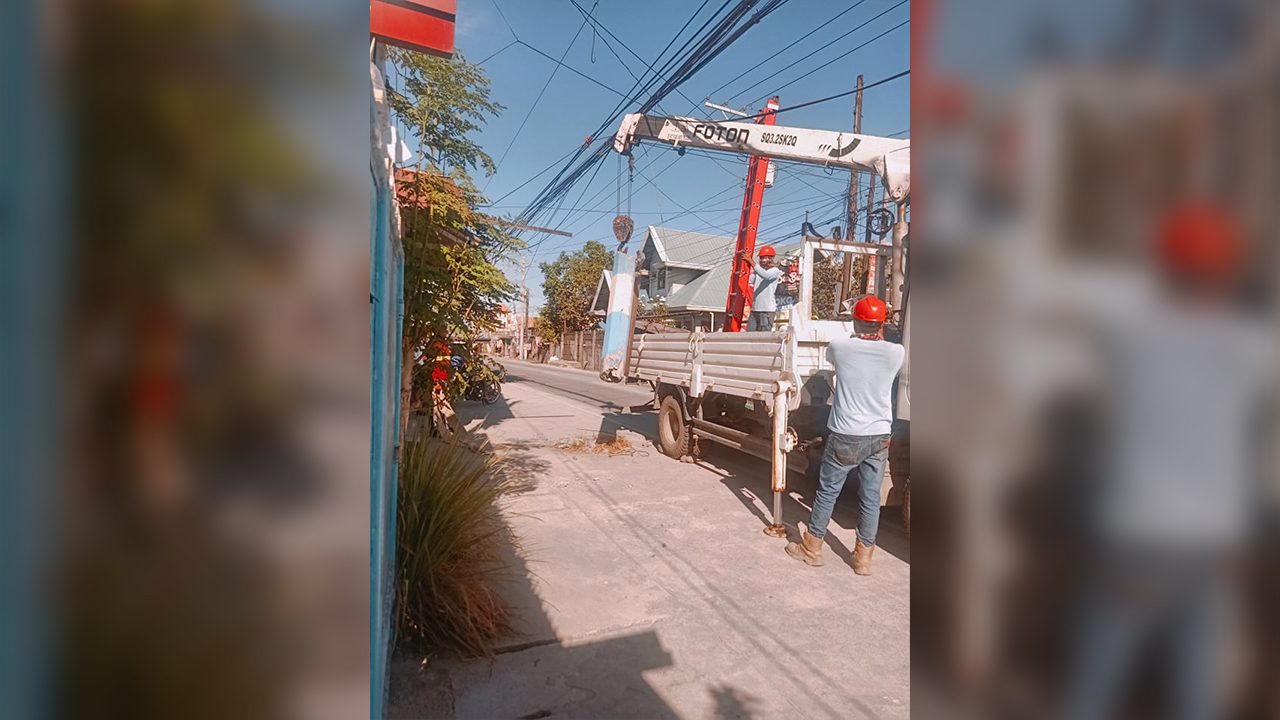 PAMPANGA, Philippines – After weeks of networking with power utility and telecommunications companies, commuters and pedestrians using the Magalang-Angeles road were treated on Sunday, February 27, to the sight of repair crew replacing a damaged, tilting concrete pole

Rappler also contacted the various agencies and firms to trace the Barangay San Francisco problem as residents cited the dangers of drooping live wires and the possibility of the damaged pole toppling over.

“We confirm that one of our concrete utility poles along Magalang-Angeles road sustained damage,” Yang stated.

“We have since coordinated the removal of the live electrical wires, which PELCO 1 (Pampanga Electric Cooperative) completed yesterday. We are due to remove the broken pole and replace it with a new one today, February 27,” she added.

(We feel relieved now and we have peace of mind that we don’t have to worry before any accidents may occur because of that pole.)

(“The post there is from a telecom company. I am not sure if it’s Innove or Globe but it is not PELCO. We don’t have any wires attached to it so we cannot move it.”)