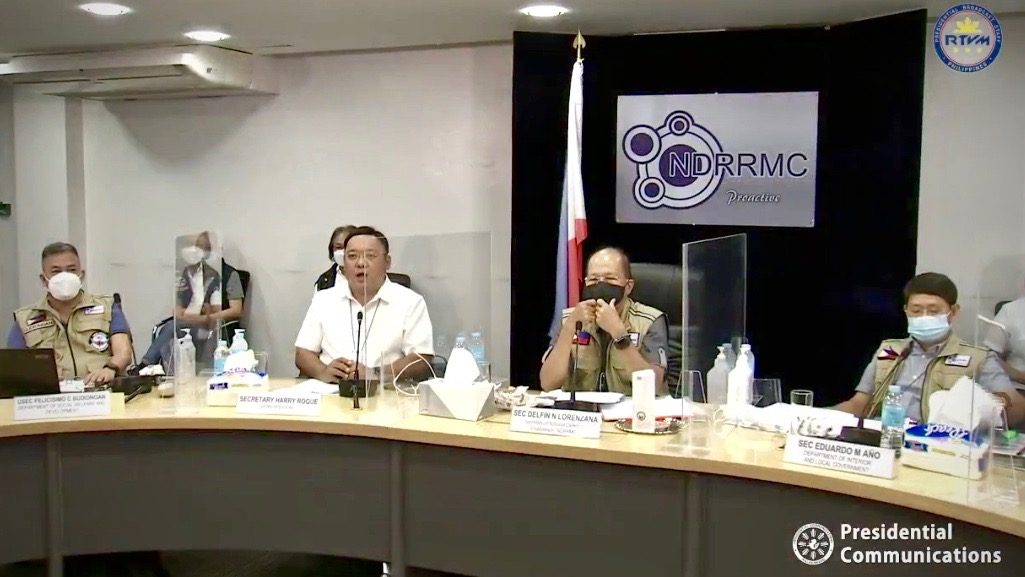 The following are the officials who reported on the death toll and the corresponding figure:

They reported on the death counts minutes apart. Roque presided the briefing, where he announced that 12 people died due to Ulysses. He gave the floor to Jalad who corrected Roque, saying there were two more deaths.

After a few more speakers, Gapay reported that the military recovered at least 39 bodies in their post-Ulysses operations – 25 more than Jalad’s figure.

Another count came from the NDRRMC’s situation report. While Jalad mentioned 14, the latest official report released by the agency at 11:09 am to reporters while the briefing was ongoing counted only 12 – the same as Roque’s.

Where did the figures come from?

The figure from Gapay came from its local commands, the Philippine National Police, and the Bureau of Fire Protection – the frontliners in rescue and retrieval operations.

In his presentation, Gapay said there were 39 “retrieved cadavers” from affected areas.

The figures released by Jalad and the NDRRMC, meanwhile, came from the local disaster risk reduction and management offices that their national office consolidated.

As of press time, reporters were asking the NDRRMC about Jalad’s two additional death counts. Officials said they were still verifying where they came from.

Rappler has sought to clarify with Roque through a text message about the source of the death toll of 12 that he had announced, but he has not yet replied as of posting.

Cadavers recovered, he said, might also include deaths that were not related to the typhoon, so local officials still have to validate them.

It should be noted, however, that local officials usually defer to their police and military commanders in reporting the death counts in their areas of responsibility.

Ideally, the NDRRMC as the working group of all responding agencies consolidates the figures and releases them as soon as possible.

Timely and accurate numbers are critical to gauge the losses on the ground and guide response for strategic distribution of aid and rescue. – Rappler.com