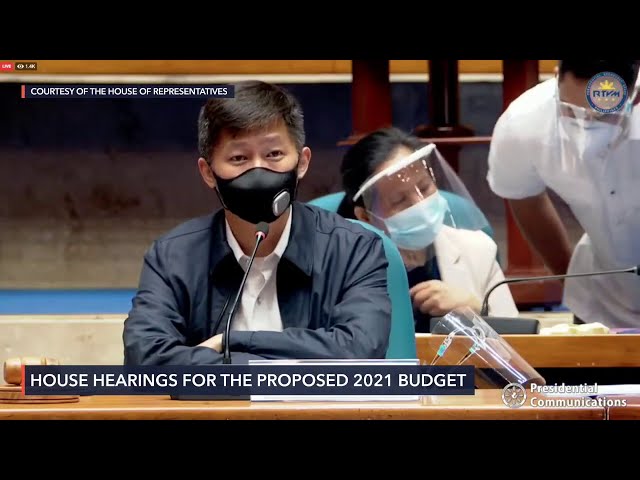 Instead of criticizing President Rodrigo Duterte, Filipinos should focus on talking about the novel coronavirus (COVID-19).

This was the call made by ACT-CIS Representative Eric Go Yap on Thursday, September 10, inserting his commentary as the Bureau of Jail Management and Penology (BJMP) explained its 2021 budget proposal.

“When Pemberton was given pardon, our president was bashed again… Even celebrities complained. It is a really difficult situation that everything that is done needs to be criticized,” Yap said in Filipino.

(Maybe it is time to focus and spend all our energy on social media to spread awareness about COVID-19 so that we can end COVID.)

Yap is the chairman of the House appropriations committee, a position which allowed him to oversee the flow of the discussion over the budget deliberations. He is also a staunch supporter of President Duterte.

He was reacting to backlash against Duterte on social media after Duterte pardoned American soldier Scott Pemberton over the killing of transgender Filipina Jennifer Laude in 2014.

Yap called for focusing the public attention on COVID-19 awareness just as the President himself has been criticized for failing to spread awareness of the government’s response to the pandemic during his late-night speeches. Instead of discussing government initiatives to curb the pandemic, the president has extensively vilified political enemies and critics. –Rappler.com