Of the total cases, 17,374 are active or currently sick. This is the highest since November 26, when 17,853 active cases were reported by the Department of Health (DOH). Active cases now comprise 0.6% of total cases in the country.

The government on Friday, December 31, announced that it is placing Metro Manila under Alert Level 3 from January 3 to 15, following the rising number of cases in the region. It was previously announced that the capital region would remain under the looser Alert Level 2 along with the rest of the Philippines. 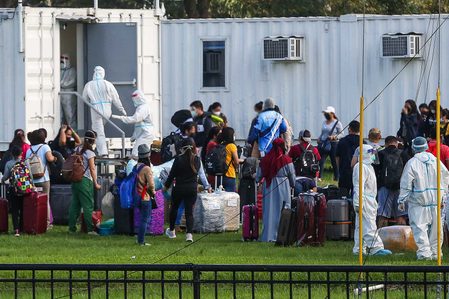 The positivity rate, or the percentage of people who tested positive for the virus among all who have been tested, is also at the highest in almost three months at 14.8%. This is the highest daily rate since October 9, when it was at 15.6%.

These positive cases are added to the tally of confirmed cases only after further validation. This process helps ensure that cases would not be recorded in duplicates, and that all test results had been submitted, explained the department.

Two of the laboratories were not operational and six failed to submit data on Thursday, December 30. Based on data from the past two weeks, these eight laboratories account for 0.2% of all samples and 0.1% of positive cases.

The increase in cases comes amid the threat of the highly transmissible Omicron variant. The health department said on Friday that there is already a “high possibility” of local transmission of the new variant in the Philippines.

As of Friday, the Philippines has detected a total of 14 Omicron cases – three of which are local cases. – Rappler.com