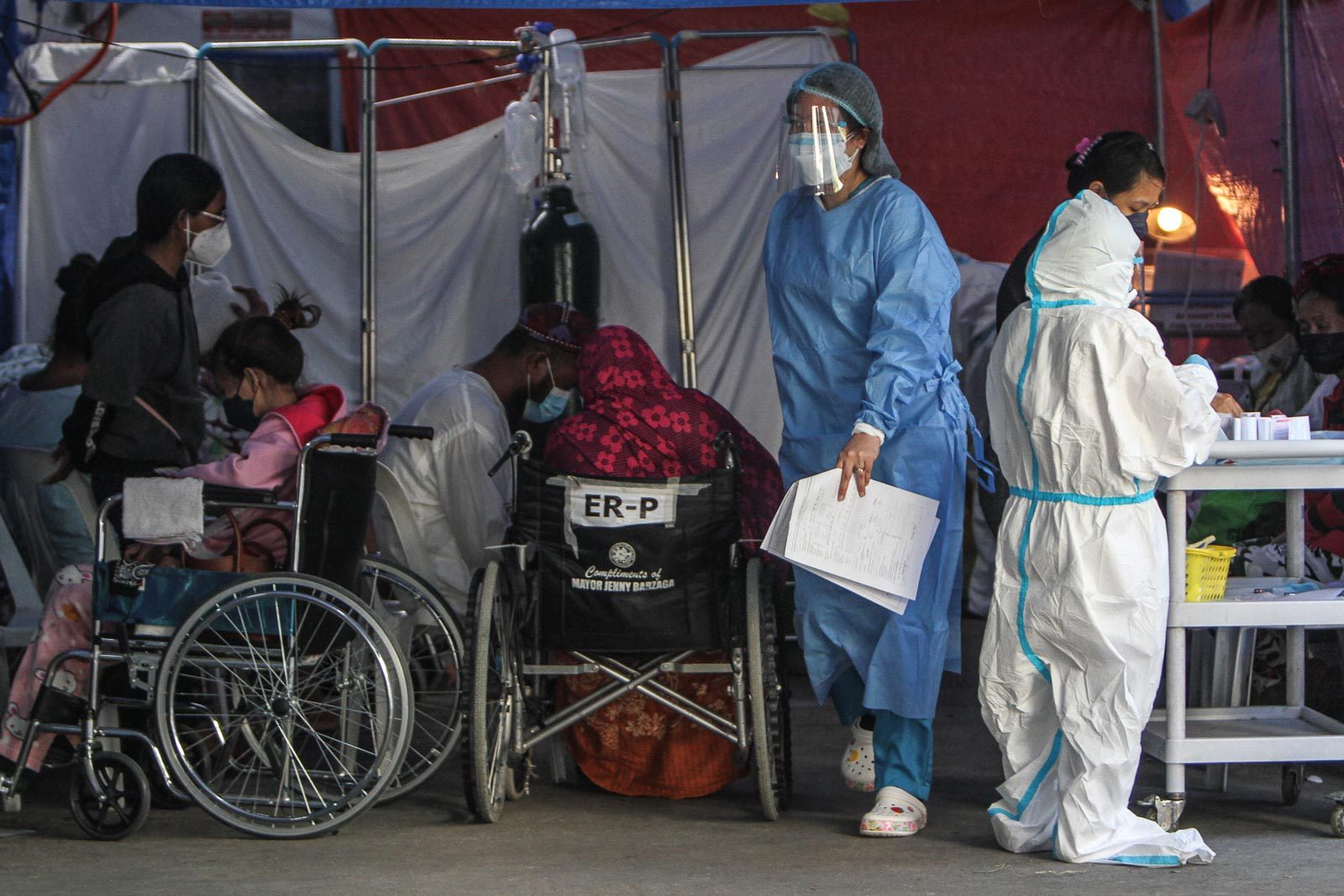 ANOTHER SURGE. Healthcare workers of the Pagamutan ng Dasmariu00f1as in Cavite perform treatment inside a temporary tent to accommodate the influx of arriving patients on January 7, 2022.

Facebook Twitter Copy URL
Copied
A positivity rate of 40%, which is way above the World Health Organization's 5% benchmark, means that two in five people tested turned out positive for COVID-19 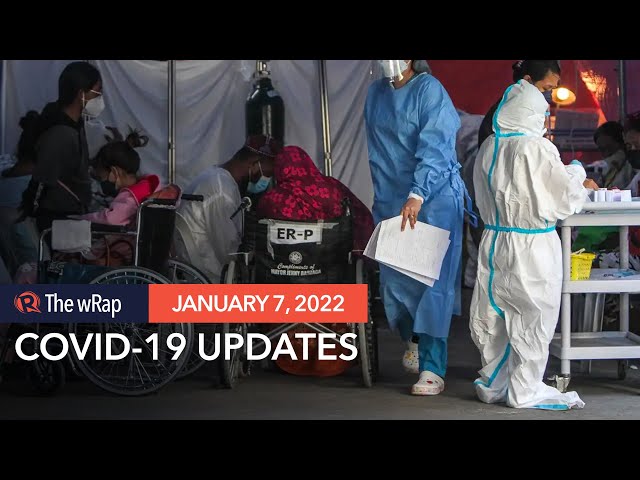 MANILA, Philippines – COVID-19 cases in the country continue to spike as the Department of Health (DOH) reported 21,819 new infections on Friday, January 7, bringing the total caseload to 2,910,664.

Friday’s cases are the sixth highest single-day tally since the pandemic began in March 2020. Of the total cases, 2.7% or 77,369 are active or currently sick. This figure is also the highest since October 17, when 81,641 active cases were recorded.

The positivity rate has also reached a record high of 40% out of 70,049 tests conducted. These positive cases were added to the tally of confirmed cases only after further validation. This process helps ensure cases would not be recorded in duplicate and that all test results had been submitted, explained the department.

A positivity rate of 40%, which is way above the World Health Organization’s (WHO) 5% benchmark, means that two in five people tested turned out positive for COVID-19.

The DOH said all testing hubs were operational on Wednesday, January 5, while 10 laboratories were not able to submit their data on time. The cases reflected in the bulletin were based on tests conducted two days ago.

Octa Research on Thursday, January 6, projected for cases to breach the 20,000-mark on Friday, January 7.

Data from DOH monitored by Rappler also showed that ward bed occupancy in Metro Manila has reached 59% from 21% of the previous week. Amid the spike in cases, President Rodrigo Duterte ordered local government officials to make sure unvaccinated persons don’t leave their homes except for essential activities.

Meanwhile, the WHO cautioned that it was “wishful thinking” to believe that Omicron, which is sweeping across the globe and driving surge in infections, would be the last to emerge in the pandemic, or would work as one that could take the world to a significant level of protection against the virus. – Rappler.com