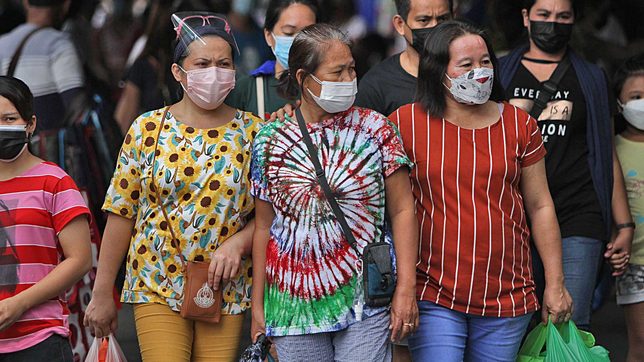 MANILA, Philippines – The Philippines on Tuesday, November 30, reported 425 new COVID-19 cases, the lowest in nearly 17 months or since July 2, 2020, when the country logged 294 infections at that time.

The Department of Health (DOH) also recorded 44 deaths. The total death toll due to COVID-19 in the country increased at 48,545.

The DOH reported a positivity rate of 2.1% out of 24,442 tests in its bulletin. These positive cases were added to the tally of confirmed cases only after further validation. This process helped ensure cases would not be recorded in duplicate, and that all test results had been submitted, explained the department. The DOH said all testing hubs were not operational on Sunday, November 28, while four laboratories were not able to submit their data on time. The cases reflected in the bulletin were based on tests conducted two days ago.

COVID-19 cases every first half of the week are usually low due to non-operation of testing hubs and the delays in data transmission. Regardless, Tuesday’s low number of cases marked one full week of new infections below 1,000.

Despite the continued decrease in cases, the DOH reminded the public not to be complacent and continue to follow health protocols, especially now that a more transmissible variant of COVID-19 called Omicron has been spreading quickly in other African and European countries. Philippine health officials said on Monday, November 29, it was “highly likely” Omicron will eventually make its way into the country, the same way all other variants of concern did. – Rappler.com