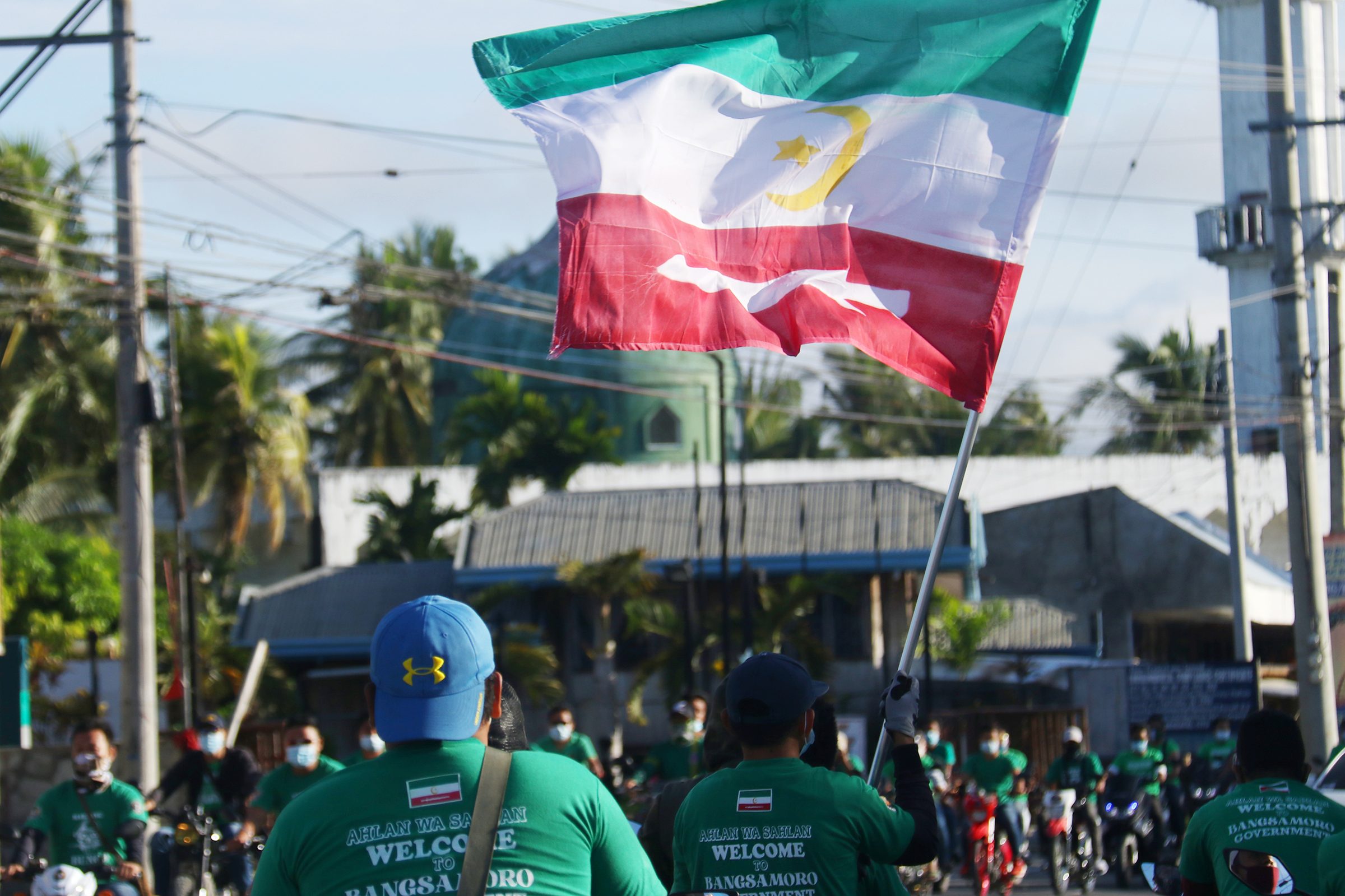 Around a hundred motorcycle riders swarmed the streets of Cotabato City Tuesday, December 15, the morning of the city’s ceremonial turnover to the Bangsamoro region. The riders were in a celebratory mood, wearing green shirts bearing the message “Welcome to the Bangsamoro Government.”

“Nakakapanindig balahibo dahil ito na yung ilang dekada natin na pinaglaban,” (I’m so moved by this moment because this is the culmination of our decades of struggle) said Carlos Afdal, 39, a resident of the city. Afdal said that though the city was not part of the previous ARMM government, “mga kapwa din namin na Bangsamoro ang nakatira dito sa Cotabato (our fellow Bangsamoro people live here in Cotabato City).”

He then appealed that the Bangsamoro leaders must unite especially in this trying times.

“Sa panahon ng pandemic, dapat ipinapakita sa natin na nagkakaisa ang mga leaders natin.” (In the time of the pandemic, our leaders should show that they are united.)

Afdal said that he was one of the riders who joined the motorcade when Commission on Elections (COMELEC) announced during the 2019 plebiscite that 39,682 residents voted in favor of the city’s inclusion to the autonomous region.

Cotabato City Mayor Cynthia Guiani-Sayadi, who strongly opposed the city’s inclusion in the region, was a no-show at the turnover ceremony attended by interior Secretary Eduardo Año Tuesday afternoon.

Dr Danda Juanday, Cotabato City Administrator, said that they filed a protest before the Supreme Court challenging the result of the 2019 plebiscite. They were still waiting for the decision.

“We asked the Supreme Court to resolve the problem on the plebiscite,” the city administrator said. Juanday said that people were intimidated by the Moro Islamic Liberation Front on the day of the plebiscite, adding this was why “a lot of our residents did not get to vote.”

In a statement, Guiani-Sayadi said: “Much as we have opposed the inclusion and the turn over, we took the democratic process and that is to bring the case to the Supreme Court and until now, we are still waiting for a resolution. So now, we leave the fate of our city to the hands of the Supreme Court. Whatever the result may be, rest assured, the Cotabato City LGU will continue to be a government by the people and for the people.”

The absence of the mayor in the event did not affect Cotabato’s inclusion in the region, said Naguib Sinarimbo of Ministry of Interior and Local Government (MILG) of the newly-minted Bangsamoro Autonomous Region in Muslim Mindanao.

“This turnover is a matter between the national government and the Bangsamoro government,” said Sinarimbo. He said that the city’s inclusion was not a decision to be made by the local leaders but a decision by the residents of the city.

BARMM Chief Minister Ahod Ebrahim, said in a statement, that the political process towards the city’s turnover “was not easy” and that the continuing the lines of division “will not help us in making our collective aspiration a reality.”

He then committed to boost the potential of the city and support its existing resources.

“We will make sure that BARMM’s development will echo in the city,” he said. – Rappler.com