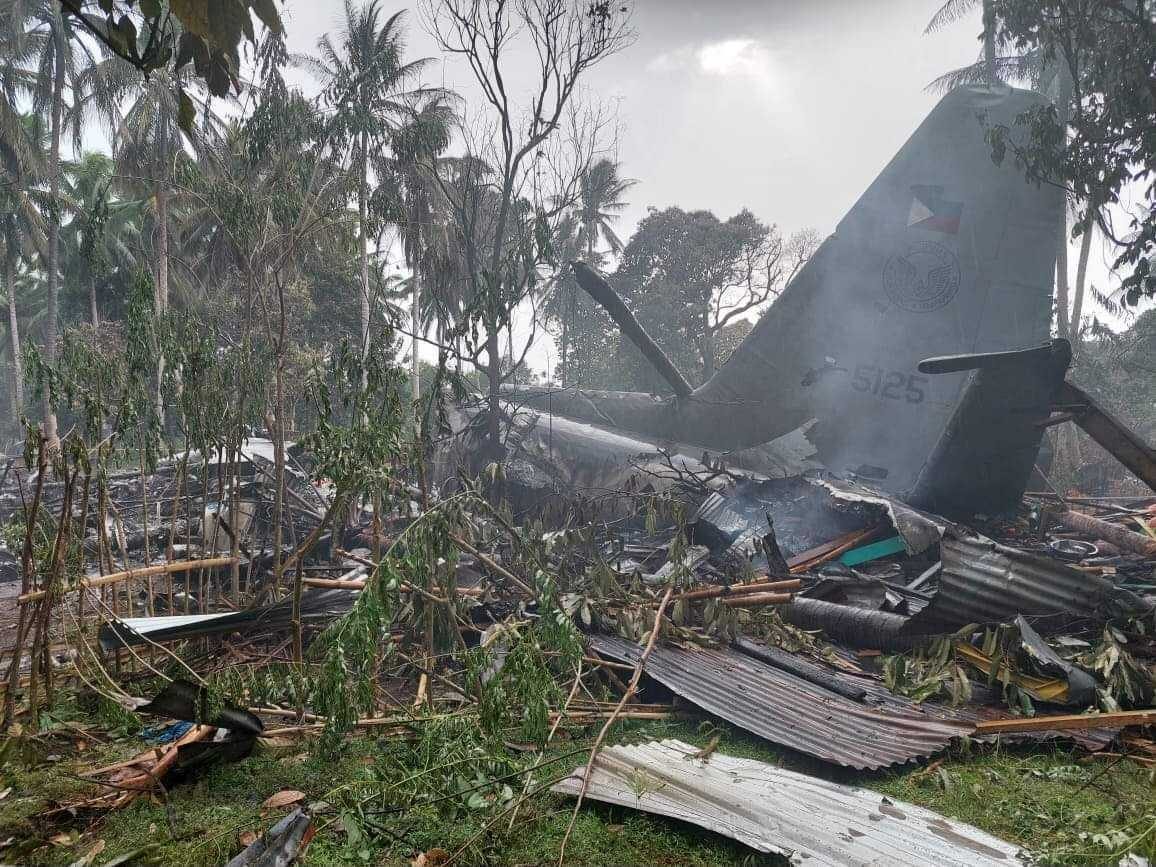 CRASH. A C-130 military plane crashed in Patikul, Sulu after it 'missed the runway trying to regain power' before noon on July 4, 2021.

Countries sent their condolences to the Philippines after a C-130 Hercules military plane crashed in Patikul, Sulu, on Sunday, July 4, killing at least 52 people.

“We offer our sincerest condolences to the families of those who passed away in the crash in Sulu,” United States Chargé d’Affaires John Law said in a tweet on Sunday.

Law said the US was assisting the Department of National Defense (DND) in providing medical support and “stands ready to provide further assistance.”

On Monday, July 5 (Manila time). US National Security Adviser Jake Sullivan shared Washington’s condolences with the Philippines for the “tragic plane crash.” Sullivan said the US was ready to provide “all appropriate support to the Philippines’ response effort.”

“Our thoughts are with those who were injured and the families of those who were lost. We stand shoulder to shoulder with our Philippine allies at this difficult time,” Sullivan said.

US Defense Secretary Lloyd Austin III shared the condolences of the US defense department, adding it would continue to provide the Philippines’ defense department with support and assistance in response to the “tragedy.”

German Ambassador to the Philippines Anke Reiffenstuel also offered thoughts and prayers for victims of the fatal crash and their families. “Shocked by the latest news of the crash of an AFP plane with dozens of casualties and critically injured,” she said.

British Ambassador to the Philippines Daniel Pruce said he was “desperately sad for everyone affected.” He shared his thoughts with families of those who died and were injured in the crash.

Foreign Secretary Teodoro Locsin Jr also said Turkey shared its sympathies with the Philippines and offered its condolences to families of those who were killed.

“Our heartfelt condolences to the Armed Forces of the Philippines and families of personnel involved in the tragic accident involving Philippine Air Force flight #5125 in Jolo,” Robinson said.

The European Union also said it was “saddened for the loss of lives in the plane crash in Jolo.” It condoled with the AFP and families of those who died. “Wishing prompt recovery to the injured,” it added. Boccoz told Defense Secretary Delfin Lorenzana on Twitter the crash was a “terrible shock,” and that she was relieved to hear many were still rescued. “We pray for them all and give all our sympathy to the families as well as to you and your team,” she said.

China shared its “heartfelt sympathy” and condolences with families of the victims. “Our thoughts and prayers are with you during this difficult times,” an embassy spokesperson said.

Israel likewise said it was “saddened” by the “tragic loss of life.” “Israel stands with the Philippines in these difficult times,” an embassy spokesperson said.

On Tuesday evening, July 6, Japanese Ambassador Kazuhiko Koshikawa offered his sympathies with the Philippines and the families of soldiers and civilians who died in the crash.

“They are part of our thoughts and [prayers]. Japan is in solidarity with the Filipino nation in this heartbreaking accident,” he said.

Armed Forces of the Philippines (AFP) chief General Cirilito Sobejana told reporters the plane was about to land at the Jolo Airport in Sulu’s capital but “missed the runway trying to regain power.” It crashed in the nearby town of Patikul.

Western Mindanao Command as of 8:40 pm said the fatalities included 42 military personnel and three civilians. Most of the passengers were trainees from the 4th Infantry Division in Cagayan de Oro City. 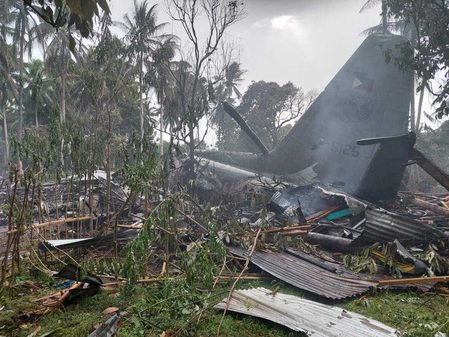 The military’s latest update also put the total number of military personnel on the plane at 96, higher than the 93 from initial reports.

The C-130 Hercules plane had been one of two aircraft purchased from the US earlier this year. The DND said it was meant for “territorial defense security and stability and humanitarian assistance and disaster response operations.” – Rappler.com