#CourageOn coalition to Duterte gov’t: No excuse for abuse during pandemic The coronavirus pandemic is not an excuse for the Duterte government to violate human rights of Filipinos, a coalition said on Wednesday, May 5.

“#CourageON: No lockdown on rights” coalition, composed of human rights groups and organizations, condemned the widespread attacks and abuse seen in the Philippines amid a health crisis.

(You cannot take away our right to ask, scrutinize, and ask for solutions to what is happening in our country now.)

The coalition led by MovePH, Rappler’s civic engagement arm, aims to keep a close eye on abuses and violations in the country. It also seeks to pursue opportunities for collective action to promote and protect human rights.

Aside from MovePH and CAP, the “#CourageON: No lockdown on rights” coalition also includes the Commission on Human Rights (CHR), the Coalition for People’s Right to Health, DAKILA, Karapatan, Ateneo Human Rights Center, the National Union of Journalists in the Philippines, and the 2030 Youth Force Philippines.

[WATCH] ‘#CourageON: No lockdown on rights’ unites groups against abuses during pandemic 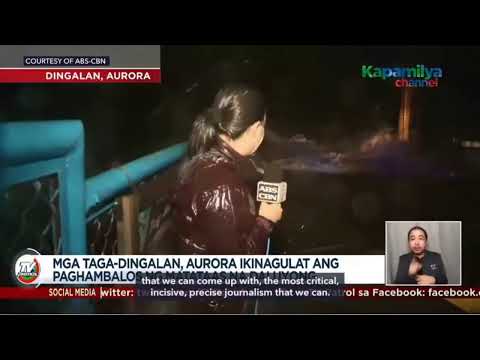 During the coalition’s campaign launch on Wednesday night, CHR reminded the public that “human rights and dignity must never be compromised during a period of crisis.”

The Duterte government’s pandemic response is likened to the violent war on drugs, with reports of police abuse. The strict implementation of community quarantine resulted in the violent dispersal of protests and arrests of alleged violators, with at least 134,298 arrested between March and November 2020 alone.

Guio Martinez of the Ateneo Human Rights Center, meanwhile, said that the government should ensure the protection of every single person “regardless of status and political color.”

“We must remain vigilant that our response should protect those who are most affected and most at risk through adequate access to health care and assistance, as well as protection from abuse amid the continuous lockdown,” he said.

The Philippines is lagging behind countries in terms of coronavirus response while coronavirus cases continue to rise. The total number of cases is at 1,073,555 as of Wednesday, May 5, with 62,713 active cases.

Joshua San Pedro, co-convener of Coalition of People’s Rights to Health, emphasized that “as we seek to build an immunity against this virus, let us also strengthen our community’s resistance to injustice and the deeper roots of ill health.”

Duterte’s violent war on drugs has led to at least 6,089 killed in police operations as of March 31, 2021, while human rights groups estimate the number to be between 27,000 to 30,000 to include victims of vigilante-style killings.

Amid abuse, Kaparatan secretary-general Cristina Palabay urged Filipinos to “persist and insist” the respect for human rights in a time when these are “repeatedly, shamelessly, and deliberately” twisted by those in power.

“This is a very important moment in our history where we are called to discern and unpack the lies that are being peddled, to flip and challenge the narratives that dehumanize the poor and the oppressed, to forward a better normal, a better Philippines, and a better world,” she said. – Rappler.com