Facebook Twitter Copy URL
Copied
'The Motions to Suppress Evidence are granted and the items seized during the illegal search are excluded for being fruits of the poisonous tree,' the Court of Appeals says

MANILA, Philippines – The Court of Appeals (CA) said in its latest decision that the evidence recovered during the “illegal search” against Felix Nathaniel “Angel” Manalo, a member of the Iglesia ni Cristo’s (INC) Manalo family, and his companions cannot be used against them.

In the CA decision released to the public on September 13, the court granted the petition of Manalo and his companions to suppress evidence pointing to the firearms seized during an operation inside the INC compound in Tandang Sora, Quezon City.

“The Motions to Suppress Evidence are GRANTED and the items seized during the illegal search are EXCLUDED for being fruits of the poisonous tree,” the CA said.

The motion to suppress is a type of petition, where a person asks the court not to allow certain evidence to be used against his/her case. The CA ruling stemmed from two different petitions: one, filed by Angel, Jonathan Ledesma, and Jem Manalo Hemedez, and the second one filed by the three, including Jojo Moreno, Miriam Moreno, and Errol Sumait.

In its ruling, the CA said the judge did not declare the search illegal, and the evidence obtained, inadmissible. The operation in question had no warrant, according to the CA.

“The public respondent committed grave abuse of discretion amounting to lack or excess of jurisdiction in not declaring the search and seizure conducted on the subject premises illegal and the
evidence obtained as a result thereof inadmissible,” the CA said.

The CA added: “Based on the allegations in the complaint itself, the public respondent should have made a finding that the search and seizure conducted without a search a warrant was patently illegal.”

Aside from granting the motions, the CA also reversed the orders issued by Quezon City RTC Branch 216.

On March 2, 2017, police officers conducted a search and seizure operation inside Angel’s house in the Iglesia ni Cristo compound through a warrant issued by Quezon City RTC Branch 106. Firearms and ammunition were said to have been recovered from the search resulting in the detention of Angel, Jem, and Jonathan.

Two days later, the police returned to the compound after they received a call from the INC Security Department that a room with assorted firearms and ammunition was found inside Lottie Manalo Hemedez’s house. According to the CA, 74 various firearms, 46 magazines, 17,491 rounds of ammunition, and 89 explosives were recovered inside Lottie’s house.

But the CA said in its ruling that the operation inside Lottie’s house had no warrant.

“The petitioners were neither in flagrante delicto nor was there urgency shown by the police officers to warrant a warrantless search and seizure,” the CA said.

In the same ruling, the CA said the Office of the Solicitor General’s memorandum, which claims that the search and seizure was legal because the room was accidentally discovered by private individuals, is incorrect. The CA said the petitioners were already detained when the items were discovered. 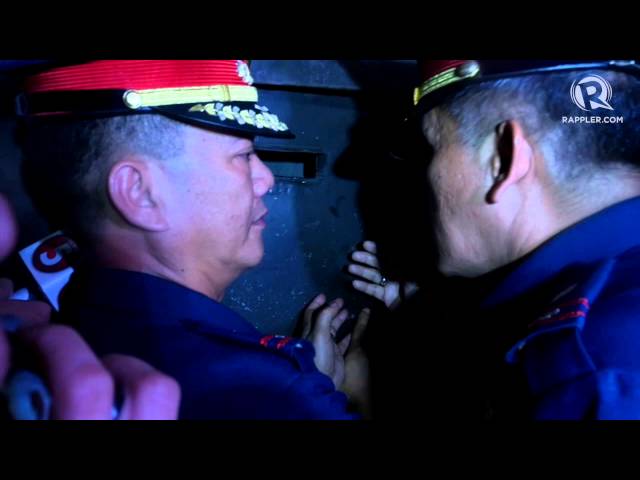 “Nowhere in the records can it be surmised that the police officers had no ample time to secure a warrant. In the first place, the petitioners were already in detention at the time of the discovery of the seized items.”

The CA added that the police did not provide evidence proving that there was urgency in conducting the search.

“Second, there was no physical hindrance that would prevent them from securing the area. Lastly, the police officers did not proffer any evidence that there was urgency in conducting a search and seizure without any search warrant.”

In 2015, the INC was rocked by controversies after its members accused their officials of corruption and allegedly detaining ministers. The family of INC executive minister Eduardo Manalo appealed for help in a public video and said their lives were in danger.

Thousands of INC members later massed up in the streets to decry alleged moves by the justice department under then-secretary Leila de Lima to arrest church leaders. The allegations were false. – Rappler.com