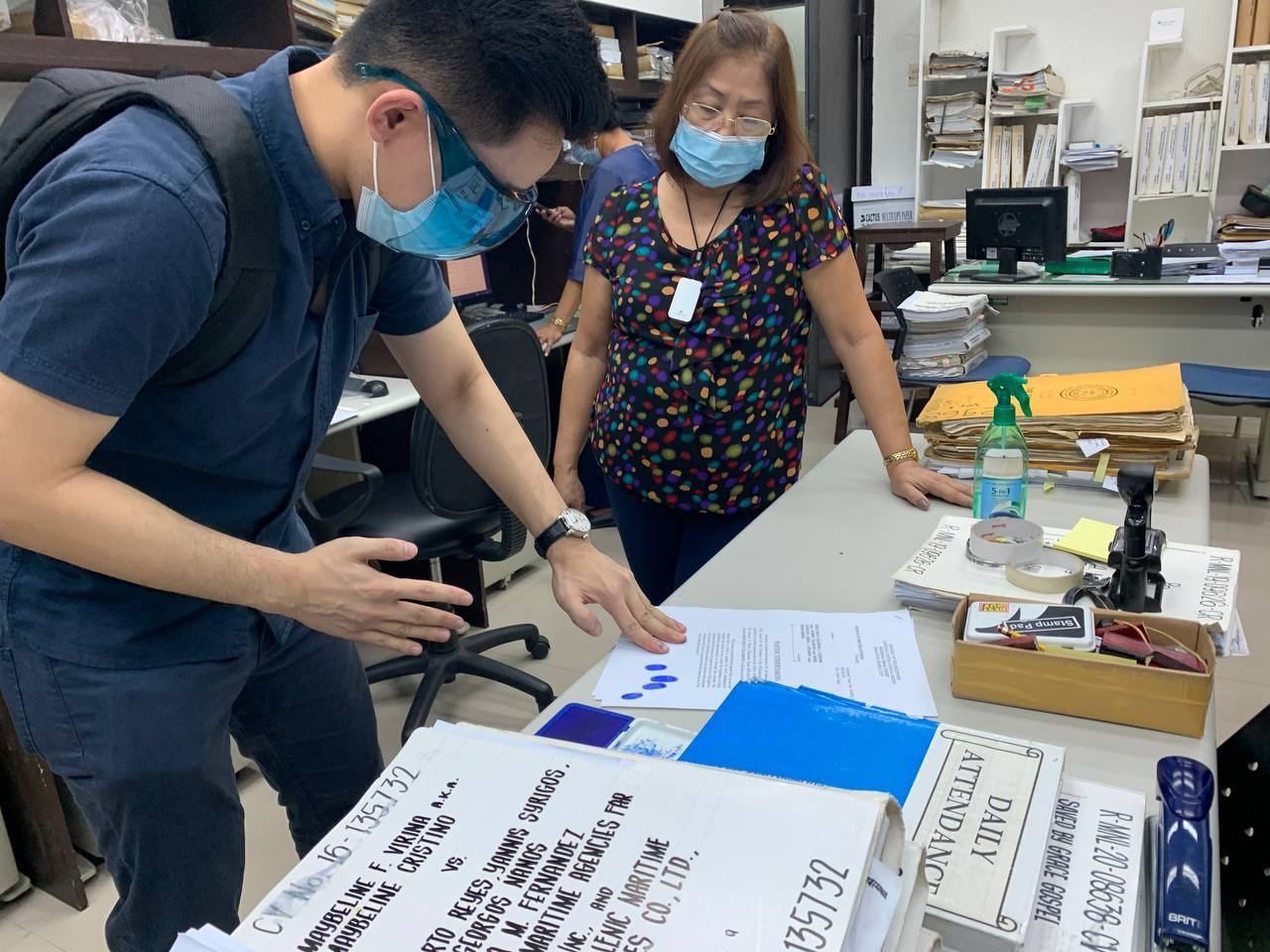 Facebook Twitter Copy URL
Copied
Lawyer Ted Te says the cyber libel case is 'disturbing because it seems like cyber libel is now the first option in case of disagreement on reporting.' Rappler calls for the decriminalization of libel. 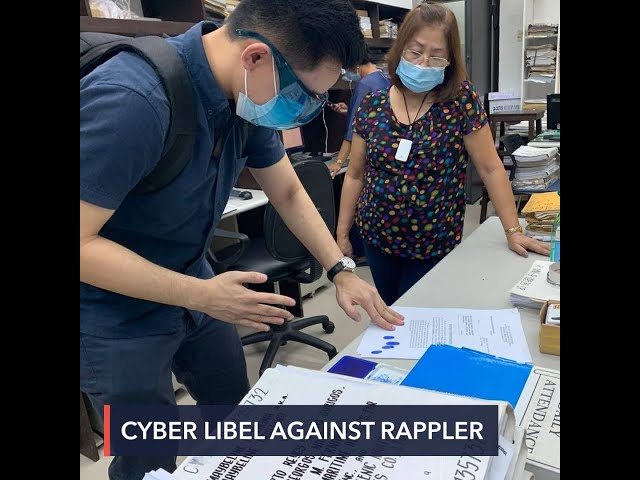 In that scheme, students allegedly paid P20,000 to pass their thesis subject.

Talabong, who wrote the allegedly libelous story, posted bail on Thursday, January 14, while Ressa posted bail the day before, on Wednesday, January 13 – both ahead of the service of the warrants against them. Arraignment and pre-trial of the case has been set for February 4 at 8:30 am.

Reacting to the cyber libel case against him, Talabong said, “I stand by our story. I spent weeks reporting, and weeks more doing everything, to ensure that the story is fair. This case further proves that decriminalizing libel is imperative. No journalist should be intimidated for doing his job.”

To date, there have been 28 libel/cyber libel cases filed against journalists under President Rodrigo Duterte, as of November 28, 2020, according to the National Union of Journalists in the Philippines.

The cyber libel complaint was filed in October 2020 by Benilde faculty member Ariel Pineda, whom a student accused of accepting payments in exchange for passing students in their thesis subjects under him.

Talabong wrote the story, “Thesis for sale: Benilde students say they paid P20,000 to pass,” published on January 23, 2020, based on a documented complaint filed with the school against Pineda by a student – AK Paras – who spoke on the record. Ressa was not at all involved in the writing and editing of Talabong’s story.

CSB confirmed to Rappler, as indicated in the story, that the school was already investigating Paras’ complaint.

In his complaint, Pineda said that Talabong’s story contained “libelous, malicious and defamatory statements using their own website and linking it to the other social media platform to ensure that they accomplished their purpose of attacking the complainant’s credibility, to discredit, demean and to shame him.”

As mentioned in his story, Talabong sought Pineda’s side but the faculty member said through email that he would consult his superior first. Though the draft story was written in December 2019, it was not published until January 2020 to give Pineda enough time to respond to repeated requests to air his side.

“Will have to consult your request with my superior and keep you posted,” Pineda wrote Talabong in an email on January 2, 2020.

Talabong followed up with Pineda 3 more times, and tried to reach Pineda through Benilde’s Export Management Program Department phone line, but he no longer received any response.

After the story was published, CSB Chancellor Robert Tang released a statement, saying that the school’s Human Resources Services was “in the process of completing the investigation.”

In his affidavit submitted to Manila Senior Assistant City Prosecutor John Allen Farinas, Talabong said: “The care and prudence taken in verifying the information and the extent to which the side of Mr Pineda had been sought show the due diligence on my, and Rappler’s, part before the story was even written and posted. This belies Mr Pineda’s unfounded claim of malice.”

Talabong, through Free Legal Assistance Group (FLAG) lawyer Ted Te, former spokesperson of the Supreme Court, argued that “there was no malice in the writing and posting of the story, which is impressed with public interest and also falls under privilege.” In his story, Talabong specified that Rappler would update the article once he gets a reply from Pineda, which he never did.

But in a resolution dated December 7, 2020, Farinas said he found “probable cause” to charge Talabong and Ressa with libel.

In a statement, Te said, “We are studying the resolution, which we disagree with, and will exhaust all possible legal remedies to have the same dismissed.”

Te also said this new cyber libel case is “disturbing because it seems like cyber libel is now the first option in case of disagreement on reporting. That is the problem with libel and cyber libel laws, which make these acts criminal – a private dispute becomes a public offense where the government gets involved; as a result, the implications on freedom of expression and of the press are significant. Perhaps Congress should consider whether it is high time to decriminalize libel and cyber libel.”

For its part, Rappler said in a statement that it stands by the story and the “rigorous process that we went through before publishing it. While libel suits are part of the risks that come with the profession, we also know that they are a tool that is used to intimidate journalists who expose wrongdoing.”

“We reiterate the multi-sectoral call to decriminalize libel and to stop these relentless attacks against journalists who, despite obstacles thrown their way, continue to shine the light on the pandemic and other forms of everyday terror.”

This is the 10th criminal case filed by the Philippine government against Ressa, 3 of which – this one included – are related to cyber libel. Ressa is appealing her first cyber libel conviction at the Court of Appeals over a story involving businessman Wilfredo Keng, and faces a 2nd cyber libel charge at the Makati RTC for tweeting about the same story. 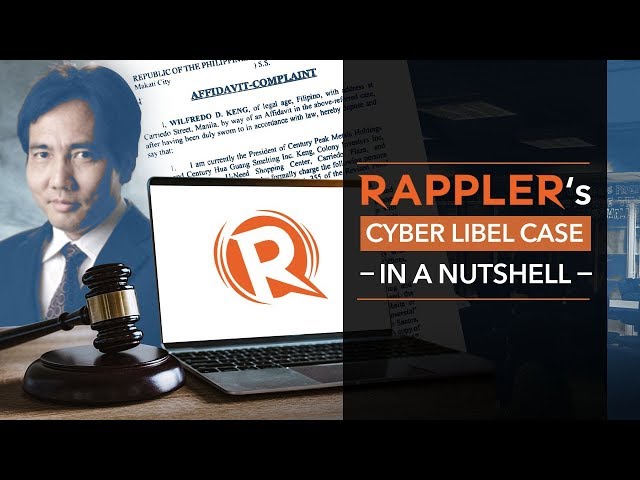 Ressa and Rappler face 5 tax cases, for which trial will resume on February 3. This is in addition to consolidated anti-dummy and violation of securities code charges which have been remanded to Pasig prosecutors.

This is the first libel case against Talabong. An earlier libel complaint filed against him and Ressa by former interior undersecretary, now agrarian secretary, John Castriciones was dismissed in November 2019 by the Quezon City Prosecutor’s Office. – Rappler.com