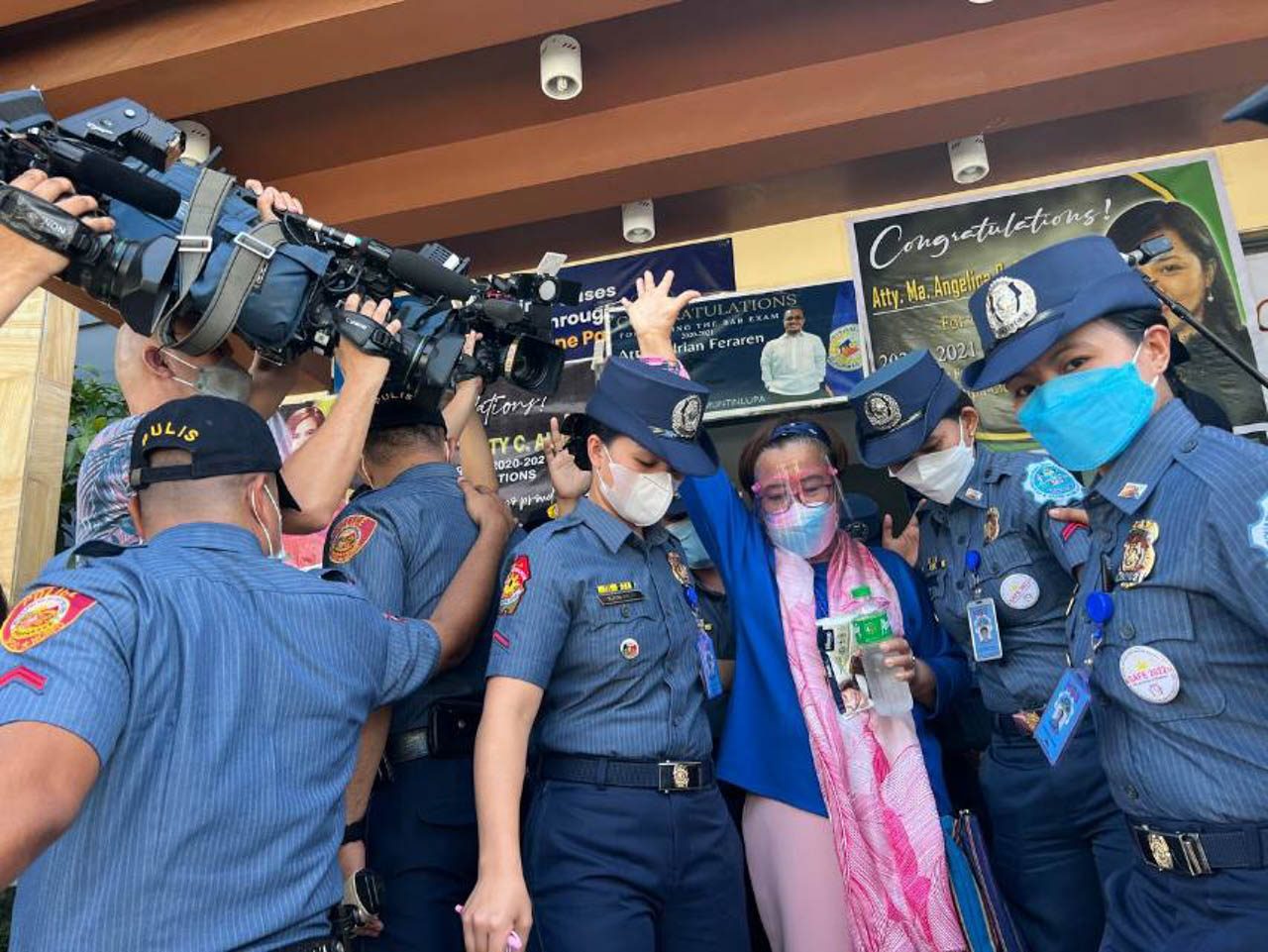 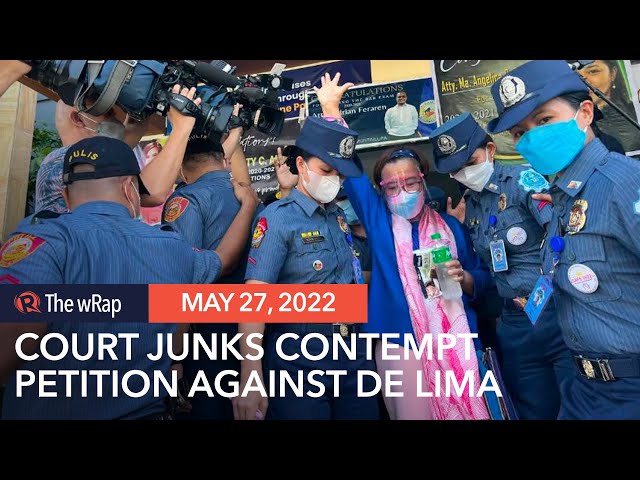 MANILA, Philippines – The Muntinlupa Regional Trial Court (RTC) rejected government prosecutors’ request to hold in contempt jailed opposition leader Leila de Lima and her lawyer, and said the media statements in question are “mere echoes of the testimonies of the witnesses.”

Branch 206 Judge Gener Gito dismissed the Department of Justice’s (DOJ) petition for contempt against De Lima and her lawyer Filibon Tacardon “for lack of merit” in an order dated May 2, but released to media on Friday, May 27.

DOJ prosecutors wanted to hold De Lima and Tacardon in contempt over the latter’s statements to media relaying that witnesses had gone on the stand to say they didn’t have any personal knowledge that a drug payoff was made to the detained senator. In requesting that the two be held in contempt, prosecutors said this version of the testimonies were “not true” and had an “obvious desire to attack or insult the dignity and independence of the Court.”

The pandemic restricted journalists’ access to the trial, leaving them with no other recourse but to report the version of De Lima and the lawyers.

“What respondent Atty. Tacardon reported to the media are mere echoes of the testimonies of the prosecution witnesses. The court does not find malice in them nor contumacious in those statements,” said Gito.

“The power to punish for contempt is not limitless; it must be used sparingly with caution, restraint, judiciousness, deliberation, and due regard to the provisions of the law and the constitutional rights of the individual,” said the judge.

The petition for contempt further limited public access to De Lima’s trial which is being watched by the world. It enabled prosecutors to also refuse some questions citing the rule on sub judice. To date, reporters still cannot enter the courtroom during hearings.

Since then, three people have retracted their testimonies against De Lima. Two of them – Rafael Ragos and Ronnie Dayan – are the prosecution’s star witnesses. Ragos, Dayan, and Kerwin Espinosa said their earlier accusation that De Lima received drug money was not true.

Aguirre denied the accusation. Outgoing Justice Secretary Menardo Guevarra said he would leave it to the Office of the Ombudsman to investigate the claims of conspiracy among high DOJ officials.

De Lima has been in jail for five years over originally three counts of conspiracy to commit drug trading, having been accused of allowing the drug trade at the New Bilibid Prison to continue as long as she gets a cut. De Lima has vehemently denied all accusations and in 2021, she was acquitted of one of the three counts. Ragos was the star witness in the second count.

Incoming justice secretary Jesus Crispin “Boying” Remulla said in earlier interviews that the retractions are a red flag and are worth reviewing.

“I would be grateful to the incoming DOJ secretary if he will personally go over my cases, and see for himself the grave injustice done to me – how his predecessors have ignored and manipulated the law by their selective prosecution where the convicted Bilibid inmates are practically granted immunity in exchange for falsely testifying against me and the other accused,” said De Lima. De Lima welcomed the court decision in a statement on Saturday, May 28. “It was a baseless and frivolous petition from the very start, designed to further silence me and my lawyers and to prevent us from relaying to the public how the prosecution cases are crumbling before the court,” she said.

“As the decision of Judge Gener Gito states, my lawyer, Atty. Tacardon, was just reiterating, upon my imprimatur, what some prosecution witnesses stated during their cross examination. One of them was, Vicente Sy, who categorically said that he does not know me and never delivered any money to me,” De Lima added.

She reiterated her call to the DOJ to dismiss the drug charges against her.

“Together with the recent retractions of Rafael Ragos, Kerwin Espinosa, and Ronnie Dayan saying that they were all just coerced by Duterte officials into testifying against me, the dismissal of this contempt charge should now convince the DOJ to review my cases once and for all and decide if there is any merit or honor at all in prosecuting an innocent person,” she said.

In a separate statement posted on Twitter on Friday, De Lima said that the court’s dismissal of the indirect contempt case filed against her and her lawyer is “a triumph of the kindred bedrock principles of free expression, transparency and the public’s right to know.”

“It is beyond cavil that my cases and developments therein are matters of public concern. If only to obviate further travesty of justice, our people and the world need to know what’s happening in my cases,” the senator said.