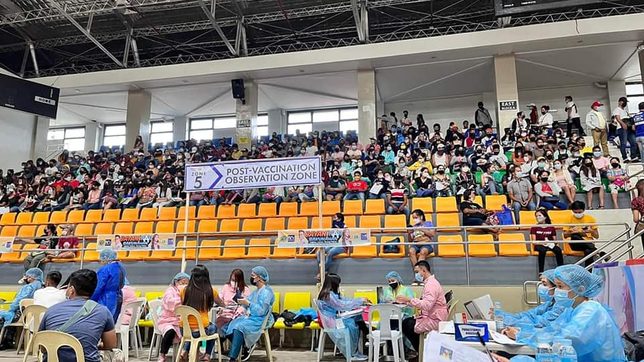 BUKIDNON, Philippines – The Northern Mindanao region has maintained its low number of COVID-19 cases, with only nine new recorded cases as of Tuesday, December 7.

Based on the Department of Health (DOH)-Northern Mindanao’s data as of Tuesday, regionwide, there were 82 patients under hospital care and 146 in quarantine, while seven people died of the virus. The figures were a far cry from the situation before the downtrend that started in October.

In Bukidnon, there were only seven active cases, all involving unvaccinated individuals. The COVID-19 average daily attack rate (ADAR) in the province plunged, placing all its 20 towns and two cities under the low category.

The COVID-19 growth rate from November 9 to December 8 was categorized from low to medium.

Dr. Vincent Raguro Jr., head of the DOH in Bukidnon, showed the vaccination data in the region as of December 1. Based on the data, 2,540,710 people or 71.53% in Northern Mindanao have already received their first jabs. The DOH’s target is to inoculate 3,552,194 people in the region to achieve herd immunity status.

During the just concluded National Vaccination Days, 347,326 people in the region received their first doses, while 53,802 received their second doses.

He said the DOH targets to fully vaccinate 47,398 more in Bukidnon in three days next week.

Raguro also said they were preparing in case the COVID-19 Omicron variant reaches the country.

Lawyer Oliver Owen Garcia, co-chairperson of the COVID-19 task force in Bukidnon, said the threat posed by the Omicron variant prompted local officials to do an inventory of its resources.

“The DOH has no instructions yet, but we checked our intensive care unit capacities, isolation unit readiness, and the availability of oxygen and medicines,” said Garcia. – Rappler.com