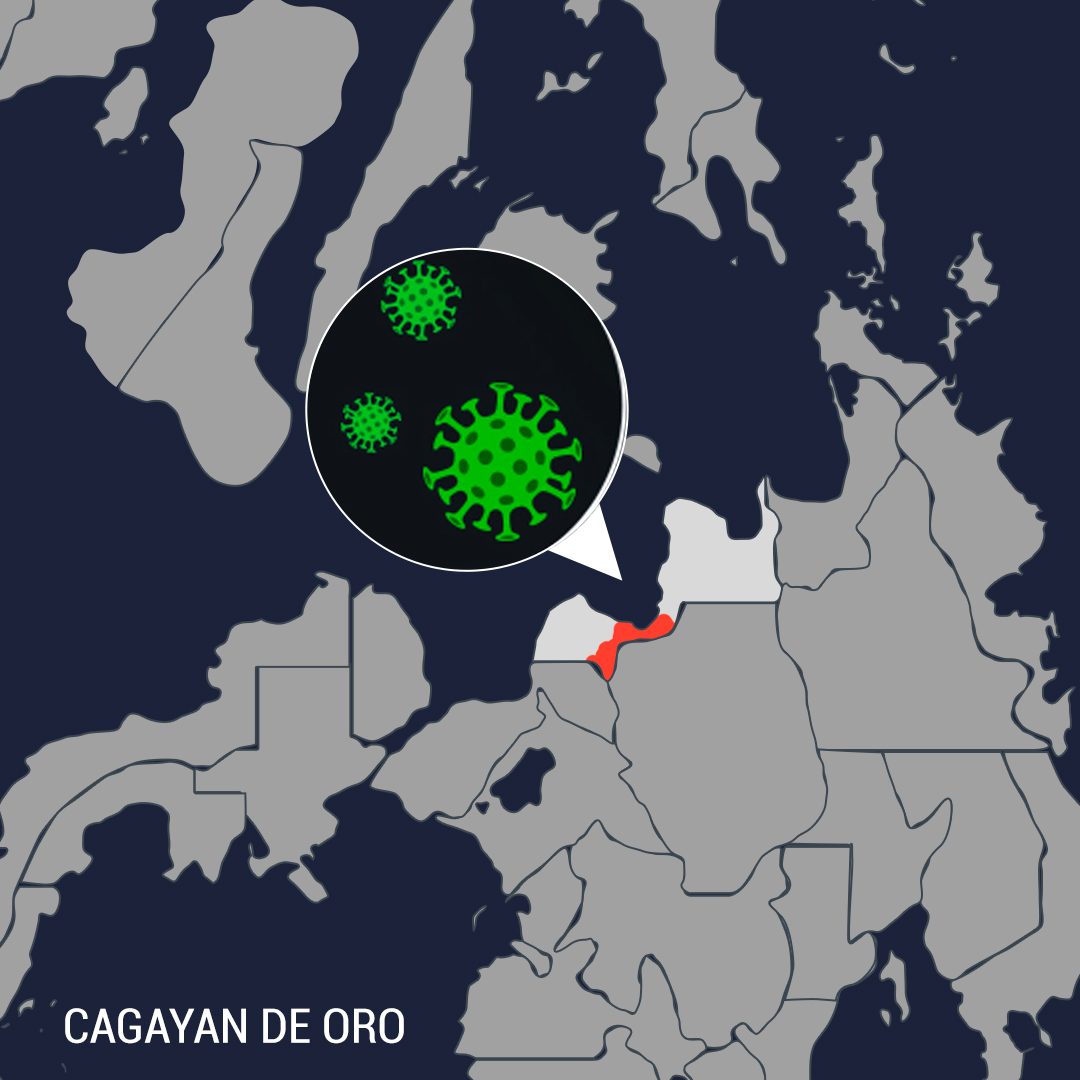 Dr. Ted Yu of the City Health Office said three women, aged 56, 37, and 25, were confirmed to be infected with the variant by the Philippine Genome Center. Officials were notified of the results on Sunday, August 15.

The infant, however, was brought to a neighboring city, according to Yu.

The women were found positive for COVID-19 on July 27 after undergoing tests conducted by their company.

Yu said the three women were subsequently certified recovered and sent home from an isolation facility.

After the notice from the genome center came on Sunday, the women were sent back to an isolation facility run by the Department of Health in Northern Mindanao.

As for the infant, city government officials are already in coordination with the local government of the neighboring city.