Philippines detects one more case of Omicron, total now at 3 MANILA, Philippines – The Department of Health (DOH) on Monday, December 20, reported the country’s third case of the COVID-19 Omicron variant, which is believed to be driving the fresh surge in infections in South Africa and some European countries.

At a press briefing, Health Undersecretary Maria Rosario Vergeire said that the third case was a 36-year-old male returning overseas Filipino worker. He arrived at the Mactan Cebu International Airport from Qatar on November 28. He was aboard Qatar Airways, with flight number QR 924. He had a travel history in Egypt.

His sample was tested on December 4 and the result was released on December 5. Upon testing positive, he was transferred to an isolation facility and stayed there until December 16 to finish his isolation period. He traveled to his hometown in Cavite on December 17.

The result of the latest batch of genome sequencing, which his sample was part of, was released on December 18. He was tested again on December 19 and yielded negative results.

“The case is currently finishing his home quarantine in Cavite and has remained asymptomatic since his arrival,” Vergeire said.

The DOH said it was determining possible close contacts of the case and verifying the test results of the passengers aboard flight QR 924.

On December 15, the DOH announced the detection of the country’s first two cases of the Omicron variant – incoming travelers who had been isolated in a Bureau of Quarantine facility. 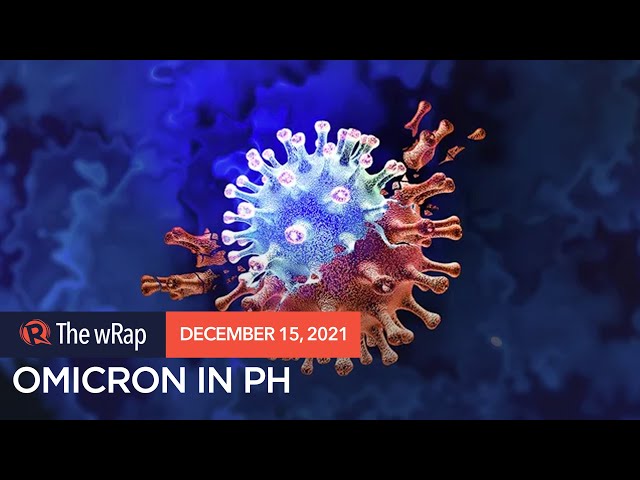 The new COVID-19 Omicron variant – first identified in South Africa but also detected in Europe and Asia – is raising concern worldwide given the number of mutations, which might help it spread or even evade antibodies from prior infection or vaccination.

The detection of the new variant pushed a number of countries, including the Philippines, to impose border controls anew after recovering from the surge in COVID-19 cases driven by Delta.

The World Health Organization on November 26 classified the B.1.1.529 variant, or Omicron, as a SARS-CoV-2 “variant of concern,” saying it might spread more quickly than other forms of coronavirus. While much is still unknown about Omicron, experts say they don’t yet know whether Omicron will cause more or less severe COVID-19 compared to other coronavirus strains.

The DOH appealed to the public to continue proper mask wearing and be conscious of observing health measures as the holiday season draws near. – Rappler.com