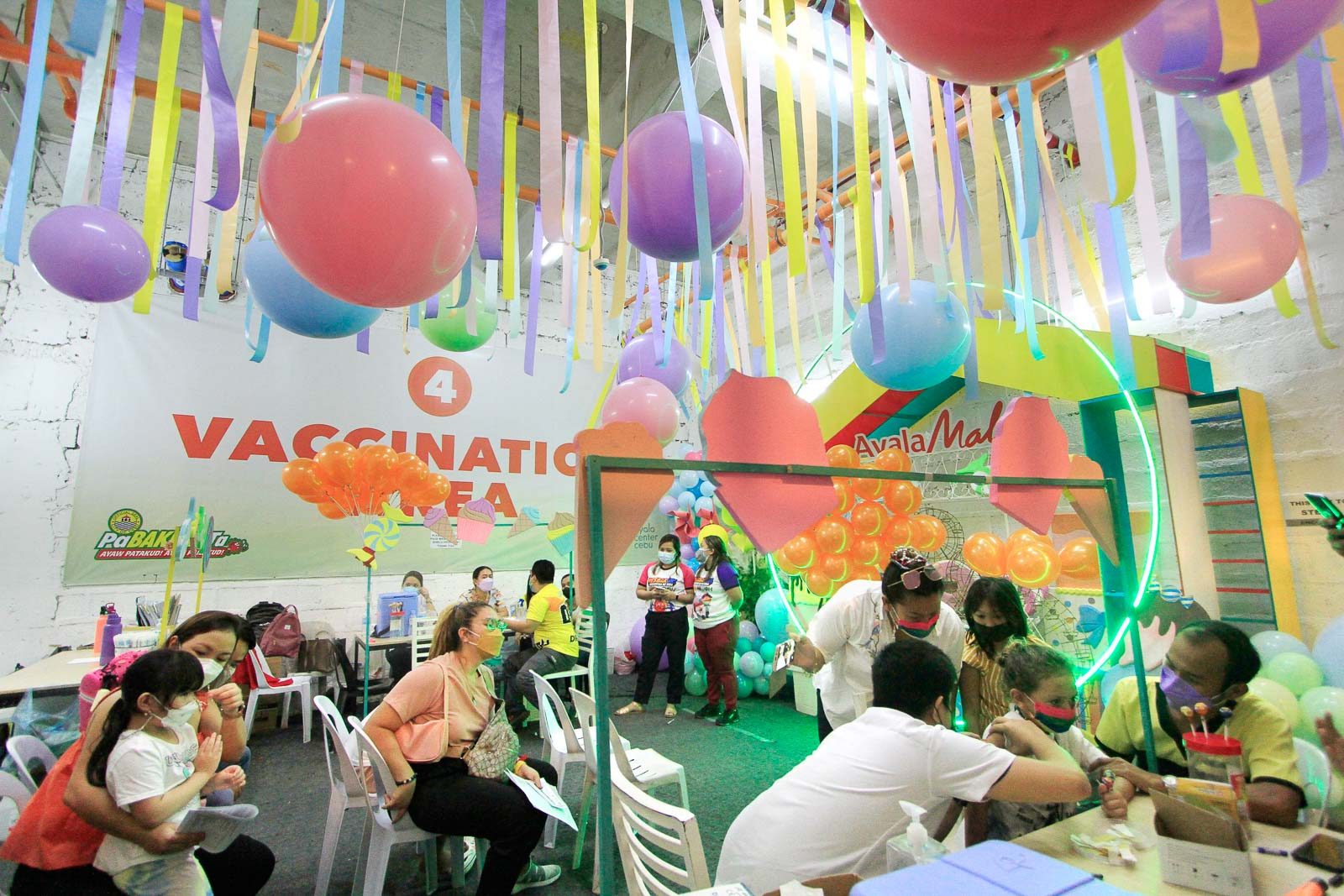 VACCINATIONS. Children 5 to 11 years old receive their first dose of vaccine against COVID-19 during the roll-out of the pediatric vaccination inside a children's party themed mall in Cebu City.

Cebu City Councilor Joel Garganera, the deputy chief implementer of the city’s EOC, said in a statement sent to reporters that the drop was due to the city’s “muscle memory” in its pandemic management.

“This is not only due to the nature of the Omicron variant, but is ultimately a result of years of experience in the pandemic response of the EOC. It is now a muscle memory for us,” Garganera said.

In comparison to previous surges, the city managed to overcome the Omicron surge in less than two months, despite its increased transmissibility.

On January 18, 22 Omicron variant cases were confirmed in Cebu.

“From being called hard-headed by the President and getting tagged as the epicenter of COVID-19 in the country last June 2020, I have witnessed how we Cebuanos have somehow learned to self-regulate,” the city councilor said. “The gravity of this pandemic has already been taken seriously by most of our constituents — after all, it hit too close to our own homes.”

While the surge died down quicker than previous ones, it also broke records in terms of new daily infections. However, the city had fewer COVID-19  deaths for this surge.

In August 2021, when the Delta variant surge occurred, the city tallied 355 deaths between August 1 to August 30.

The city’s COVID-19 bed utilization rate is also at low risk with only 187 beds being occupied out of 667, or 28% of beds in public and private hospitals, as of Sunday, February 20.

While cases are gradually decreasing, Garganera still encourages residents to get vaccinated as soon as possible.

So far, 1.8 million people in Metro Cebu have been fully vaccinated against COVID-19, or 74.30% of the eligible population. This is about 63% of the actual total population of the metropolitan area. – Rappler.com