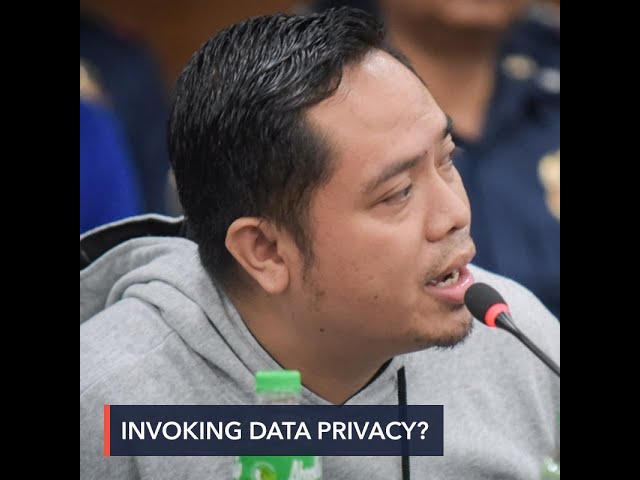 The Bureau of Corrections (BuCor) cannot invoke the Data Privacy Act to withhold information on the alleged deaths of high-profile inmates at the New Bilibid Prison like drug convict Jaybee Sebastian, a vital witness in the drug trial of Senator Leila de Lima.

“The Data Privacy Act is not a cloak for denying the public’s right to know. High-profile inmates like (Jaybee) Sebastian had become public figures on account of their previous association with particular national issues in the past,” Privacy Commissioner Raymund Liboro told reporters in a message Tuesday, July 21.

Justice Secretary Menardo Guevarra said he agreed with Liboro “at least with respect to Jaybee Sebastian, who was supposed to testify for the people in the cases against Senator De Lima at the time of his death.”

Up until Monday afternoon, after a closed-door meeting with Guevarra, BuCor chief Gerald Bantag was still invoking the data privacy law in his refusal to disclose details of the reported deaths. (READ: Secrecy shrouds the Bureau of Corrections)

The Department of Justice (DOJ) overruled them through a confirmation by its spokesperson Markk Perete who told reporters, “BuCor has confirmed that (Sebastian) was cremated.”

As to the 8 other deaths of high-profile inmates, Guevarra said “it may be prudent to await the results of the NBI investigation first.”

According to the DOJ, BuCor has a policy of cremating dead inmates within 12 hours to stop the spread of the coronavirus. The DOJ said Sebastian died of COVID-19.

“The Data Privacy Law should not be misused to blur the accountability of public officers, thwart the constitutional right to information on matters of public concern, or disregard the personal interest of the victims and all those who labored to hold the guilty liable,” Cayosa said in a statement Tuesday.

Cayosa also said “it is timely” to check if Philippine prisons comply with the United Nations standards for treatment of prisoners.

Rappler has found in previous investigations that prisoners who were already freed but hauled back to jail because of President Rodrigo Duterte’s amendment of the Good Conduct Time Allowance (GCTA) law – the so-called returnees – suffered from harrowing conditions which killed at least 4.

There has also been a high number of deaths inside Bilibid since the coronavirus lockdown, prompting questions on limited testing capacity inside prisons.

Muntinlupa City Representative Ruffy Biazon said “the family of the person, and even the public, has a right to know if the deaths that occurred in a government facility was of natural causes or wrongdoing.”

The Senate is expected to open an inquiry into the issue. – Rappler.com