For Davao lawyer who lost family members in drug war, ICC is no guarantee for justice

He belongs to a family that has lost two members, lawyers at that, to the Duterte administration’s bloody war on drugs – and they, like the thousands of mostly ordinary families, felt helpless in an environment where laws seem to favor only those in power.

Like the other relatives of those who were killed as a result of the state’s bloody campaign since 2016, Lopoz said the decision of the pre-trial chamber of the International Criminal Court (ICC) to open the investigation into the thousands of alleged summary executions in the country, including those blamed on the Davao Death Squad (DDS), was just a baby step to the quest for justice, and it guaranteed nothing.

“Don’t get us wrong. We have no illusions that the ICC will save this country or solve my brother’s murder. It is up to us, Filipinos, to do that,” said Lopoz, spokesperson of the Union of Peoples’ Lawyers in Mindanao (UPLM).

Lopoz has seen his loved ones get killed as a result of the bloody war on drugs. His brother, 41-year-old lawyer Rex Jasper Lopoz, was shot and killed in Tagum City, Davao del Norte, in 2019. His first cousin, prosecutor Rolando Lopoz Acido, suffered the same fate years earlier, in Mati City in Davao Oriental in 2016.

In Rappler's running list, Acido was the fifth lawyer killed in the so far 65 lawyer murders in the Duterte administration. Rex Jasper was the 40th.

For the Lopozes, filing the cases and holding the Duterte administration to account for what they called senseless killings was the closest they could get to justice.

Lopoz said his youngest brother’s killing was one of the last cases covered by the ICC pre-trial investigation before Duterte ordered the country’s withdrawal from the tribunal on March 16, 2019.

Rex Jasper was gunned down in front of a shopping mall in Tagum City on March 13, 2019.

Lopoz said the evidence they gathered showed that his brother’s execution was state-sponsored.

“[Rex Jasper] handled cases of drug personalities which contributed to his death,” he said.

According to a study of the Free Legal Assistance Group (FLAG), more than a dozen of the lawyers killed under Duterte were related to drugs. These were either lawyers who handled drug cases, or were linked to the drug trade themselves.

He said Acido, his cousin, was brutally killed three months after Duterte rose to power in 2016, and the case is also covered by the investigation.

Acido, an ailing prosecutor from Mati City, was shot to death as soon as he got out of his car in front of the city’s Hall of Justice on the morning of October 26, 2016.

Lopoz said riding-in-tandem hunmen attacked the defenseless Acido, who was half-paralyzed due to a stroke while he tried to perform his tasks as a prosecutor.

'I look forward to seeing Duterte in The Hague'

For Redemptorist priest Father Amado Picardal, a known staunch advocate against extra-judicial killings, the investigation is still a welcome news especially for the families of EJK victims in Davao City and across the country.

Picardal said the investigation proves that efforts to hold those responsible for the mass murders accountable have not been in vain.

“I pray that Duterte will have a long life and I look forward to seeing him in The Hague,” he said.

The priest lived in Davao for 20 years. In 2018, he recounted a close call because of his advocacy. He is associated with the Network against Killings in the Philippines (NakPhil) which he serves as spokesman.

Picardal said Duterte’s plan to run for vice president and field either his loyal aide Senator Bong Go or his daughter Davao Mayor Sara Duterte in the 2022 presidential race was a desperate attempt to save himself.

House Deputy Minority leader Carlos Isagani Zarate, Bayan Muna representative and a Dabawenyo, described the opening of the investigation into the killings from 2011 to 2019 as “a whiff of good news amid the non-stop summary executions in the country.”

Zarate said: “The time for reckoning and accountability is near. We hope the investigation starts the soonest to stem the increasing and rampant killings. This is a clear warning to rights violators that impunity is not eternal.”

Three bodies of drug war victims are exhumed as the five-year lease expired on the apartment tombs at the Manila North Cemetery on September 17, 2021. They will be cremated and their ashes will be given to their families.

Other families are hopeful that the formal investigation will result in justice for the victims.

"I am grateful that our situation and the killing of my brother are being paid attention to," Mary Jane Gerangco, 40, told Reuters in Manila. "Our hope is that our family get justice and those who are at fault must be held accountable."

Gerango's younger brother was killed by police in September 2016 after being tagged as an alleged drug dealer.

The Philippine National Police issued a statement saying the accusations were repeatedly proven to be false, and that the force "neither condones nor covers up abuses and other forms of wrongdoings in our ranks."

"Our aggressive campaign against illegal drugs will continue," the office of the police spokesperson said noting a 64% fall in the drug-related crimes in the past five years.

Remains of seven Filipinos killed under Duterte's bloody war on drugs were exhumed on Friday for cremation, after leases in public cemeteries north of the capital have expired.

"The opening of this investigation is a way, not only to get justice but also for them to heal and get closure," Catholic priest Flavie Chalaf told Reuters after blessing the remains of the exhumed victims.

"If it is true that you are clean, why must you hide," Chalaf said, addressing Duterte's government. – with a report from Reuters/Rappler.com

Albasin is a Mindanao-based journalist and an awardee of the Aries Rufo Journalism Fellowship. 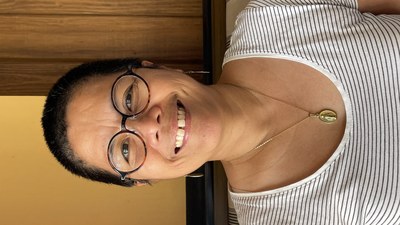