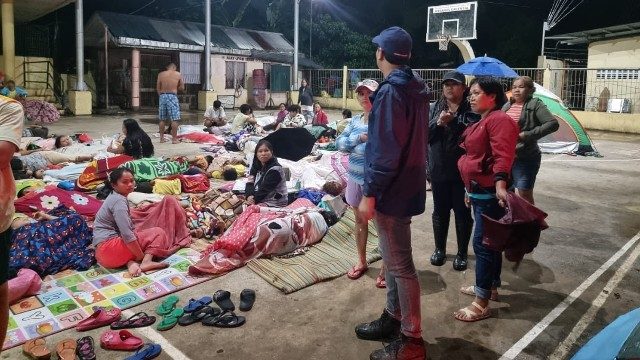 MANILA, Philippines – A total of eight people were reported dead, while three others were injured and 19 people were still missing after heavy rain dumped by a shear line triggered massive flooding in several areas of the Philippines on Christmas Day, December 25, according to the National Disaster Risk Reduction and Management Council (NDRRMC).

At least 100,691 persons or 27,133 families in 305 barangays in Mimaropa, Bicol, the Eastern Visayas, Northern Mindanao, and Caraga regions, have been affected by the floods, the NDRRMC said in its 7:00 pm situation report on Monday, December 26.

The heavy rain was brought about by a shear line, or the point where warm and cold air meet.

At least 45,813 residents spent their noche buena (Christmas Eve) in evacuation centers, according to a Department of Social Welfare and Development (DSWD) report sent to the media on Monday.

At least 118 families, or 387 persons, chose to stay in their homes or evacuated to a relative’s house, according to the DSWD.

A majority of these evacuees, or at least 34,081 of them, are from Gingoog City in Misamis Oriental, the hardest hit area in Northern Mindanao. Relief operations for affected families were ongoing, the social welfare department said in a statement.

“The DSWD is in constant coordination with its field offices in affected areas of the affected local government units to identify those residents who need food pack,” the DSWD said.

It said at least 60,905 family food packs have been pre-positioned prior to the floods. Of that number, 39,399 were prepared at the National Response Operation Center in Metro Manila, while 21,506 packs are at the Visayas Disaster Response Center in Mandaue, Cebu.

The DSWD also set aside P56.5 million for its quick response fund and P75.56 million for funds for its field offices. – Rappler.com