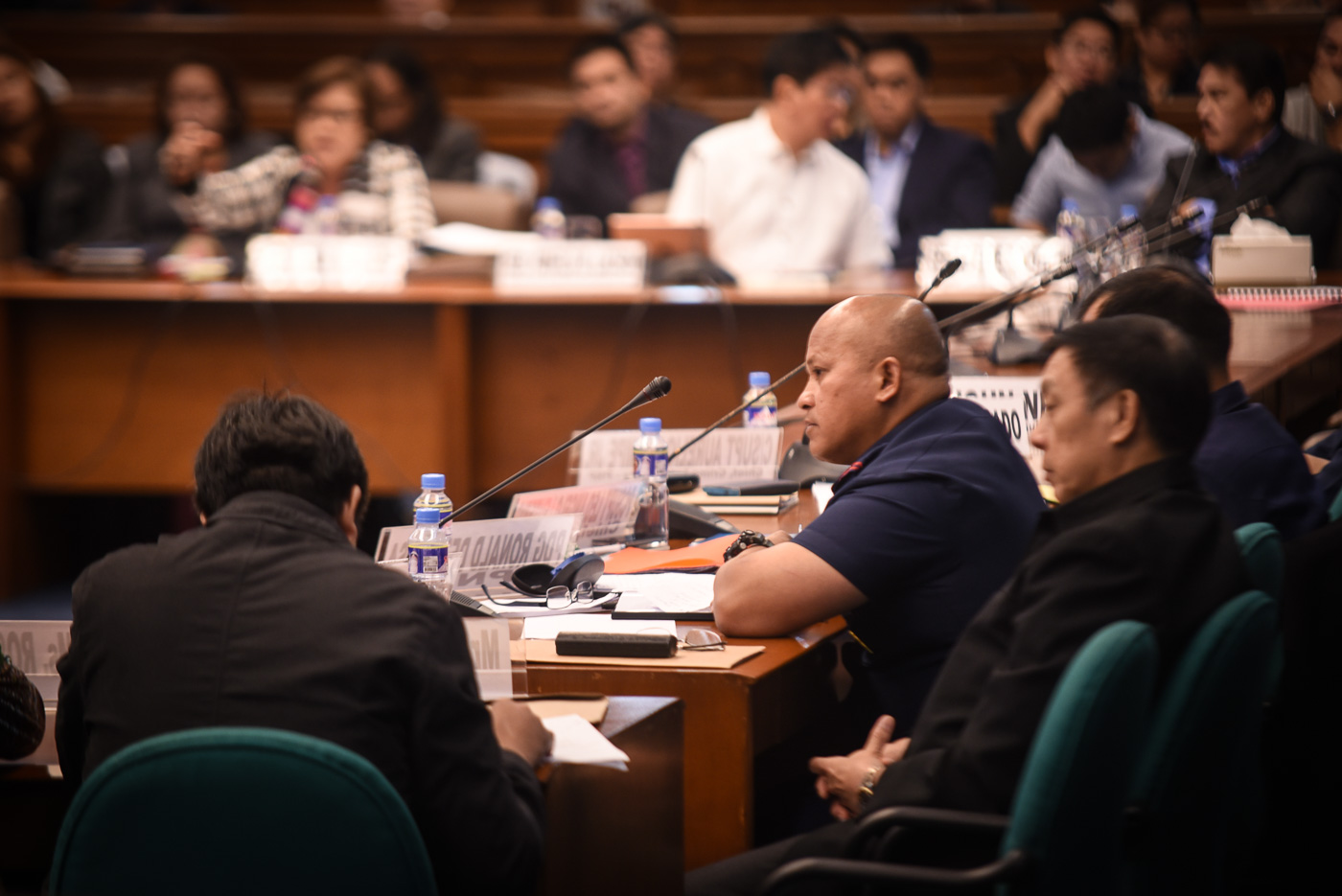 MANILA, Philippines – The so-called "Davao Death Squad" and one of its alleged former members may have been the subject of a heated Senate hearing on Thursday, September 15, but as far as the Philippines' top cop is concerned, the "DDS" is just a "creation of media."

(I've explained many times... the DDS that they're saying, it's merely a creation of the media. It's the media that created that name, Davao Death Squad. But there's no such thing as people that are part of the so-called Davao Death Squad. It doesn’t exist.)

The so-called “Davao Death Squad” is a loose group of vigilantes that supposedly targets suspected criminals in Davao City. President Rodrigo Duterte, Davao mayor for over two decades, has long been linked to the group but no case was ever filed against him.

On Thursday, during a Senate hearing on the rise of killings linked to President Duterte’s “war on drugs,” the supposed death squad took center stage after Senator Leila de Lima presented a witness who claimed that he was once one of its members.

Edgar Matobato, speaking before the Senate committee on justice, claimed to have been a member of what was then-called the “Lambada Boys,” composed of Scout Rangers based in Davao. Matobato said he was once a member of the civilian militia before he was supposedly recruited into the kill squad.

(I know there are vigilantes out there because people are dying. And ever since, you can ask Davaoeños, several times I challenged these vigilantes or this so-called Davao Death Squad to a gun duel because I don’t like these extrajudicial killings.)

Dela Rosa said he does not know Matobato personally but admitted that he’s heard the name before. Matobato, he said, is a known “gun for hire” in Davao City.

(If I had known how he looked like, I would’ve caught him long ago. And if I did, I’m sure he would fight back because he’s a hitman. But I’ve never seen his face before.)

Matobato supposedly fled Davao in 2014, after authorities tried to implicate him in the killing of Richard King, a Cebuano businessman. Matobato claimed it was Paolo Duterte, the President’s son and current vice mayor of Davao, who ordered King killed. After moving from one province to another, Matobato went to the Commission on Human Rights and later, the justice department, where he was admitted under the Witness Protection Program (WPP).

He said he left the WPP this year, a little after Duterte won the presidency during the May 2016 elections.

Asked if the PNP would investigate Matobato’s claims, Dela Rosa said they were willing to take him in and turn him into a “state witness.”

“Pero maniniwala ba kayo, magtiwala kaya ang senado samin? Ibigay kaya sa amin ng chairman ninyo (But would you believe that the Senate would trust us? Would the chairman ever turn him over to us)?” said Dela Rosa, referring to committee chairman De Lima. – Rappler.com