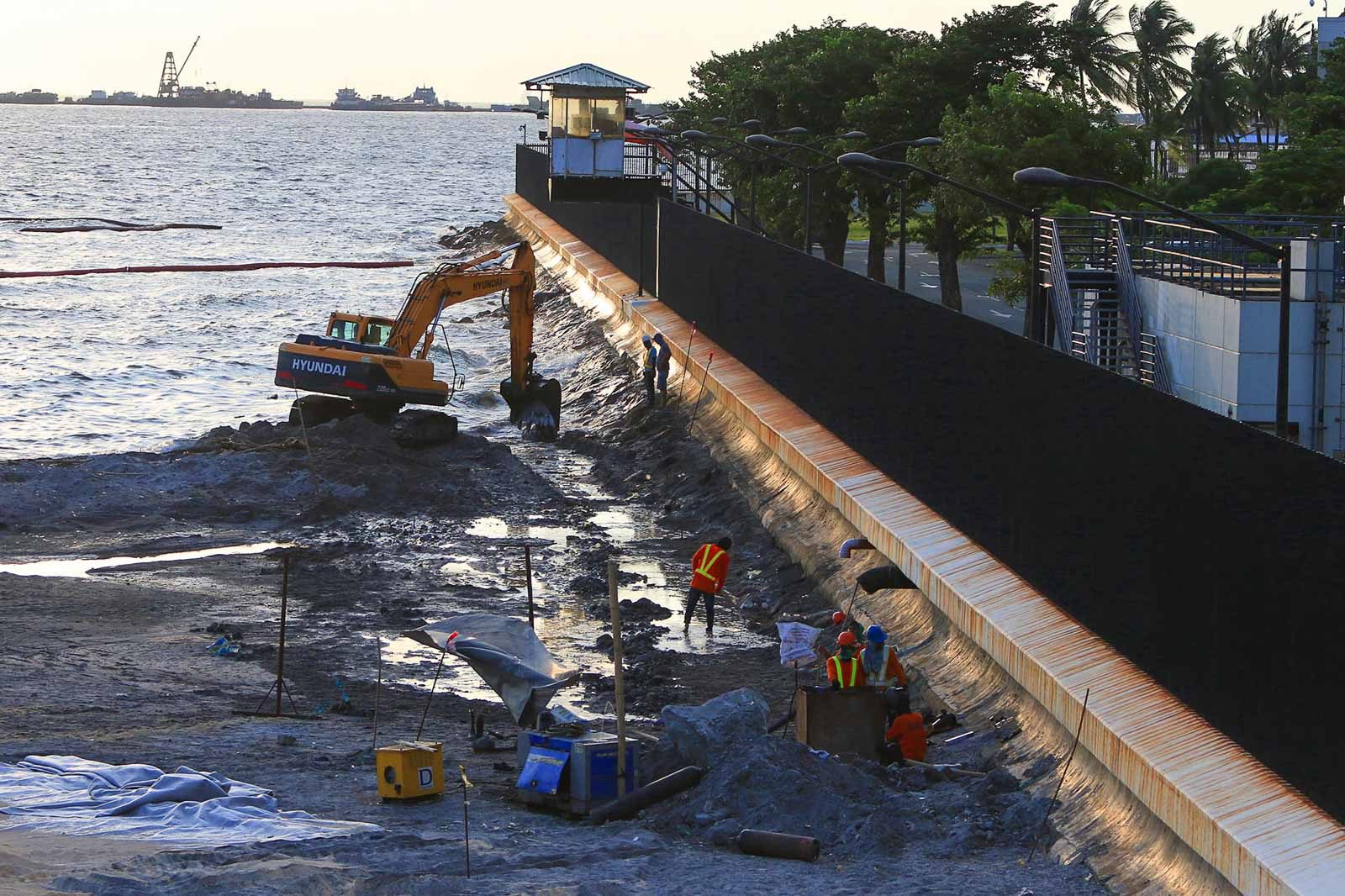 Onlookers flock to Roxas Blvd over the weekend to observe and take pictures of the the white sand placement along the shorelines of Manila Bay.

An official of the Department of Environment and Natural Resources (DENR) admitted that the controversial artificial beach currently being built in the Manila Baywalk is not found in the master plan of the state’s planning agency.

(If we pattern the program strictly with NEDA, it will take time)

NEDA is the country’s planning agency that looks into the technical aspects of major projects, as well as their feasibility and sustainability.

Leones, who was being quizzed by Muntinlupa City Representative Ruffy Biazon, explained that the beach nourishment project was modeled after projects in the United States and Israel.

In the same hearing, Leones said that the DENR expedited the projects for Manila Bay when President Rodrigo Duterte issued Administrative Order (AO) 16. He also noted NEDA was still crafting the master plan when Duterte’s AO came out.

“These are short-term activities which we believe will support NEDA’s plans in the long term,” Leones said.

He added that dolomite sand will help bring down the acidity of the water.

The entire beach project costs P389 million, P28 million of which is for the dolomite sand. (READ: FAST FACTS: What is dolomite sand, and how will it affect Manila Bay?)

DENR Undersecretary Ernesto Adobo said that the funds were sourced from the contingency fund of the Office of the President in 2019.

In January 2019, the DENR, without going into detail, said that the Manila Bay rehabilitation will be done in 3 phases:

NEDA’s plan is intended to be conducted within a 22-year period that will end in 2040.

“The Master Plan will be consistent with the Philippine Development Plan (PDP), contribute to the achievement of the AmBisyon Natin 2040 vision, and support internationally agreed goals such as those contained in the Sendai Framework for Disaster Risk Reduction (2015-2030) and the 2030 Agenda for Sustainable Development,” NEDA said. The master plan can be viewed here.

The PDP is the government’s master plan, which is anchored on the 0-10 point Socioeconomic Agenda and is geared towards the Ambisyon Natin 2040 which articulates the Filipino people’s collective vision. It also takes into account the country’s international commitments such as the 2030 Sustainable Development Goals. – Rappler.com