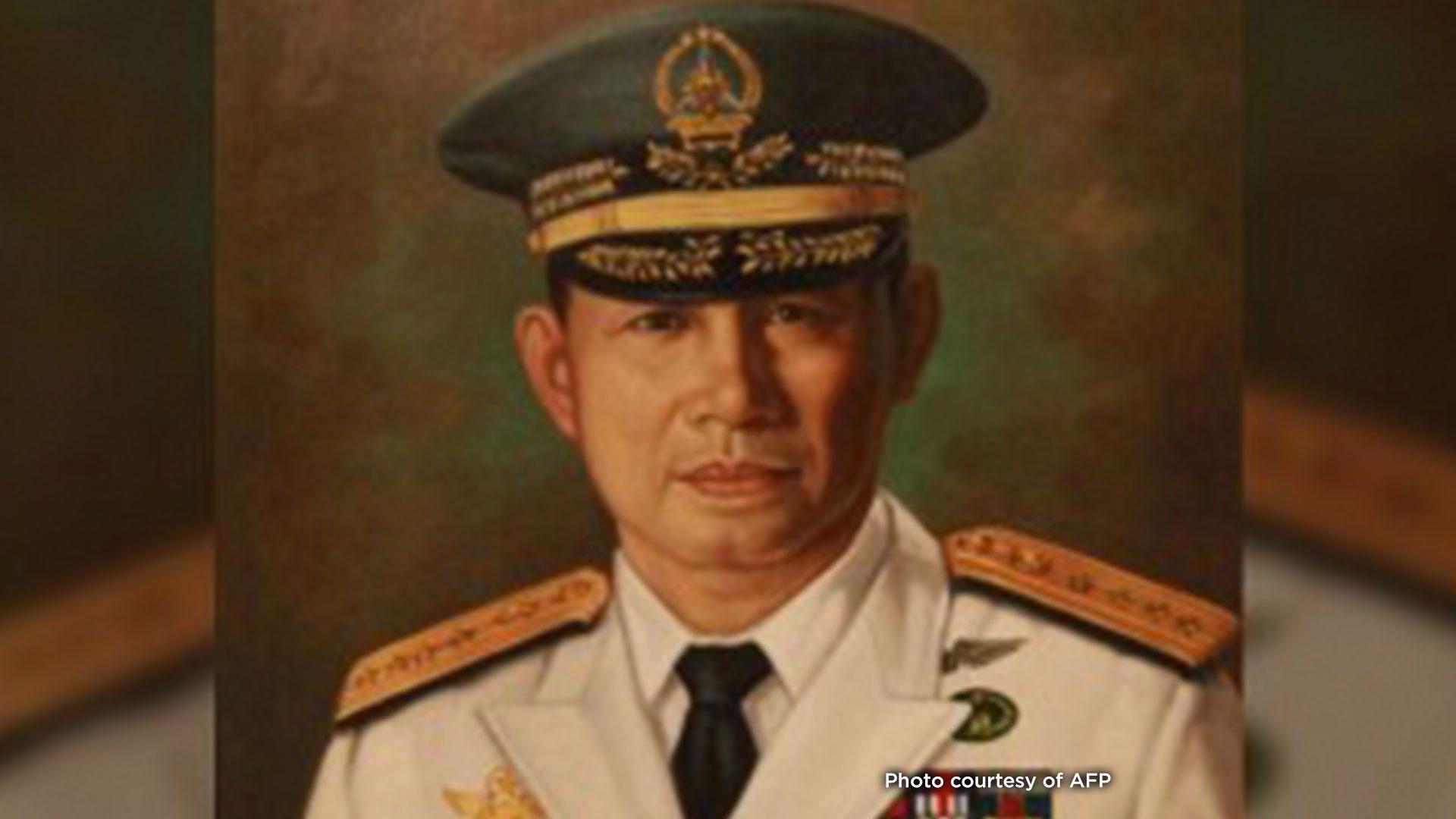 Facebook Twitter Copy URL
Copied
‘His leadership, especially during a pivotal period in our country’s recent history, inspired and propelled the military towards its continued professionalization that we continue to witness to this day,’ defense chief Lorenzana says

MANILA, Philippines – The Department of National Defense and the Philippine military mourned the passing of former Armed Forces of the Philippines (AFP) chief of staff General Lisandro Abadia.

In a statement on Tuesday, January 11, Defense Secretary Delfin Lorenzana paid tribute to Abadia’s contribution to the AFP as its former leader.

“His leadership, especially during a pivotal period in our country’s recent history, inspired and propelled the military towards its continued professionalization that we continue to witness to this day,” Lorenzana said.

The AFP, in a statement on Monday, confirmed the passing of Abadia. He was 83.

“General Abadia served as the CSAFP in the early ’90s and has paved the way for the professionalization of the military and the return of meritocracy in its promotion system. He also led the AFP Campaign Plan ‘Lambat Bitag’ that significantly decreased the strength of the communist terrorist group,” Zagala said. Serving as AFP chief from 1991 to 1994, Abadia launched the anti-insurgency campaign Oplan Lambat Bitag. The plan used the communists’ own tactics and strategies against them.

Abadia was a product of the Philippine Military Academy Class of 1962. After his retirement in 1994, Abadia headed the Asia Pacific Economic Cooperation summit held in Manila under former president Fidel Ramos.

The retired general ran for senator in the 1998 elections but lost. Later on, he was dragged into a Senate probe for allegedly misusing the retirement funds of military personnel under the Retirement and Separation Benefit System (RSBS).